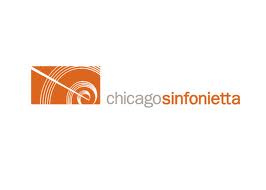 The Chicago Sinfonietta delves into the contemplative and joyful aspects of the Latin American holiday Día de los Muertos (Day of the Dead) with its annual concert, which features works by Latin American and Spanish composers that celebrate the brevity and beauty of life. Uruguayan guest conductor Gisele Ben-Dor, a noted champion of Latin American music, leads the orchestra in a program featuring bandoneón master Raul Jaurena in a selection of tangos, in addition to music from de Falla, Marquez, Chávez, Moncayo and others.

There are two chances to experience the orchestra’s concert that balances somber reflections with jubilant remembrance of the gifts left to us by our departed loved ones—first in Chicago at the Harris Theater on Thur., Nov. 1 at 7:30 p.m., followed by a performance in Naperville at Wentz Concert Hall on Fri., Nov. 2 at 8 p.m.

The first piece of the evening sets the tone of the entire evening—La vida breve (Life is Short or The Brief Life) by Manuel de Falla—which is an orchestral piece is taken from the opera of the same name. Falla captures the fierce, romantic, and creative spirit essence of Andalusian Spanish gypsies with this piece and the next one on the program—El amor brujo (Love, the Magician).

Grammy-award winner Raul Juarena joins the orchestra for the next two pieces, both tangos. The first keeps with the theme of remembrance and joy, as Astor Piazzolla’s Adiós Nonino was written in memory of his father. The second is probably one of the most famous and recognizable tangos of all time, La cumparsita, by Uruguayan musician Gerardo Matos Rodríguez, arranged for orchestra by Jaurena.

The second half begins with the sounds of the natural rhythms and sounds of life with Argentinean composer Luis Enríquez Bacalov’s Theme from the film Il Postino (The Postman). It is followed by one of Mexico’s greatest composers, Carlos Chávez’s Chapultepec, which is a proud embrace of the wonders of Mexico past and present. While Chapultepec looks back to a romantic past even as it barrels headlong into the future, Maurice Ravel’s Pavane pour une infante défunte (Pavane for a Dead Princess) is content to slowly contemplate a romantic yesterday and memorialize it. Ravel described the piece as “an evocation of a pavane that a little princess might, in former times, have danced at the Spanish court.”

The next few pieces revolve around the celebration of cultural memory. Whether they are celebrations of cultural poets—like Blas Galindo’s Poema de Neruda—or festivals of folk dances—like Arturo Marquez’s Danzon No. 4—they remind us that we live our lives not alone, but within a greater fabric of humanity.

The night closes with José Pablo Moncayo’s Sinfonietta. Moncoya shared his friend Galindo’s love of Mexico and the promise of classical Mexican music. As Moncayo describes “Blas Galindo and I went to Alvarado, one of the places where folkloric music is preserved in its most pure form; we were collecting melodies, rhythms and instrumentations during several days. The transcription of it was very difficult because the huapangueros (musicians) never sang the same melody twice in the same way.”

This concert is co-presented by the United Neighborhood Organization (UNO).

Single tickets range from $40-$50 at Wentz Concert Hall and $26-$50 at Symphony Center, with special $10 pricing available for students available at both venues. Tickets can be purchased by calling the Chicago Sinfonietta at 312-284-1554 or online atwww.chicagosinfonietta.org.

A formidable and incandescent presence on the podium,conductor Gisele Ben-Dor is currently Conductor Laureate of the Santa Barbara Symphony and Conductor Emerita of the Boston Pro-Arte Chamber Orchestra. Renowned for her interpretations of the established classics, as a Uruguayan by birth and upbringing, she is a champion of Latin American music—notably the works of Ginastera, Revueltas, Piazzolla, Villa-Lobos and Luis Bacalov—and is widely regarded as one of the world’s finest and most dedicated exponents of this repertoire. She has garnered overwhelming praise in her appearances as guest conductor with major orchestras and opera houses throughout the world. Amongst her list of past successes, Ben-Dor has led the New York Philharmonic, London Symphony, London Philharmonic, Los Angeles Philharmonic, BBC National Orchestra of Wales, Helsinki Philharmonic, Minnesota Orchestra, Houston Symphony, Orchestre de la Suisse Romande, New World Symphony, Israel Philharmonic, Jerusalem Symphony and the Israel Chamber Orchestra, as well as the Seoul and Rotterdam Philharmonics, and many orchestras in France, Italy and Latin America.

Tango master Raul Jaurena is among today’s most prominent bandoneon players. His music combines the traditional roots of the tango and the “nuevo tango” style developed by Astor Piazzolla. In 2007, Jaurena won a Latin Grammy® for Best Tango Album for his recording ofTe amo Tango. He was raised in Uruguay and his father taught him how to play the bandoneon—at the age of eight he already joined a tango orchestra. As a member various tango ensembles in the 1960s and 70s throughout South America, Raul Jaurena laid the tracks for his career. A performance together with Astor Piazzolla at the Montreal Jazz Festival was critical in his musical development. His arrangements and his skills as a composer and a solo player make him equally popular both in the USA and in Europe. He has played with Cuban Jazz saxophone player Paquito D’Rivera, Yo-Yo Ma, Giora Feidman, and others. As a soloist he plays with prominent ensembles and orchestras throughout the world. He toured through Europe with Tango Five and singer Marga Mitchell with the programAmando a Buenos Airesin 2001. He has performed at the Merkin Concert Hall in New York, the Cleveland Museum of Art World Music and Dance Series, and at the Fiedrichsbau Theatre in Stuttgart, Germany.

For 25 years, the Chicago Sinfonietta has pushed artistic and social boundaries to provide an alternative way of hearing, seeing and thinking about a symphony orchestra. Each concert experience fuses inventive new works from a diverse array of voices with classical masterworks to entertain, transform and inspire. Under the guidance of its music director Mei-Ann Chen since 2011, theorchestra is reaching new artistic heights, which have been recognized by national awards for excellence from the League of American Orchestras—one for adventurous programming and one recognizing Chen with the Helen M. Thompson Award for an emerging music director on the rise. Last season Mei-Ann Chen succeeded Sinfonietta founder Paul Freeman, a cultural and musical revolutionary who established the Sinfonietta’s mission of Musical Excellence through Diversity™.

For more information on the Chicago Sinfonietta, please visit www.chicagosinfonietta.org.