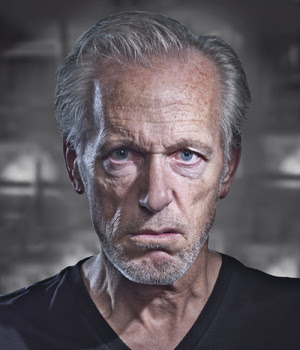 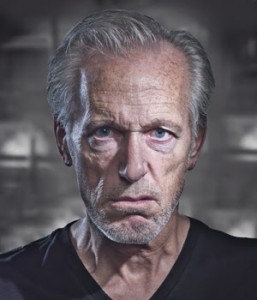 A monarch obscured by the shadows of dementia resolves to retire, and divides his kingdom among his three daughters. The unexpected consequence of losing everything that defines him is shattering, a sobering reminder that even the most powerful can be undone. Chicago Shakespeare’s contemporary production reinforces the universality of the family’s experience in the face of a parent’s decline. Woven throughout the show is the hauntingly melodic music of Frank Sinatra, echoing the memories of Lear’s former glory.

“In directing this play now three times in as many decades, I have never felt more certain thatKing Lear is now,” said Director Barbara Gaines. “Sadly, too many of us are discovering that dementia and Alzheimer’s are a part of our lives, and the lives of our friends and family. There is no greater tragedy than watching someone disintegrate—the collapse of a great mind is an irreparable loss.”

In what is often considered the seminal role of an actor’s career, Larry Yando takes on King Lear in his 23rd production with Chicago Shakespeare. The incredibly versatile Yando has been seen in roles as diverse as Prospero in The Tempest, Malvolio in Twelfth Night, the title role in Cymbeline as well as, most recently, Casca in Julius Caesar. His longstanding collaborations with Barbara Gaines date back to the early 1990s when Chicago Shakespeare was based at the Ruth Page Theater. Yando will be recognized by audiences for his portrayal of Scar in the Broadway tour of The Lion King and performances throughout Chicago, including six seasons as the iconic Ebenezer Scrooge in the Goodman Theatre’s A Christmas Carol. In addition to being named “Best Chicago Actor” by Chicago Magazine, the Jeff Award-winning actor has been honored with DePaul University’s Excellence in the Arts Award and was one of the nine national recipients of the prestigious Lunt-Fontanne Fellowship in 2010.

Ross Lehman returns to Chicago Shakespeare for his 17th production to perform the role of Lear’s loyal companion, the Fool. Most recently, Lehman appeared as Master Ford in Barbara Gaines’s The Merry Wives of Windsor and as Ragueneau in Cyrano de Bergerac. Lehman has already tackled many of Shakespeare’s great “Fool” characters with CST, including Feste inTwelfth Night, Jaques in As You Like It, Grumio in The Taming of the Shrew and Costard inLove’s Labor’s Lost.

Lear’s daughters are portrayed by Nehassaiu deGannes as the spurned Cordelia, as well asBianca LaVerne Jones and Jessiee Datino as the scheming Goneril and Regan, all in their Chicago Shakespeare debuts. Ms. deGannes recently appeared as the Nurse alongside Alec Baldwin in Equus at New York’s Guild Hall and in the 2013 Stratford Festival company, performing in Romeo and Juliet, The Merchant of Venice and Three Musketeers. Jones has worked with such esteemed theater companies as Roundabout Theatre, the Classical Theatre of Harlem and New Perspectives Theatre. Datino comes to CST from New York, where she has appeared off Broadway in The Late Christopher Bean and SIN.

A talented creative team joins Director Barbara Gaines to bring this epic production to the stage. UK Scenic and Costume Designer Mark Bailey has created a world of heightened realism, in which the increasing decline of Lear’s mental state is reflected in the decay of the world around him. King Lear includes lighting design by Michael Gend and a soundscape bySound Designer Lindsay Jones. Fight Choreographer Matt Hawkins and CST’s Resident Wig and Make-up Designer Melissa Veal complete the creative team.

For a complete listing and bios of the company and creative team, visitwww.chicagoshakes.com/Lear.

Chicago Shakespeare Theater’s King Lear will be performed September 9 through November 9, 2014 in CST’s Courtyard Theater. Tickets are on sale now for $48–78 with special discounts available for groups of 10 or more, as well as CST for $20 tickets available for patrons under 35. All patrons receive a 40% discount on guaranteed parking in Navy Pier garages. For more information or to purchase tickets or a season subscription, contact Chicago Shakespeare Theater’s Box Office at 312.595.5600 or visit www.chicagoshakes.com.

Chicago Shakespeare Theater (CST) is a leading international theater company and the recipient of the Regional Theatre Tony Award®. Under the leadership of Artistic Director Barbara Gaines and Executive Director Criss Henderson, CST is dedicated to producing extraordinary production of classics, new works and family fare; to unlocking Shakespeare’s work for educators and students; and to serving as Chicago’s cultural ambassador through its World’s Stage Series. Through a year-round season encompassing more than 600 performances, CST attracts 200,000 audience members annually. One in four of its audience members is under eighteen years old, and today its education programs have impacted the learning of over one million students. CST is proud to take an active role in empowering the next generation of literate, engaged cultural champions and creative minds. Visitwww.chicagoshakes.com.