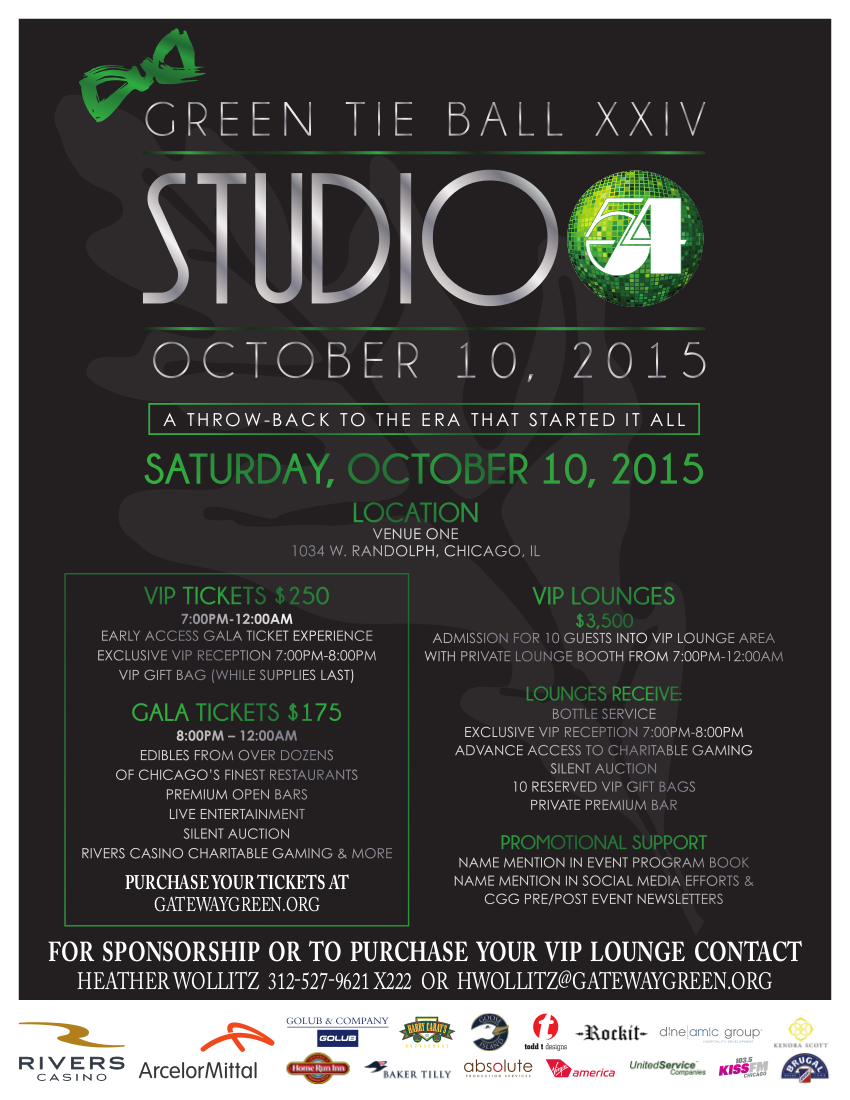 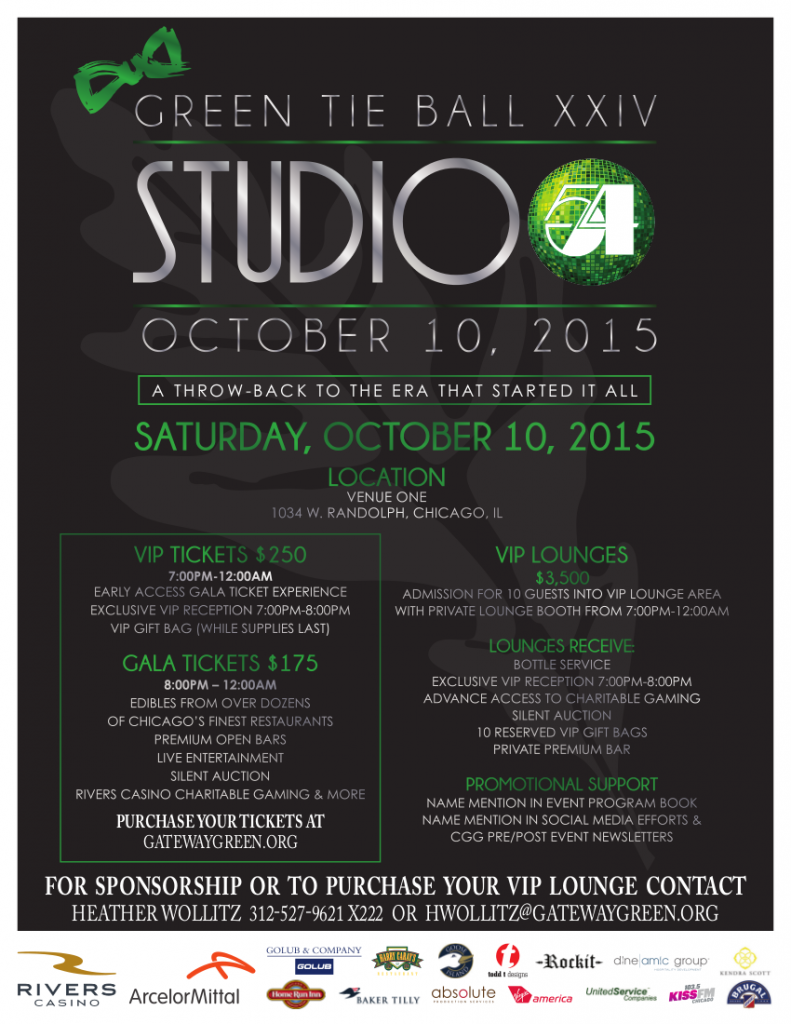 Join Chicago Gateway Green (CGG) for this year’s Green Tie Ball XXIV “Studio 54”, which will raise funds for their CGG’s Expressway Partnership Program. The proceeds from this year’s ball will be used to create and maintain beautiful, sustainable landscapes along Chicago’s major expressways; thereby, reducing air and noise pollution and adorning the gateways into the surrounding communities. CGG has raised over $5 million, to date, which goes to helping maintain 107 gardens on all local expressways going to-and-from downtown Chicago, allowing them to pick up over 1.5 million pounds of litter since inception.

The evening will include MTV’s “Artist to Watch”, Matt LeGrand, who will take the stage to perform several songs including his debut single, “Spring Break GRL”. Additional performances by Chicagoland’s hit performers Matt Roan, Justin Jacobsen, Eddie Mills, DJ Rock City, and the Dr. Bombay Band. The night will also incorporate a number of charitable casino gaming tables, provided by Rivers Casino, from Roulette, Blackjack to Craps. Special appearances will be made by the city’s most charitable pup, “Manny the celebrity French bulldog” and several TV personalities.

Details: Throughout the evening, guest will enjoy inspiring images of the CGG’s Expressway Partnership Program, which will be featured and displayed on projected screens. Guests can also participate in the silent auction (packages include: full team autographed Blackhawks hockey stick, vacation packages, airline tickets, Hamilton jewelry and Kendra Scott jewelry, and many more).

Chicago Gateway Green is rooted in the spirit of civic pride and leadership first established in 1986 by our visionary founder, the late Donald J. DePorter. Chicago Gateway Green was founded on the belief that beauty and sustainability go hand-in-hand, and continues to lead the charge in greening and beautifying the great city of Chicago together with our partners. Chicago Gateway Green developed the Expressway Partnership program in 1999, joining the City of Chicago, the State of Illinois and Chicago’s corporate community to transform the city’s expressways into beautifully-landscaped parkways. Distinct from traditional ‘adopt-a-highway’ programs, Chicago Gateway Green develops and maintains sweeping landscapes which feature our sponsors, creating green ribbons of sustainable landscapes weaving throughout the city. Then and now we rely on that commitment and spirit of service to support the work of creating a beautiful and green Chicago that can be sustained well into the future. To learn more about Chicago Gateway Green, please visit gatewaygreen.org.