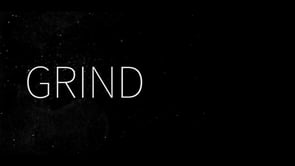 CHEMICALLY ALTERED and TELLY LEUNG PRODUCTIONS have announced the public premiere of their new musical short film GRIND: THE MOVIE starring Anthony Rapp (If/Then, Rent), Claire Coffee (“Grimm,” “The West Wing”) and Pasha Pellosie (“The Carrie Diaries”) on October 1. GRIND: THE MOVIE is written and directed by Zachary Halley and features music by Derek Gregor and lyrics by Selda Sahin. After winning honors at film festivals around the country, the movie will be available to stream at GrindShortFilm.com. Starting today, an exclusive screening is available at Out.com. Due to adult themes, viewer discretion is advised. The digital soundtrack EP – with five new songs performed by Anthony Rapp and Eric Michael Krop – is available on iTunes and other online outlets from Yellow Sound Label.

GRIND: THE MOVIE is a short film musical that takes a sexy and creative look at contemporary hook-up culture in gay life. Asking “Do you really know who you’re talking to?,” the all-star cast takes us on a musical journey of love and connection in an era where who we are is defined by our online personas. In a new twist of the classic Cyrano story, Thane (Pellosie) plays a traditional “hot” guy who – with the help of his inquisitive roommate Autumn (Coffee) – enlists the eloquence of his witty but shy friend Vincent (Rapp) to charm his way into meeting guys. But Vincent is through with advising from the sidelines, and soon reveals his own dark agenda. The story is enhances by a pop/electronica score which combines musical theater storytelling with a bold Top 40 sensibility.

“GRIND was inspired by my experiences and those of friends using hook-up apps, the thrill of the chase and emptiness after it was over,” says writer/director Zachary Halley. “The concentrated emotional experience seemed a perfect fit for a film. The gay community is fragmented in a way it hasn’t been since we were all in the closet and these apps seems to exacerbate the situation. Maybe if people talk about the issue, we can change the way we interact with each other. But GRIND is not a morality tale. We just want everyone to love the songs, laugh at the recognizable parts from their own lives, and have a good time.”