CASTING IS COMPLETE FOR “SPAMILTON,” THE SMASH OFF-BROADWAY HIT BEGINNING AT THE ROYAL GEORGE THEATRE MARCH 3

“Spamilton,” the critically acclaimed off-Broadway parody of Lin-Manuel Miranda’s sensation, “Hamilton,” has set casting for its regional premiere in Chicago at the Royal George Theatre (1641 N. Halsted). Created by Tony Award honoree Gerard Alessandrini, the mastermind behind “Forbidden Broadway,” the “smart, silly and compulsively funny show” (The New York Times) features an all-Chicago ensemble including Donterrio Johnson, Adam LaSalle, Michelle Lauto, Eric Andrew Lewis, Yando Lopez and David Robbins. “Spamilton” begins performances Friday, March 3 at the Royal George Theatre’s Cabaret/Studio Theatre. The Press Opening is set for Sunday, March 12 at 7:30 p.m. Tickets ($59 – $99) can be purchased at the Royal George Theatre’s box office online or by calling 312.988.9000.“We couldn’t have been more thrilled by Chicago’s pool of incredible talent,” said Alessandrini.  “We hope ‘Spamilton’ will be as lively and hysterically funny as ‘Hamilton’ is provocative. It is a tall order, but we are going to try to make Chicago a happier town than ever and keep the audience roaring with delight.”

“Spamilton” celebrates, roasts and eviscerates the Broadway blockbuster with its versatile cast of six. In its world-premiere production off-Broadway in New York, the show has been extended three times and is now in its fifth smash month at the Triad. The New York production earned rave reviews across the board, hailed as “the next best thing to seeing ‘Hamilton’” (The New York Times), “so infectiously fun,” (The Hollywood Reporter) and had Lin-Manuel Miranda exclaiming “I laughed my brains out!”

About the Artists of “Spamilton”

Gerard Alessandrini (Creator) is best known for creating and writing all 25 editions of “Forbidden Broadway” in New York, Los Angeles, London and around the world. Alessandrini was featured in the original 1982 cast of “Forbidden Broadway” and can be heard on four of the 12 “Forbidden Broadway” cast albums. He also sings on the soundtracks of the Disney classics “Aladdin” and “Pocahontas.” Television credits include writing comedy specials for Bob Hope, Angela Lansbury and Carol Burnett. Directing credits include Maury Yeston’s musical “In the Beginning.” Recent musicals which he co-wrote and/or directed include “Madame X” (NYMF 2011) and “The Nutcracker and I,” featuring a complete Tchaikovsky score with all new lyrics by Alessandrini. As a director, he’s currently working on an upcoming revue focusing on the songs of Maury Yeston entitled “Anything Can Happen (In the Theater).” Alessandrini is the recipient of an Obie Award, two Lucille Lortel Awards, a Lifetime Achievement award from the Drama League, and seven Drama Desk Awards. Alessandrini was also awarded an Honorary Tony Award for Excellence in the Theatre.

Adam LaSalle’s (Pianist/King George) Chicago musical direction and piano credits include “24 Words” (Stage 773); “Nunsense” (Beverly Arts Center); “Rebel” (Theatre Wit); and a number of revues, concerts, and cabarets at the Promontory and as a regular at Davenport’s Piano Bar and Cabaret in Wicker Park. Some favorite roles he’s performed include Jesus in “Godspell,” Tommy Albright in “Brigadoon” and the Pirate King in “Pirates of Penzance.” LaSalle has also accompanied and music directed with Memphis’ Playhouse on the Square Musical Theatre Education Program, The Chicago Children’s Choir, ChiArts, SummerSing’s International Choral Festival in Cork City, Ireland and a number of musicals for the Souza Scholarship Theatre Program in Orange County, New York.

Eric A. Lewis (Male Three) was last seen in Theatre at the Center’s production of “My Way: A Tribute to Frank Sinatra.” His Chicago credits include “The Little Mermaid,” “In the Heights” and “Tommy” (Paramount Theatre); “Dreamgirls” (Porchlight Music Theatre); “Once Upon a People” (Black Ensemble Theater); “Parade” (BoHo Theatre); “How to Succeed in Business,” “Sister Act” and “Suessical the Musical” (Marriott Theatre); and “Dreamgirls” (Milwaukee Repertory Theater).

David Robbins (Male Four) is a Chicago native, an alumni of The Chicago Academy for the Arts and attended Baldwin Wallace University. Robbins’ regional credits include “Memphis,” “Rent,” “Once on this Island,” “Avenue Q” and “Phantom of the Opera.” 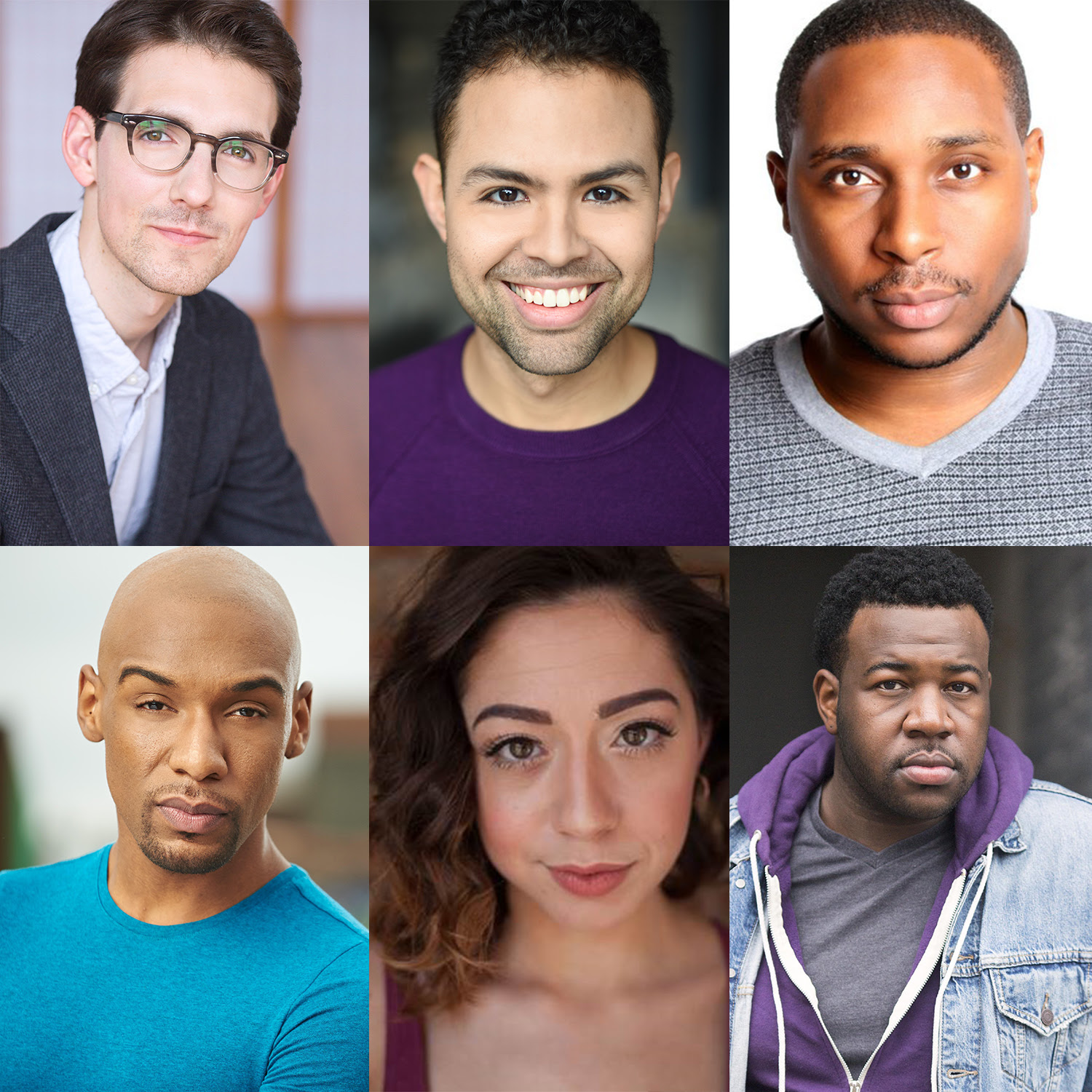