Casting announced for ‘Xanadu’ at ATC 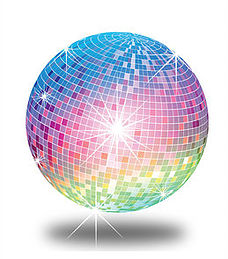 American Theater Company (ATC), 1909 W. Byron Street, announces casting for the musical comedy Xanadu, the final production of its Legacy Season. Presented as a tribute to ATC’s late Artistic Director PJ Paparelli—a not-so-secret fan of this camp classic—Xanadu is directed by Lili-Anne Brown and runs at ATC May 27-July 17, 2016 (press opening Wednesday, June 8). The production has music and lyrics by Jeff Lynne and John Farrar and a book by Douglas Carter Beane, based on the 1980 Universal Pictures film of the same title.

Xanadu takes place in Venice, California in 1980. Struggling artist Sonny Malone seeks to create his own version of the American dream by renovating an abandoned warehouse into a venue for world-class entertainment – a roller disco! A hilarious and modern update of the1980’s camp classic, Xanadu celebrates the artist’s muse, even when it comes from the most unlikely of places.

“ATC’s production of Xanadu is for PJ Paparelli.  He was cherished for his incisive and powerful productions of complicated and difficult stories; who knew his guilty pleasure wasXanadu?
We are concluding PJ’s legacy season with the wild exuberant and campy fun of Xanadu in a production only ATC could pull off,” said ATC’s newly named Artistic Director Will Davis. “Come celebrate PJ with us and bring your skates!”

Single tickets for Xanadu range from $48-$58; tickets purchased by May 1 are only $30! Student tickets are available for $15 with valid student ID in-person at the Box Office.

More information and tickets are available by visiting the ATC Box Office at 1909 W. Byron Street, by calling 773-409-4125 or visiting www.atcweb.org.

Missy Aguilar (Calliope) most recently appeared as Baby Rose in Babes in Arms, Oolie/Donna in City of Angels with Porchlight Music Theatre and U/S Ivy (performed) in The Man Who Murdered Sherlock Holmes with Mercury Theatre. Last spring and summer she was happy to spend on the pier at Chicago Shakespeare Theater with Disney’s The Little Mermaid(Atina/Ensemble, U/S Ursula), and Sense and Sensibility: A New Musical(U/S Fanny/Mrs. Jennings, performed). Ms. Aguilar’s other recent Chicago area credits include: Women on the Verge of a Nervous Breakdown (Ivan’s Concierge, U/S Lucia) andThe Beverly Hillbillies (Cousin Pearl/Gloria) with Theatre at the Center; Les Miserables(Ensemble & U/S Mdme. Thenadier) with Drury Lane; Nunsense (Sister Hubert) with Fox Valley Repertory; and In The Heights (Ensemble & U/S Abuela Claudia) with Paramount Theatre.

Karla L. Beard (Melpomene) returns to ATC after appearing in Rent. She has appeared in Second City productions of What the Tour Guide Didn’t Tell You in the Up theatre, Soul Brother, Where Art Thou, Rush Limbaugh! The Musical, The Absolute Best Frigging Time of Your Life on the ETC stage, an assortment of Second City BizCo productions, several episodes of Chicago Live! and briefly in The Second City Guide to the Opera and Let Them Eat Chaos. TV/Film credits: Chicago PD, Empire, Mind Games and a variety of commercials. Other credits include: Mamma Mia! (National Tour); Doubt and Little Shop of Horrors (Peninsula Players); Sunday in the Park with George, Anyone Can Whistle andPrincess and the Black-eyed Pea (Ravinia); The Amen Corner (Goodman Theatre and Huntington Theatre); The Piano Lesson (Madison Repertory Theatre; artist and music director); Miss Saigon and Hot Mikado (Marriott Lincolnshire); Ain’t Misbehavin’ (Arkansas Repertory); and Ragtime (Porchlight Theater). Ms. Beard received Jeff Nominations for her portrayals of the title character in the Midwest premiere of Dessa Rose, TiMoune in Once on This Island and Young Barbara Jordan in Voice of Good Hope at Victory Gardens.

John Farrar (Music and Lyrics) is a music producer, guitarist, singer, and former member of the British rock group, The Shadows. He worked extensively with Olivia Newton-John, producing fourteen of her albums and writing many of her hit singles, including “You’re the One That I Want” (Golden Globe nom.), “Hopelessly Devoted to You” (Academy Award nom.), and “Have You Never Been Mellow.” He co-wrote with Tim Rice songs for the 1995 musical, Heathcliff, and collaborated with Francis Ford Coppola to create songs for a new musical, Gidget.

Lili-Anne Brown (Director) is the Artistic Director of Bailiwick Chicago. She received the Joseph Jefferson Award in 2014 (Direction of a Musical) for her direction of Ahrens & Flaherty’s Dessa Rose. Other directing credits include: Michael John LaChiusa’s See What I Wanna See (Steppenwolf Theatre Garage Rep), the critically acclaimed Chicago premiere of Passing Strange (BTA Award for Best Director of a Musical, Jeff Award nomination for Best Director of a Musical), and the world premiere of Princess Mary Demands Your Attention by Aaron Holland, for Bailiwick Chicago; On the Boards and Hearts of Darkness at Roosevelt University; and Hairspray, Unnecessary Farce, Cabaret, Sweet Charity, The 25th Annual Putnam County Spelling Bee, and Buddy: The Buddy Holly Story, all at Timber Lake Playhouse, where she is an Artistic Associate. Upcoming next season: American Idiot at Northwestern University and Jabari Dreams of Freedom by Nambi Kelley at Chicago Children’s Theatre. She works as an actor, director and educator, both locally and regionally, and is a member of Actors’ Equity Association and SAG-AFTRA, and an associate of SDC. Lili-Anne is a Northwestern University graduate (Performance Studies), and a proud native Chicagoan.