Casting Announced For Porchlight’s SIDE SHOW 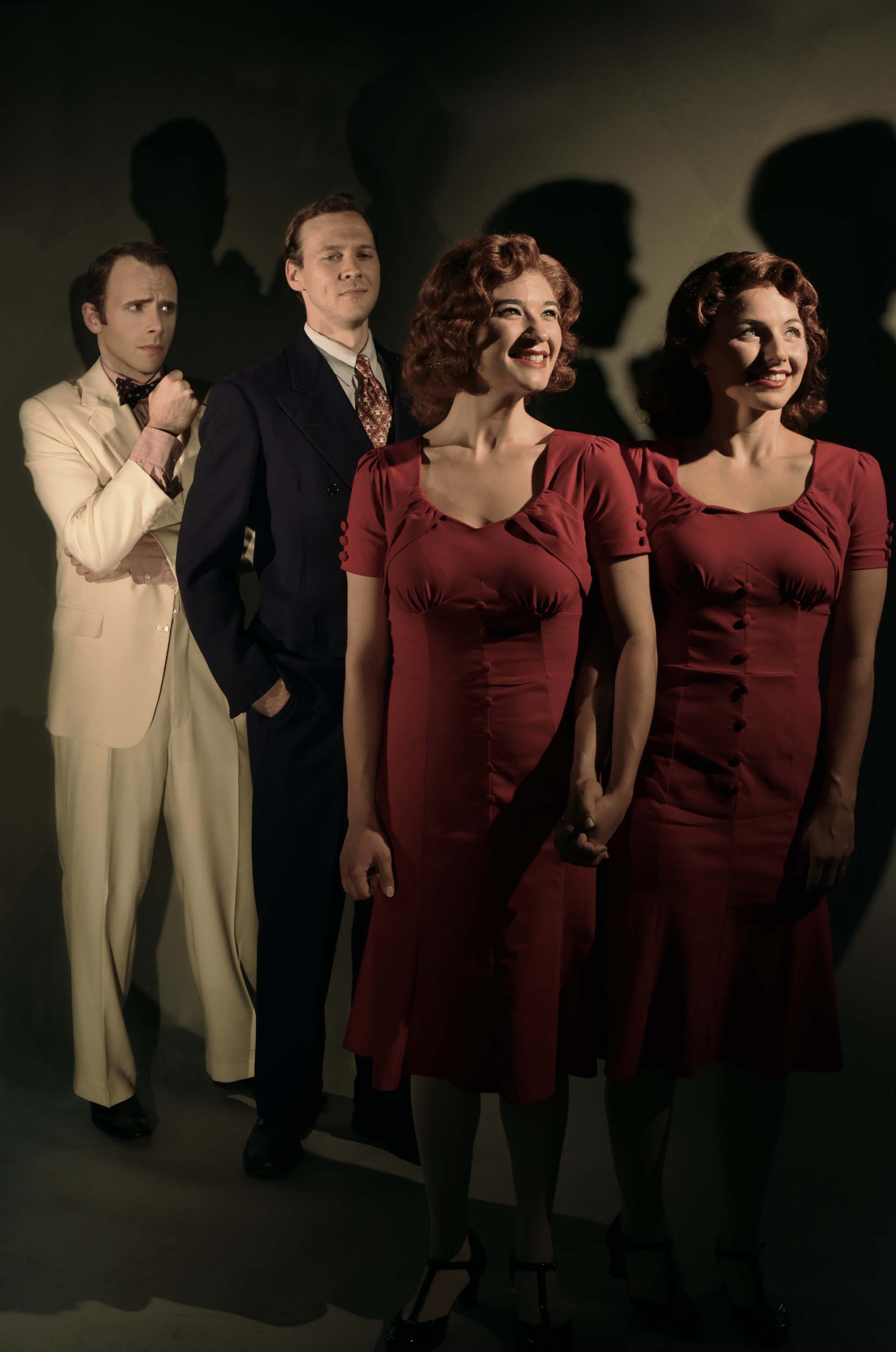 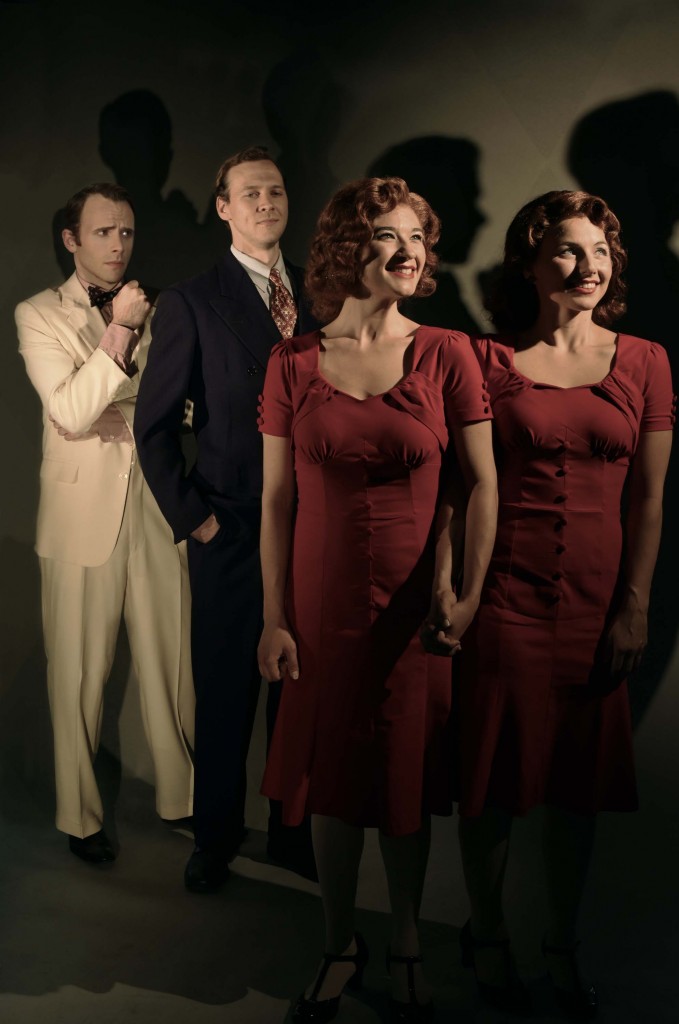 Michael Weber, artistic director of Porchlight Music Theatre, is proud to announce, the casts of the Chicago premiere of the 2014 revision of Side Show, the return of Porchlight’s hit Ain’t Misbehavin’, multi-Jeff Award-winner Summer Naomi Smart starring in the Chicago premiere of Far From Heaven, and Porchlight Music Theatre’s 2015 – 2016 artistic leadership for its four Mainstage productions.

“This season Porchlight continues to expand its base as Chicago’s home for intimate, intelligent and thrillingly home-grown music theatre productions,” said Artistic Director Michael Weber. “We are honored to welcome the artistry of Summer Naomi Smart to star in Far From Heaven as “Cathy Whitaker,” the role originally created by Julianne Moore in the award-winning motion picture and by Kelli O’Hara in the recent Off-Broadway premiere of this musical adaptation, to celebrate the return of our Jeff Award-recognized company of Ain’t Misbehavin’, and to introduce to Chicago our outstanding cast for the Chicago premiere of the newly revised Side Show. Additionally, our veteran artistic associates and I are grateful for the opportunity to collaborate with such accomplished artists like Aaron Benham, Andrew Waters, Chuck Larkin, William Carlos Angulo and Chris Carter, all making their Porchlight Mainstage debuts this season,” Weber continued.

All Porchlight Mainstage productions take place at Stage 773, 1225 W. Belmont Ave. A variety of discounted subscriptions to the Mainstage Season are currently on sale as well as single tickets for the entire season including the popular Porchlight Revisits… series of “lost musicals” in staged concert and the inaugural New Faces Sing Broadway music revue series debuting at Chicago’s Uptown Underground this fall. Subscriptions are available at porchlightmusictheatre.org or by calling 773.777.9884. Single tickets may be purchased at porchlightmusictheatre.org or 773.327.5252. Groups of ten or more may receive discounts on tickets purchased via Group Theater Tix at312.423.6612 or grouptheatertix.com.

Detailed information for each production, including casts and artistic staff, is listed below.

Book and Lyrics by Bill Russell

There is no Thursday 7:30 p.m. performance September 17 and October 8.

Tickets are $35 for preview performances, $50 for the opening night performance and reception, $39 for Thursday performances and $45 for all other performances.

The recipient of Tony Award-nominations for both “Best Score” and “Book of a Musical,” Side Show is inspired by the true-life story of the legendary conjoined twin circus, vaudeville and movie stars The Hilton Sisters, Daisy and Violet, and their search for love and acceptance amidst the spectacle of fame and scrutiny while under the spotlight of public opinion. Set against the backdrop of 1920s and ‘30s show business, Side Show seamlessly blends the worlds of carnival, vaudeville, and Hollywood glamour in a haunting and sympathetic story of extraordinary humanity.

Porchlight was personally contacted and invited by the authors to present the exclusive first post-Broadway production of their newly revised version that debuted in 2014. Featuring news songs and additional details of the Hilton twins’ true life story, this presentation will be still further refined through the intimate vision of the Porchlight lens to create a newly conceived experience in the telling of the lives of these two astonishing women.

Colleen Fee makes her Porchlight Music Theatre debut with this production. Her Chicago debut was in The Sound of Music at Lyric Opera directed by Mark Bruni and Off-Broadway she appeared as “Mrs. Pink” in Pinkalicious at New World Stages. Credits include “Belle” in A Christmas Carol at Syracuse Stage, “Kate Harris” in Never Too Late at The New Theatre, and starring as the title character in the national tour of Junie B. Jones with Theatreworks USA.

Matthew Keffer returns to Porchlight Music Theatre where he received raves for his performance in the Chicago premiere of Sondheim on Sondheim and where he was also seen in the Porchlight Revisits production of Golden Boy. The recipient of the 2015 Non-Equity Jeff Award as “Principal Actor in a Musical” for The Wild Party at Bailiwick Chicago, Keffer recently appeared at Chicago Shakespeare Theater in the world premiere of Sense and Sensibility. Other Chicago credits include Juno (TimeLine Theatre Company); Cymbeline and The Rainmaker (First Folio Theatre) and Aspects of Love (Theo Ubique Cabaret Theatre).

Devin DeSantis makes his Porchlight Music Theatre debut with this production. One of Chicago music theatre’s most in-demand leading men, he can currently be seen in the Marriott Theatre’s production of City of Angels. At the Paramount he starred as Tommy and in Les Miserables and at Drury Lane he starred as Young Frankenstein. Other credits include “Matthew” in Altar Boyz at the Broadway Playhouse; The Three Musketeers at Chicago Shakespeare Theatre; The Most Happy Fella starring George Hearn and Anyone Can Whistle starring Patti LuPone and Audra McDonald at the Ravinia Festival. Broadway/Off-Broadway: “Levi” in The Magdalene at the Theatre at St. Clements and The Radio City Christmas Spectacular.

Michael Weber is Porchlight’s artistic director and previously served as artistic director for the inaugural season of Drury Lane Theatre Water Tower Place (now The Broadway Playhouse) and at Theatre at the Center (1998-2004). His productions of Pal Joey and Assassins at Porchlight Music Theatre, Grand Hotel at Drury Lane Theatre Water Tower Place and She Loves Me at Theatre at the Center were each nominated for the Joseph Jefferson Award for Best Production-Musical. Most recently he directed Porchlight’s A Funny Thing Happened on the Way to the Forum and Living the History-125 Years of The Auditorium Theatre starring Patti Lupone, John Mahoney and stars of Lyric Opera of Chicago, The Joffrey Ballet, Alvin Ailey American Dance Theater and more, as well as Sweeney Todd: The Demon Barber of Fleet Street. Other highlights include Fifth of July and Talley’s Folly at the Oak Park Festival Theatre,The Petrified Forest at Theatre at the Center, Beauty and the Beast at Marriott Theatre, Over the River and Through the Woods at The Mercury Theater, and Cirque du Symphony at Sears Center Arena. The recipient of two Joseph Jefferson Awards, he has written and directed the past eight Joseph Jefferson Awards ceremonies. A Central Region Board Member of Actors’ Equity Association, Weber is proud to serve as a pledge host on WTTW, Channel 11. He is also the author of the play, WAR of the WELLeS.

Henry Krieger, while composing for Off-Broadway, met lyricist Tom Eyen, and together they created the score for Dreamgirls, which received six Tony Awards, including a nomination for Krieger’s score. Dreamgirls also won the 1982 Grammy Award for Best Original Cast Album. In 1997, Krieger and Bill Russell collaborated on Side Show, for which he was nominated again for the Tony Award for Best Score in 1998. Krieger and Russell collaborated again for the Radio City Musical Hall Christmas Spectacular, penning the opening number “Santa’s Gonna Rock and Roll”. Krieger also wrote the four additional songs in the 2006 Dreamgirls film adaptation. Upcoming projects for Krieger include: The Flamingo Kid, Fried Green Tomatoes and Moonstruck.

ABOUT BILL RUSSELL (Book and Lyrics)
Side Show was Bill Russell’s Broadway debut as a writer, and he was nominated for the Tony Award for Best Book in 1998. In 2002, Russell directed a production of Side Show at Park Square Theatre in St. Paul Minnesota. Russell and Krieger continued to collaborate on an adaptation of the ugly duckling fable entitled Everything’s Ducky, as well as the musical Kept with Scott Schwartz and Stephen Chbosky. He is currently writing a musical entitled Unexpected Joy, and recently premiered a new musical entitled The Last Smoker in America in 2010, which then opened off-Broadway in August 2012.