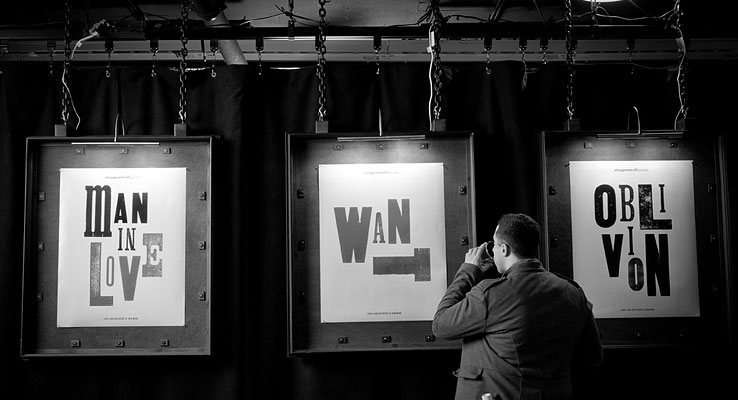 The Steppenwolf Garage is dedicated to new plays, new artists and new audiences for the American theater. Since the inaugural repertory in 2010, Garage Rep has brought the work of 15 storefront theater companies in Chicago to the Steppenwolf stage.

Chicago, 1995: An intense heat wave has gripped the city with temperatures soaring above 100 degrees. 739 people die, mostly people who are poor, elderly, or minorities with nowhere to seek shelter. As the morgues overflow, the city’s emergency response team is called into question. The Mayor’s Office combats the criticism with a PR campaign that successfully turns the blame onto the victims and their families. As Chicago approaches the 20th anniversary of that summer, Heat Wave tells the story of the people who were made invisible, the hard working citizens who fought to uncover the truth and the resilient Chicago community that suffered, yet carried on.

Cooper and Bennett feel helpless and frightened when one of their friends is the victim of an assault outside a local bar. Then, they feel something new: pure, unfiltered rage. Their rage erupts into action amidst an intense political campaign as the best friends tread down a dark and hilarious path to rectify the wrong. Angry Fags is an Oscar Wilde-meets-Tarantino fever dream about how good ideas go bad, with fascinating forays into American politics, bomb building, and pistachios. “It doesn’t get better. We have to MAKE it better.”

The Walk Across America for Mother Earth

By Taylor Mac, with music by Ellen Maddow

Political activism meets bedazzled drag show in this story about two young friends who flee their suburban upbringing in “Real America” to join a ragtag group of activists on a protest march from D.C. to Nevada. On the road, the group attempts to establish a nomadic utopia, but the marchers continually find themselves divided by unrequited affections, indecision, and a secret hunger for power. Whimsically blending commedia dell’arte influences with song and dance, The Walk Across America for Mother Earth explores how the idea of community sometimes fails to unite us, and sometimes brings us together in the most unexpected ways.

The Steppenwolf RED card is designed for patrons in their 20s looking for an affordable way to see theater on their own terms. For only $100, the RED card provides six tickets for any play at any time. Featuring additional perks such as in-theater drink discounts, social events, 2-for-1 ticket offers and more, RED cards are available at 312-335-1650. For more information, visit www.steppenwolf.org/red.

The Steppenwolf Garage is dedicated to new plays, new artists and new audiences for the American theater. It offers artists the opportunity to present their work with the scale, space and resources it merits. For audiences, it provides opportunities to engage in multigenerational conversation about the new, provocative work emerging from Chicago’s diverse and vibrant theatre scene.  Steppenwolf invites applications from companies around the city and provides the chosen companies with mentorship in areas of artistic producing, dramaturgy, marketing and press, production management, strategic and financial planning and fundraising.

Since the inaugural repertory in 2010, Garage Rep has brought the work of 15 storefront theater companies in Chicago to the Steppenwolf stage, including: The Twins Would Like To Say by Dog & Pony Theatre Company, punkplay by Pavement Group and Adore by XIII Pocket in 2010; Heddatron by Sideshow Theatre Company, The Three Faces of Doctor Crippen by The Strange Tree Group and Sonnets for an Old Centuryby UrbanTheater Company in 2011; Hit the Wall by The Inconvenience, Oohrah! by LiveWire Chicago and He Who by Theatre Zarko in 2012; See What I Wanna See by Bailiwick Chicago, She Kills Monsters by Buzz22 Chicago and BlackTop Sky by Theatre Seven of Chicago in 2013; and reWILDing Genius by The New Colony, Saturday Night/Sunday Morning by Prologue Theatre Company and The Wild by Walkabout Theater Company in 2014. Garage Rep 2015 marks the sixth annual series, adding Cold Basement Dramatics, Pride Films and Plays and Red Tape Theatre to the distinguished list of Garage Rep participants.

Currently playing in the Downstairs Theatre is Steppenwolf’s world premiere production of Airline Highway by Lisa D’Amour and directed by Joe Mantello. Previews began December 4 and the production runs through February 8, 2015. Single tickets to Airline Highway ($20 – $86) are available through Audience Services (1650 N Halsted St), at 312-335-1650 or steppenwolf.org.

Steppenwolf Theatre Company is America’s longest standing, most distinguished ensemble theater, producing nearly 700 performances and events annually in its three Chicago theater spaces—the 515-seatDownstairs Theatre, the 299-seat Upstairs Theatre and the 80-seat Garage Theatre. Formed in 1976 by a collective of actors, Steppenwolf has grown into an ensemble of 44 actors, writers and directors. Artistic programming at Steppenwolf includes a five-play Subscription Season, a two-play Steppenwolf for Young Adults season and two repertory series: First Look Repertory of New Work, and Garage Rep. While firmly grounded in the Chicago community, nearly 40 original Steppenwolf productions have enjoyed success both nationally and internationally, including Off-Broadway, Broadway, London, Sydney, Galway and Dublin. Steppenwolf has the distinction of being the only theater to receive the National Medal of Arts, in addition to numerous other prestigious honors including an Illinois Arts Legend Award and 12 Tony Awards. Martha Lavey is the Artistic Director and David Hawkanson is the Executive Director. Nora Daley is Chair of Steppenwolf’s Board of Trustees. For additional information, visit steppenwolf.org, facebook.com/steppenwolftheatre