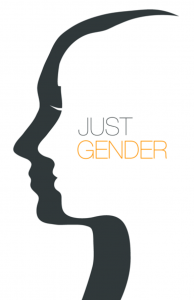 JUST GENDER will screen in 18 cities throughout the United States, with all proceeds from each screening benefitting a local organization that provides support to underserved members of the transgender community.  The series begins on June 3 in Chicago, Dallas, Philadelphia and Washington, DC, before travelling to New York City, Los Angeles, San Francisco, Minneapolis, Rochester, Denver, Salt Lake City, Phoenix, Atlanta, Miami, Seattle, Tucson, St. Louis and Boston. The filmrecently played to standing-room-only audiences in Tulsa, Fort Lauderdale and Chesterton, MD.  Additional details on upcoming screenings are available at the film’s official website, www.justgender.com, and on the film’s Facebook page at www.facebook.com/justgender .

Robert Boo, Executive Director of Fort Lauderdale’s Pride Center commented, “With Just Gender, we finally have a film that shares more than just one or two personal stories about transgender life.  This film covers so much that is essential to understand in so little time.”

Masen Davis, Executive Director of the San Francisco-based Transgender Law Center, said, “What sets Just Gender apart from other films is its comprehensive look at the transgender experience. It both captivates and educates at the same time.”

Kino Lorber EDU is a leading distributor of films to educational institutions, nonprofits and businesses. Because of the powerful impact of JUST GENDER, Kino Lorber EDU is also launching a multimedia corporate diversity training program authored by two of the leaders in transgender education, Jamison Green and Vanessa Sheridan, which incorporates excerpts from the documentary. The company is also planning to release a version of the diversity training program targeted to high schools. To learn more about using JUST GENDER in the classroom or for corporate trasining, please visit www.kinolorberedu.com

Kino Lorber was founded in 2009 by industry leaders Donald Krim and Richard Lorber, combining the resources, staffs and libraries of Lorber Films, Alive Mind and Kino International to create a new leader in independent film distribution. Through its varied group of labels, Kino Lorber offers the best in contemporary, classic and documentary films that aim to engage, provoke, stimulate, and entertain today’s audiences.

Alive Mind Cinema is dedicated to releasing films about transformation, whether personal, spiritual or cultural. Docs such as Crazy Wisdom, El Bulli, The Woodmans and Over Your Cities Grass Will Grow present the power of art and spirituality to transform how we see our world. Learn more at www.alivemindcinema.com