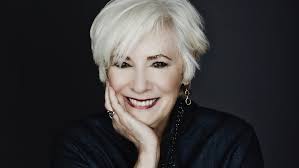 Tony Award-winning Broadway legend BETTY BUCKLEY will release her inspiring and emotionally-compelling new live album Hope – a profound mix of Americana, pop, rock and standards – from Palmetto Records in physical, digital and streaming formats on Friday, June 8. Buckley will celebrate the album at Joe’s Pub at the Public in New York with an exclusive four-concert engagement from June 5 to 9. Buckley will also offer a Five Day Performance Workshop at New York’s T. Schreiber Studio from June 2 to 8. To pre-order the album, purchase tickets for Joe’s Pub, and for info on the workshop, please visit www.BettyBuckley.com.

The album Hope coincides with her debut as Madame L’Angelle in the AMC television hit “Preacher” – the third season begins June 25 – and rehearsals this summer for her starring role in the first National Tour of the smash Tony-winning revival of Hello, Dolly! These successes follow a remarkable year which included co-starring in M. Night Shyamalan’s film Split (the #1 Movie in America and an International Box Office hit) opposite James McAvoy, and a recurring role in the CW hit “Supergirl.” 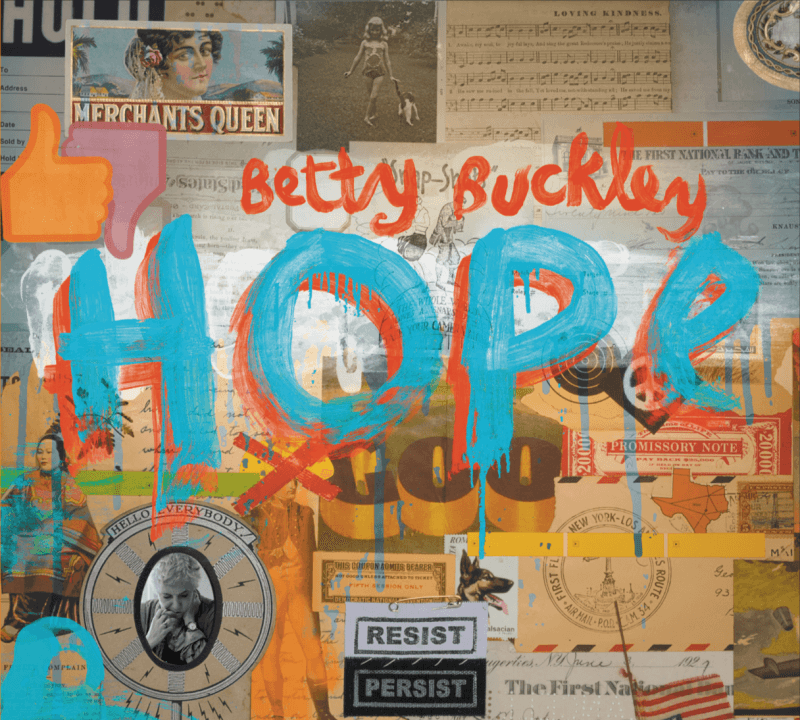 Buckley commented, “This recording is a collection of songs by some of my favorite composers and songwriters. All were chosen as a response to all that we, as a World Community, have experienced from late 2016 through 2017 until now. I hope this musical journey will allow listeners to experience, feel, dream and, hopefully, inspire you to claim your highest hope for brighter days for our beautiful planet and our united human family.”

Other highlights include two numbers from the seminal jazz-rock fusion group Steely Dan, including the wry “Any Major Dude Will Tell You” and the scintillating rock groove of “Don’t Take Me Alive.” Several selections originate from Buckley’s favorite singer/songwriters. “Falling In Love” is a plaintive ballad by Grammy Award-winner Lisa Loeb, while the noir-inspired deep cut “Shades of Scarlett Conquering” comes from the iconic Joni Mitchell. The joyously rollicking “I Feel Lucky” from Mary Chapin Carpenter bristles with life.

Buckley’s childhood friend and collaborator T Bone Burnett provided three compositions from the album, including the haunting “My Least Favorite Life,” which he wrote withRosanne Cash and Lera Lynn for the HBO Series “True Detective.” And true to her love of the great standards, the album features two timeless classics, sensitive interpretations of the Jerome Kern and Ira Gershwin gem “Long Ago and Far Away” and “Young At Heart” by Johnny Richards and Carolyn Leigh.

BETTY BUCKLEY, in an award-winning career that has encompassed TV, film, stage and concert work around the globe, is probably best known as one of theater’s most respected and legendary leading ladies. She won a Tony Award for her performance as Grizabella, the Glamour Cat, in Andrew Lloyd Webber’s Cats.

Buckley received her second Tony Award nomination for Best Actress in a musical for her performance as Hesione in Triumph of Love, and an Olivier Award nomination for her critically-acclaimed interpretation of Norma Desmond in the London production of Andrew Lloyd Webber’s Sunset Boulevard, which she repeated to more rave reviews on Broadway. She is a 2012 Theatre Hall of Fame inductee.

Her other Broadway credits include 1776, Pippin, Song and Dance, The Mystery of Edwin Drood, and Carrie. Off-Broadway credits include the world premiere of Horton Foote’s The Old Friends for which she received a Drama Desk Nomination in 2014, White’s Lies, Lincoln Center’s Elegies, the original NYSF production of Edwin Drood, The Eros Trilogy, Juno’s Swansand I’m Getting My Act Together and Taking it on the Road. Regional credits include The Perfectionist, Gypsy, The Threepenny Opera, Camino Real, Buffalo Gal, Arsenic and Old Lace,The Old Friends at Houston’s Alley Theatre and Grey Gardens at the Bay Street Theatre in Sag Harbor, NY and The Ahmanson Theater in Los Angeles. In London she starred in Promises, Promises for which she was nominated for an Evening Standard Award and in 2013 the British premiere of Dear World.

Her films include M. Night Shyamalan’s Split, Brian de Palma’s screen version of Stephen King’s Carrie, Bruce Beresford’s Tender Mercies, Roman Polanski’s Frantic, Woody Allen’sAnother Woman, Lawrence Kasden’s Wyatt Earp and Shyamalan’s The Happening. On television, Buckley currently co-stars on the third season of AMC’s Preacher and has a recurring role on the CW’s “Supergirl.” She has guest-starred in the NBC Series “Chicago Med” and in the HBO series “The Leftovers” and “Getting On.” She appeared in “The Pacific” also for HBO and twice on the Kennedy Center Honors. She also starred for three seasons in the HBO series “Oz” and as Abby Bradford in the hit series “Eight is Enough.” Buckley has appeared as a guest star in numerous television series, miniseries and films for television including “Evergreen,” “Roses For the Rich,” “Without a Trace,” “Law & Order: SVU” and “Pretty Little Liars.”

Buckley tours in concert worldwide with her ensemble of musicians and recently was featured in the Royal Albert Hall concert of Follies in celebration of Stephen Sondheim’s 85thbirthday. She has now recorded 18 CDs, including Ghostlight, produced by T Bone Burnett, released in 2014. Hope is Buckley’s fifth album on Palmetto Records.www.BettyBuckley.com

PALMETTO RECORDS has been an independent leading voice in music since it was founded in 1990. Through its choice of innovative artists and careful attention to sonic value, it has emerged as a critically-acclaimed and Grammy-nominated label. Although it has been named as one of the best jazz labels for four years running in the Downbeat Critics Poll, Palmetto has taken this foundation of excellence and expanded it to include the great legacy of American-influenced music. Its original mission of enabling artists to fulfill their creative visions still remains the label’s focus. www.Palmetto-Records.com

3) Falling In Love (Music and lyrics by Lisa Loeb)

9) Except Goodbye (Music and lyrics by Judith Shubow Steir, from “Only A Kingdom”)

10) Every Little Thing (Music and lyrics by T Bone Burnett)

11) Shades of Scarlett Conquering (Music and lyrics by Joni Mitchell)

13) I Feel Lucky (Music and lyrics by Mary Chapin Carpenter)

16) Prisoner in Disguise (Music and lyrics by JD Souther)