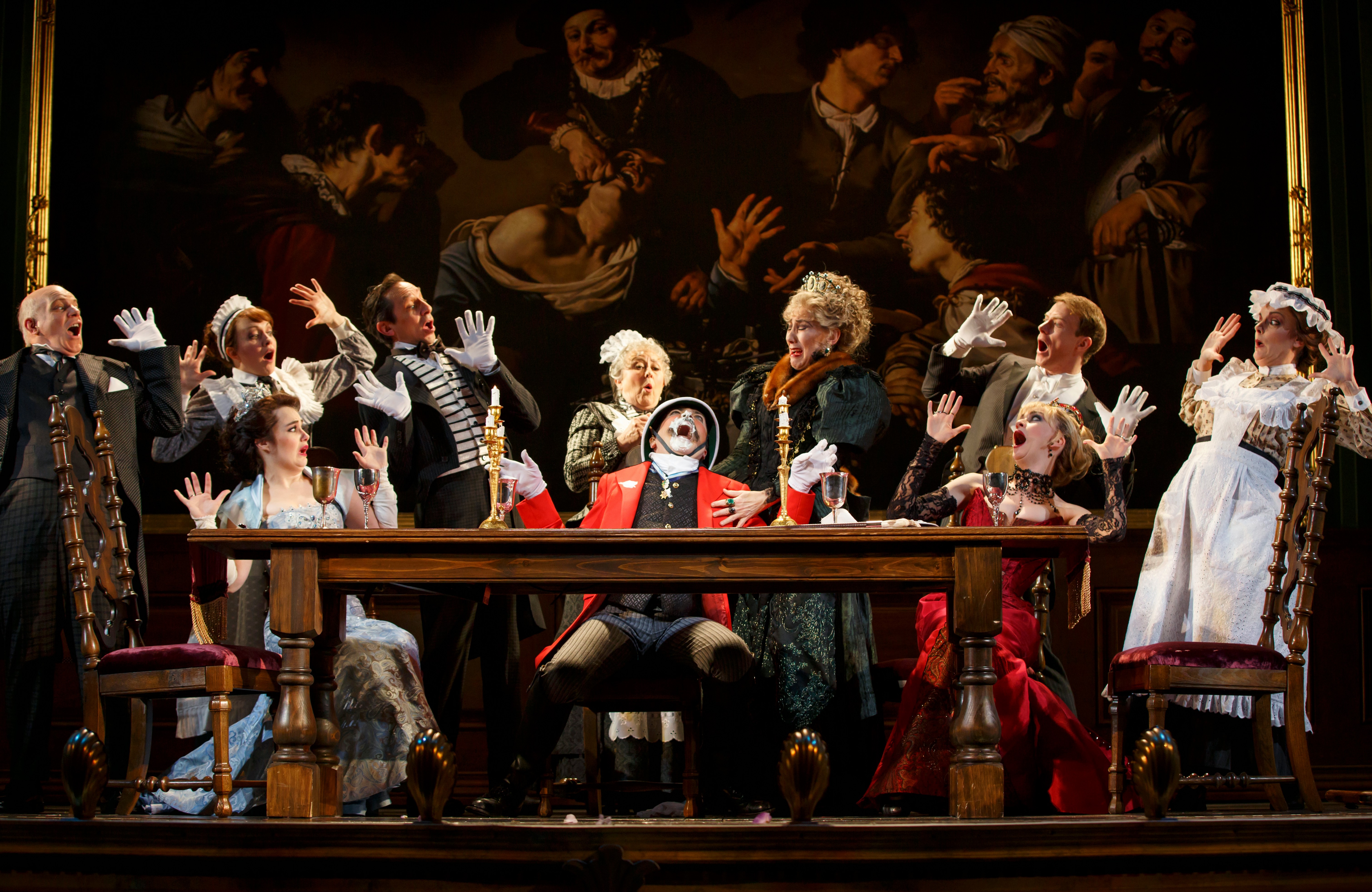 Broadway In Chicago is thrilled to announce that the 2014 Tony Award® winner for Best Musical, A Gentleman’s Guide to Love & Murder, will open its National Tour at the Bank of America Theatre (18 W Monroe) in September 2015. The show will play two weeks in Chicago September 29 – October 11, 2015 as the start of its 44-week National Tour.

Gentleman’s Guide tells the uproarious story of Monty Navarro, a distant heir to a family fortune who sets out to jump the line of succession, by any means necessary. All the while, he’s got to juggle his mistress (she’s after more than just love), his fiancée (she’s his cousin but who’s keeping track?), and the constant threat of landing behind bars! Of course, it will all be worth it if he can slay his way to his inheritance… and be done in time for tea.

“We’ve loved how much Broadway audiences have embraced Gentleman’s Guide, and enthusiasm for this show has reached far beyond New York,” said Producer Joey Parnes.  “From the production’s world premiere in Hartford to its run in San Diego, it has already delighted crowds on both coasts.  We’ve been dying to bring it to the rest of the country so they, too, can see what all the fuss – and laughter – is about.”

Gentleman’s Guide officially opened at Broadway’s Walter Kerr Theatre to overwhelming critical acclaim on Sunday, November 17, 2013, following smash-hit runs at The Hartford Stage and San Diego’s Old Globe Theatre. It went on to become the most nominated and honored production of the 2013-14 Broadway season, winning the Tony, the Drama Desk, the DramaLeague, and the Outer Critics Circle awards for Best Musical.   Gentleman’s Guide is the winner of four 2014 Tony® Awards including Best Musical, Direction of a Musical (Darko Tresnjak), Book of a Musical (Robert L. Freedman), and Costume Design of a Musical (Linda Cho).

Group tickets for 10 or more are now on sale by calling Broadway In Chicago Group Sales at (312) 977-1710. Individual tickets for A Gentleman’s Guide to Love and Murder will go on sale at a later date. For more information, please visit www.BroadwayInChicago.com or www.agentlemansguidebroadway.com.