Broadway In Chicago Announces The Return of STOMP For One Week Only Jan. 20 – 25 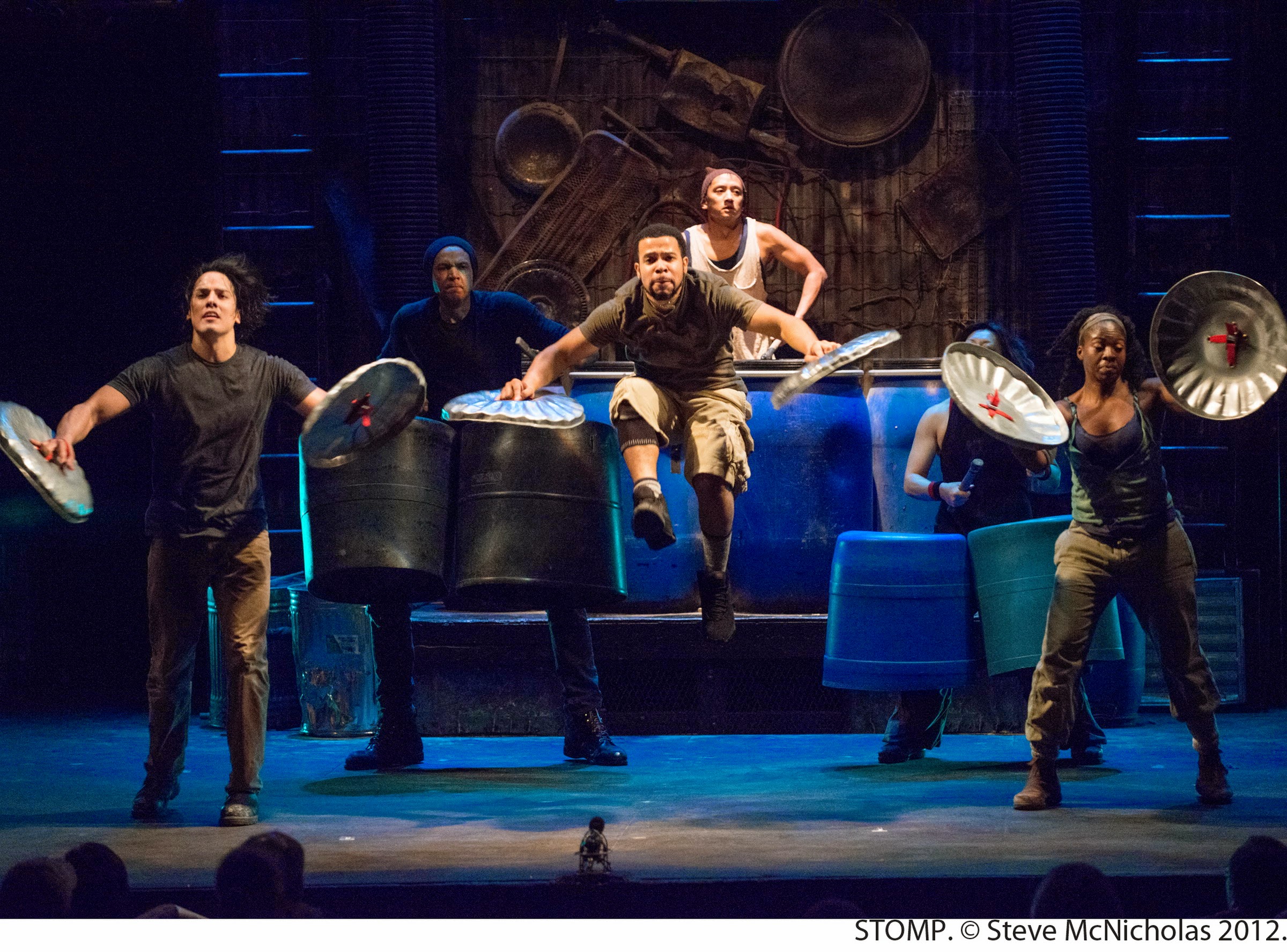 Broadway In Chicago is thrilled to announce STOMP, the international percussion sensation, returns to Chicago by popular demand for a limited one-week engagement at the Bank of America Theatre (18 W. Monroe) January 20 – 25, 2015. From its beginnings as a street performance in the UK, STOMP has grown into an international sensation over the past 20 years, having performed in more than 50 countries and in front of more than 24 million people.

Created by Luke Cresswell and Steve McNicholas, STOMP continues its phenomenal run with four global productions: the ongoing sell-out production at New York’s Orpheum Theatre, a permanent London company, and North American and European tours. Throughout its life, the show has continued to change by creating new material; next year, it will incorporate two new pieces. It is safe to say you will never again look at supermarket carts or plumbing fixtures the same way… or paint cans, or kitchen sinks or…

STOMP, an overwhelming success marked by rave reviews, numerous awards, and sell-out engagements, is the winner of an Olivier Award for Best Choreography (London’s Tony Award), a New York Obie Award, a Drama Desk Award for Unique Theatre Experience, and a Special Citation from Best Plays.

The performers “make a rhythm out of anything we can get our hands on that makes a sound,” says co-founder/director Luke Cresswell. A unique combination of percussion, movement and visual comedy, STOMP has created its own inimitable, contemporary form of rhythmic expression: both household and industrial objects find new life as musical instruments in the hands of an idiosyncratic band of body percussionists. It is a journey through sound, a celebration of the everyday and a comic interplay of characters wordlessly communicating through dance and drum.

Group tickets for 10 or more are now on sale by calling Broadway In Chicago Group Sales at (312) 977-1710. Individual tickets for STOMP will go on sale at a later date. For more information, visitwww.BroadwayInChicago.com or www.stomponline.com.