Broadway In Chicago Announces The Return of “Potted Potter: The Unauthorized Harry Experience – A Parody by Dan and Jeff” 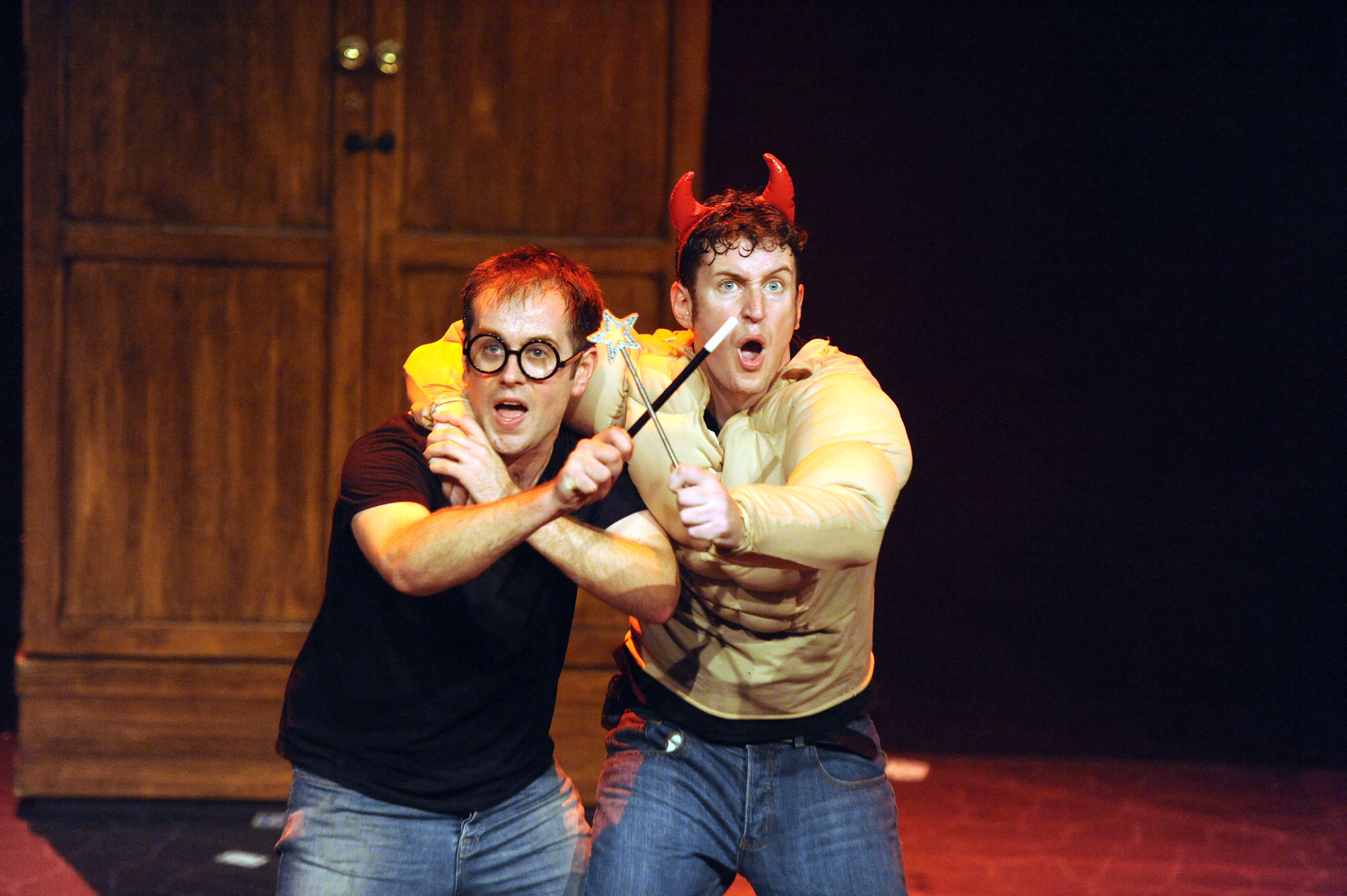 Written and performed by former BBC Television hosts Daniel Clarkson and Jefferson Turner, the play takes on the ultimate challenge of condensing, or “potting”, all seven Harry Potter books into 70 madcap minutes, aided only by multiple costume changes, brilliant songs, ridiculous props and a generous helping of Hogwarts magic. The show also invites audiences to engage with a real life game of Quidditch, but according to Clarkson and Turner’s unique set of rules.

Whether you camped outside a bookstore for three days awaiting the release of the Deathly Hallows or you don’t know the difference between a horcrux and a Hufflepuff, the comedy, magic and mayhem of Potted Potter: The Unauthorized Harry Experience – A Parody by Dan and Jeff makes for an entertaining and hilarious visit to the theatre.  The fast-paced show, which has made audiences aged six to Dumbledore (who is very old indeed) roar with laughter all over the world, is perfect for the entire family.

The London critics raved too.  Said the Daily Telegraph, “A fabulously funny parody…will tickle the funny bone of every age group.’   The N.Y. Times exclaims the show is “Breathless and…HILARIOUS! And the Associated Press proclaims the show a “HIT!”

The New York Post writes the show is  “…a zany hoot!” while Time Magazine for Kids simply declares that Potted Potter is “…an AWESOME show!”

So what are you waiting for!?  Now is the time for all good Potter fans to discover this hilarity for firsthand!

Individual tickets for Potted Potter: The Unauthorized Harry Experience – A Parody by Dan and Jeff will go on-sale to the public at a later date. Group tickets for 10 or more are available now by calling Broadway In Chicago Group Sales at (312) 977-1710.