Tony Award-winner Beth Leavel will play the iconic Miranda Priestly in the new musical, The Devil Wears Prada and the role of the wide-eyed assistant, Andy Sachs, will be played by Taylor Iman Jones (Groundhog Day, Head Over Heels). The Pre-Broadway World Premiere of the new musical will open at Broadway In Chicago’s CIBC Theatre from July 13-August 15, 2021 for a limited run prior to a Broadway engagement.  The production had previously been announced to play in Chicago next year at a different venue.Strutting an all-star team, The Devil Wears Prada has music by Tony Award-winner Sir Elton John (Billy Elliot, Aida, The Lion King), lyrics by singer-songwriter Shaina Taub (Twelfth Night at The Public Theater), a book by Paul Rudnick (In & Out, Jeffrey), music supervision by Nadia DiGiallonardo (Waitress), and direction by Tony Award-winner Anna D. Shapiro (August: Osage County).

Additional casting and creative team members for the Chicago production and future Broadway plans will be announced at a later time.

The Devil Wears Prada is based on Lauren Weisberger’s best-selling 2003 novel and the 2006 blockbuster film from Fox 2000 Pictures.  The musical is produced by Kevin McCollum and Rocket Entertainment and presented by special arrangement with Buena Vista Theatrical. 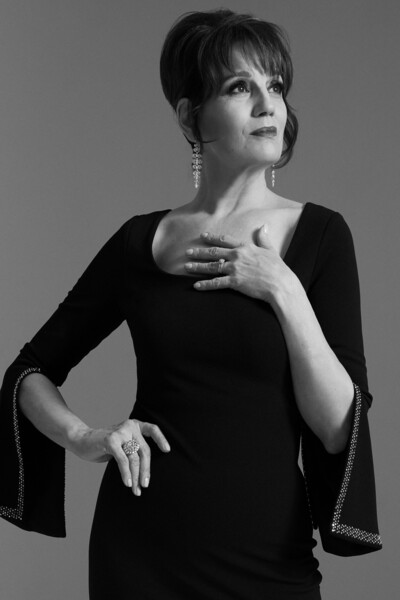 Producer Kevin McCollum said, “I am so thrilled that Beth Leavel, one of the American theater’s great leading artists, will be playing one of the most powerful and feared women in popular culture. Producing The Drowsy Chaperone and seeing Beth win the Tony Award for her performance was a career highlight for me and I know that she will create a brilliant Miranda.”

McCollum explained the reason for the rescheduling of the production. “We realized that we wanted more time to work on the show. Our creative team members are in demand around the world with ridiculous schedules. The new dates mean that not only do we get an ideal theatre in Chicago (the CIBC Theatre), it also allows our New York landlord to confirm the Broadway venue, which means we have more time to coordinate our physical design, marketing and sales plans accordingly.”

Producer David Furnish (Rocket Pictures) said, “Elton and I are very excited by the exceptional level of theatrical artistic talent signing up to help The Devil Wears Prada leap onto the stage from its successful literary and cinematic origins. Everyone is fiercely dedicated to creating an updated version of the much-loved tale.  The show needs to reflect the cultural and societal changes that have redefined the fashion world since Lauren Weisberger wrote her novel over 16 years ago.”

Beth Leavel won the Tony Award for her performance in The Drowsy Chaperone. She made her Broadway debut in the original production of 42nd Street and has also been seen in Hal Prince’s Show Boat, Crazy for You,  42nd Street (revival), Mamma Mia!, Young Frankenstein, ELF (twice), Baby It’s You, and The Prom (for which she received her third Tony Award nomination).

Andy, an ambitious young writer in New York City, lands a job at a prestigious magazine. Trying to survive under her stylish yet terrifying boss, she finds herself caught between the dreams she thought she wanted, and the cost of what that reality brings. A joyous, funny, and — of course — ultraglamorous story about navigating life’s runway to discover where you’re meant to be, The Devil Wears Prada is a new musical that gives the hit film a fabulously fresh makeover. Sometimes the best fashion statements are sung.

Broadway In Chicago will be in touch with Subscribers and Groups regarding the new dates. Subscribers with questions, please call 312-977-1717. Group Leaders with questions, please call 312-977-1710. Tickets are also currently on sale for Subscribers and Groups for the new dates. Tickets are available now for groups of 10 or more by calling Broadway In Chicago Group Sales at (312) 977-1710 or emailing GroupSales@BroadwayInChicago.com.  Individual tickets for The Devil Wears Prada will go on sale at a later date.

ABOUT BROADWAY IN CHICAGO
Broadway In Chicago was created in July 2000 and over the past 19 years has grown to be one of the largest commercial touring homes in the country.  A Nederlander Presentation, Broadway In Chicago lights up the Chicago Theater District entertaining more than 1.7 million people annually in five theatres.  Broadway In Chicago presents a full range of entertainment, including musicals and plays, on the stages of five of the finest theatres in Chicago’s Loop including CIBC Theatre, James M. Nederlander Theatre, Cadillac Palace Theatre, and just off the Magnificent Mile, the Broadway Playhouse at Water Tower Place and presenting Broadway shows at the Auditorium Theatre.