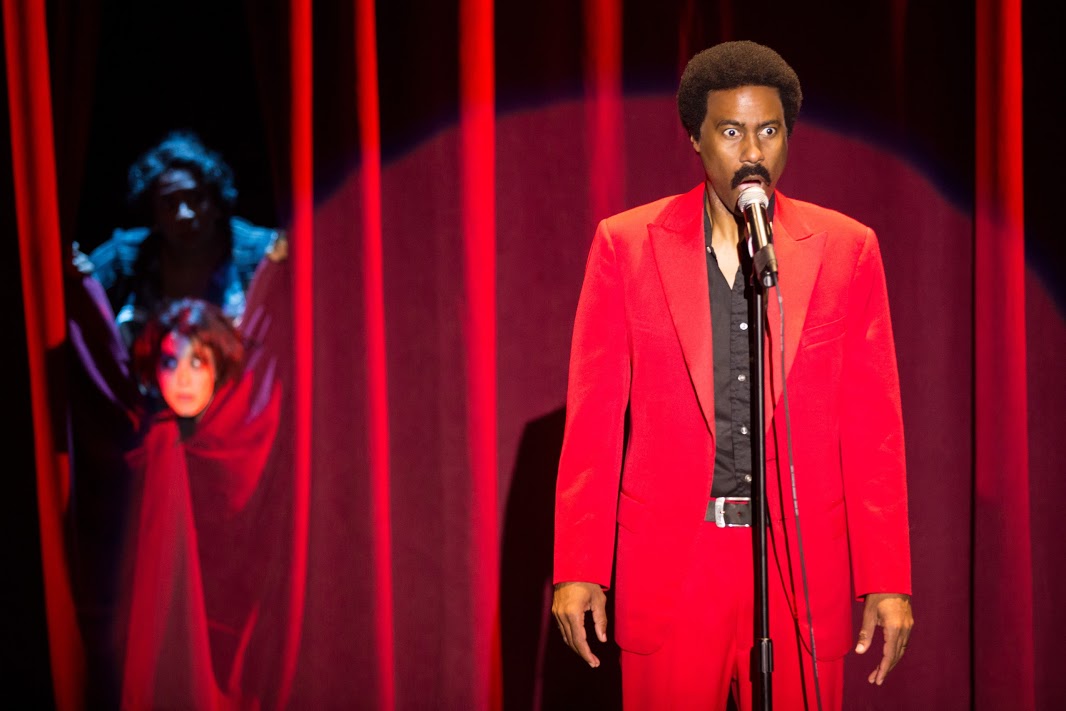 Broadway In Chicago is pleased to announce tickets for the World Premiere of Unspeakable, a dramatic fantasia inspired by the life of comedic legend Richard Pryor, are on sale for an additional two weeks through November 8, 2015 at the Broadway Playhouse at Water Tower Place (175 E. Chestnut St.).

Sex, Drugs and Comedy.  Unspeakable is an unflinching ride through the emotional landscape of Richard Pryor spanning sixty-one years and focused on the period between 1967 and 1982.  Born and raised in a Peoria brothel owned and operated by his grandmother, Pryor faced situations that forever shaped and scarred his sensitive soul.  With a pimp for a father and his mother a whore, young Pryor’s imagination helps him escape and ultimately leads him to comedy. Unspeakable captures the energy of a man battling success and the demons it invites.

Director and Co-Author Rod Gailes OBC brings a cinematic vision to the provocative odyssey of Pryor with an ensemble approach highlighting the comedian’s journey from damaged child to comic legend, based on a script by OBC and Jackson, Jr.

Given the strong language and adult situations inherent in this story, this production is recommended for audiences 16 years of age and older.  This play is in no way supported, endorsed or created by, nor does it in any manner emanate from, Richard Pryor, his estate or other successor(s).

Tuesdays, Wednesdays and Thursdays at 7:30 p.m.