Broadway In Chicago Announces Return of DISNEY’S BEAUTY AND THE BEAST, May 24-29, 2016 at Cadillac Palace 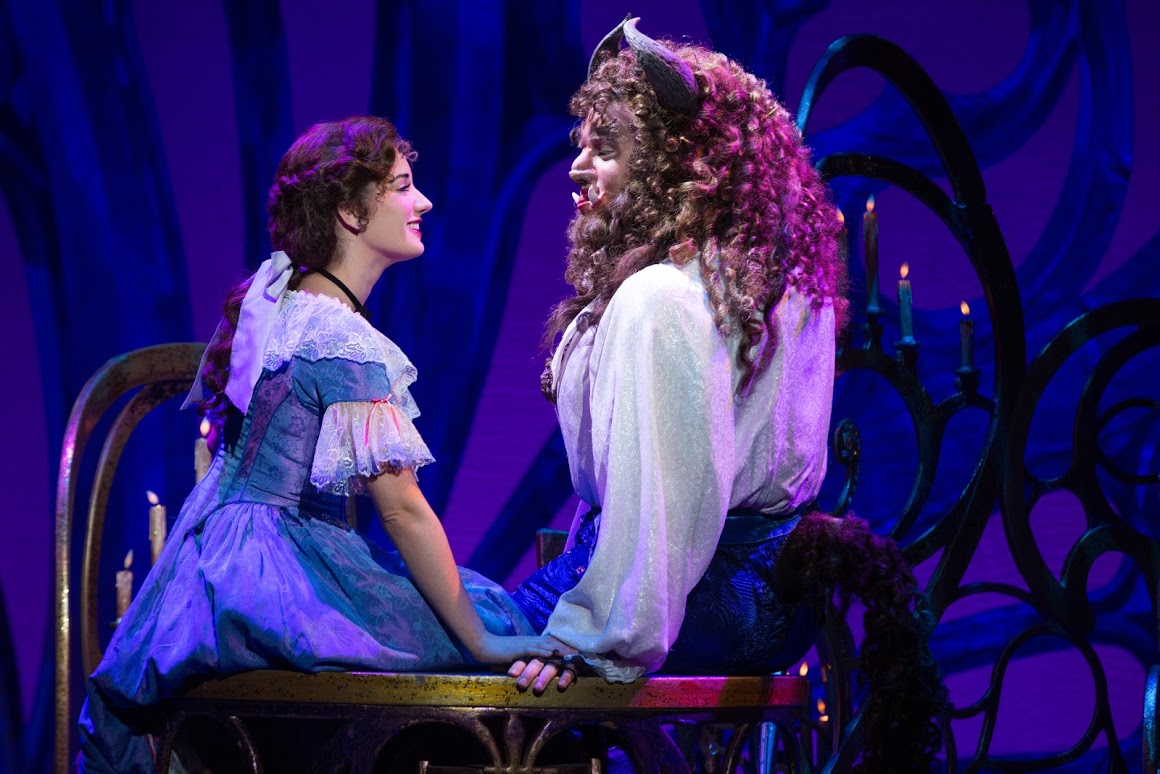 Brooke Quintana as Belle and Sam Hartley as the Beast in Disney’s Beauty and the Beast.
photo by Matthew Murphy

Broadway In Chicago is pleased to announce that  Disney’s Beauty and the Beast, the award-winning worldwide smash hit Broadway musical, returns to Chicago in 2016.  Produced by NETworks Presentations, this elaborate theatrical production will come to life on stage at the Cadillac Palace Theatre (151 W Randolph) for a limited one-week engagement, May 24-29, 2016. For information on the production, visit www.BeautyAndTheBeastOnTour.com.

The original creators of the Broadway production have reunited for this new touring production. The play is directed by Rob Roth and choreographed by Matt West, with Costume Design by Ann Hould-Ward (Tony Award® winner for her work on Disney’s Beauty and the Beast), Lighting Design by Natasha Katz (five-time Tony Award® winner), Scenic Design by Stanley A. Meyer, Sound Design by John Petrafesa Jr. and Music Supervision by Michael Kosarin.

Disney’s Beauty and the Beast is the classic story of Belle, a young woman in a provincial town, and the Beast, who is really a young prince trapped in a spell placed by an enchantress.  If the Beast can learn to love and be loved, the curse will end and he will be transformed to his former self. But time is running out. If the Beast does not learn his lesson soon, he and his household will be doomed for all eternity.

Based on the 1991 Academy Award®-winning animated feature film and celebrating 21 years since its Broadway premiere in 1994, Disney’s Beauty and the Beastis the ninth longest running musical in Broadway history that has become an international sensation seen by over 35 million people worldwide in 22 countries, and translated into 9 different languages. This production launched in February 2010 and has been seen nearly 3 million people while playing over 1,500 performances in all 50 United States and 8 Canadian Provinces.  Currently, there are five productions playing around the world including the North American Tour, Paris, tours in Japan and Germany, and a new international tour (inspired by the North American tour) that will visit over 14 countries in two years.

NETworks Presentations LLC (Producer), from its inception nearly 20 years ago, has been an industry leading producer and manager of touring musical theatre productions and remains committed to delivering quality entertainment to audiences worldwide.  Having toured over 60 productions extensively throughout North America, NETworks is now expanding its tours into many international markets including South America, Greece, Italy, Turkey and South East Asia.  Current touring productions include Cameron Mackintosh’s The Phantom of the Opera, Disney’s Beauty and the Beast domestic and international productions, Dirty Dancing, Blue Man Group, Elf the Musical and coming soon Bullets Over Broadway, Once the Musical and an international tour of Shrek The Musical.

Group tickets for 10 or more are now on sale by calling Broadway In Chicago Group Sales at (312) 977-1710. Individual tickets for Disney’s Beauty and the Beast will go on sale at a later date. For more information, please visit www.BroadwayInChicago.com.