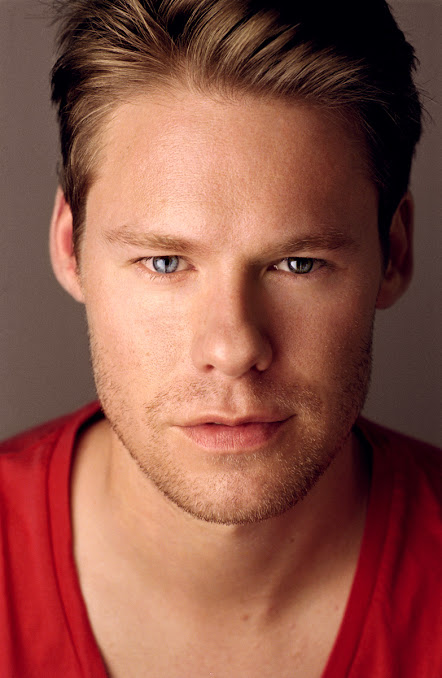 Randy Harrison, best known for his portrayal of Justin in the Showtime drama “Queer as Folk,” will step into the role of the Emcee while Andrea Goss, a veteran of Roundabout’s CABARET on Broadway will return to the role of Sally Bowles.  Joining them are Shannon Cochran (August: Osage County) as Fraulein Schneider, Alison Ewing (Cabaret/Broadway,) as Fraulein Kost, Mark Nelson (Picasso at the Lapin Agile) as Herr Schultz, Ned Noyes (You Can’t Take It With You) as Ernst Ludwig and Lee Aaron Rosen (The Normal Heart) as Clifford Bradshaw.

John Kander, Fred Ebb and Joe Masteroff’s Tony-winning musical features some of the most memorable songs in theatre history, including “Cabaret,” “Willkommen” and “Maybe This Time.” CABARET is set in the infamous Kit Kat Klub, where the Emcee, Sally Bowles and a raucous ensemble take the stage nightly to tantalize the crowd––and to leave their troubles outside.

Roundabout Theatre Company was most recently represented across the country with the critically acclaimed, multi-award-winning national tour of Anything Goes starring Rachel York which toured for 48 weeks.  Before that, Twelve Angry Men toured for 2 years, spending 63 weeks across the United States and Canada. Roundabout’s longest-running musical, the revival of Cabaret, received a multi-year tour across the country beginning in 1999. In 2011, Roundabout Theatre Company’s acclaimed work reached a worldwide cinema audience with the HD capture and broadcast of their Tony nominated production of The Importance of Being Earnest, starring Brian Bedford.

Roundabout Theatre Company’s 50th Anniversary Season celebrates the company’s numerous accomplishments and vision for the future with bold new productions of classic plays, a revival of the Roundabout’s first musical, and new work by some of the country’s most exciting young talent. Founded in 1965, Roundabout Theatre Company has grown from a small 150-seat theatre in a converted Chelsea supermarket basement to become one of the nation’s most influential not-for-profit theatre companies, as well as one of New York City’s leading cultural institutions. Roundabout has been recognized with 29 Tonys, 41 Drama Desks, 50 Outer Critics Circle, 10 Obie and 15 Lucille Lortel Awards for its work on five stages, reaching more than 700,000 theatergoers and employing hundreds of artists each year. Bank of America is a proud 50th Anniversary Season sponsor – a partnership that makes possible Roundabout’s many productions and not-for-profit initiatives during this landmark year.

HILLARY EKWALL (Rosie) is overjoyed to make her Roundabout debut. Nat’l Tour: How the Grinch Stole Christmas (Boo Who). Regional: Grease (Patty Simcox) at North Shore,Les Miz (Eponine u/s), Spelling Bee (Schwarzy). Endless gratitude to the Cabaret Team and Carnahan Casting for making this dream come true and to my family and friends for their constant support and love. www.hillaryekwall.com

AISLING HALPIN (Frenchie, Gorilla) is so excited to be a part of this show! National Tours: Peter and the Starcatcher, A Chorus Line, Radio City Christmas Spectacular.Thanks to her family, friends, and Team Boals for all of their support. BFA Syracuse University. Aislinghalpin.com @AaaislingHalpin

ANDREW HUBACHER (Victor). Cabaret (Milwaukee Repertory) Camelot (Goodspeed)Crazy For You (Riverside Theatre) Music Man and Jesus Christ Superstar (Kansas City Starlight). Thanks to mom and dad for getting this kid a trombone when he asked for a saxophone. Soli Deo Gloria.

JOE MASTEROFF (Book). Born in 1919 in Philadelphia, he had only one dream from infancy: to write for the theatre. After the essential lonely childhood and four-year stint in the Air Force, he came to New York to face his future: book-writer or book seller? Luckily, luck intervened. Before long he had three shows on Broadway bearing his name: The Warm Peninsula starring Julie Harris, and two musicals She Loves Meand Cabaret, for which he was the book writer. Thanks to indulgent parents, the New Dramatists, Hal Prince and many others, he is now retired and living in subdued luxury.

JOHN KANDER (Music) & FRED EBB (Lyrics). The Kander and Ebb collaboration of four decades created many Broadway standards and contemporary classics. There first collaborations “My Coloring Book” became a hit song for Barbra Streisand, earning John and Fred a Grammy nomination. Kander & Ebb’s first Broadway show in 1965Flora, the Red Menace, produced by Hal Prince, directed by George Abbott and introducing a rising new star: Liza Minnelli. Followed by Cabaret (Tony Award music and lyrics); The Happy Time; Zorba; 70, Girls, 70; Chicago; The Act; Woman of the Year(Tony Award music and lyrics); The Rink; Kiss of the Spider Woman (Tony Award music and lyrics); and Steel Pier. Along with movies and television writing original material for the Academy Awards; “Liza With a Z” and HBO’s Liza Minnelli’s “Steppin’ Out” (both Emmy winners); “Baryshnikov on Broadway”; “Goldie and Liza Together”; Funny Lady; Lucky Lady, New York, New York; Steppin’Out; and Chicago the movie. In 1985 the song “New York, New York” became the official anthem of New York City. At the time of Mr. Ebb’s death in 2004, Kander & Ebb had several projects in different stages of completion, Tony-nominated Curtains, in 2007; 12-time Tony-nominated The Scottsboro Boys, in 2010; All About Us (an adaptation of The Skin of our Teeth); andThe Visit, premiering at the Goodman Theatre in Chicago then the Signature Theatre in Fairfax, VA and nominated for 5 Tony’s including best score in 2015 all starring Chita Rivera. Mr. Kander is currently collaborating with author/playwright Greg Pierce The Landing and Kid Victory deputed at the Signature Theatre and The Vineyard Theatre.

SAM MENDES (Director) founded and ran the Donmar Warehouse in London for ten years. He has directed many productions at the Donmar, the Royal Shakespeare Company, the National Theatre, in the West End and on Broadway. He founded the transatlantic theatre company The Bridge Project, for whom he directed five productions that toured the world. In London currently: Charlie and the Chocolate Factory at the Theatre Royal Drury Lane. In addition he has directed several movies, including the Academy Award-winning American Beauty and the James Bond movies,Skyfall & Spectre. He has won many awards for his work on stage and screen, including the Tony, the Olivier, the Directors Guild Award, the Shakespeare Prize, the BAFTA, the Golden Globe and the Academy Award. He was awarded the CBE in 2000 and the Directors Guild Lifetime Achievement Award in 2005.

ROB MARSHALL (Co-Director, Choreographer). Broadway: Cabaret, Little Me, Kiss of the Spider Woman, She Loves Me, Damn Yankees, Victor/Victoria, A Funny Thing…Forum, and Company. For his stage work Marshall has earned 6 Tony nominations, the Outer Critics Award, the Jason Robards Award and the George Abbott Award. FILM:Chicago, Memoirs of a Geisha, Nine, Pirates of the Caribbean: On Stranger Tides andInto The Woods. Marshall’s films have been nominated for 26 Academy Awards and have won 9, including Best Picture. For his film work he has received the DGA Award, Oscar nom., National Board of Review Award, NY Film Critics Award, 3 Golden Globe noms., BAFTA nom. and American Choreography Award. TV: “Tony Bennett: An American Classic,” “Annie,” “Cinderella,” “Mrs. Santa Claus.” For his TV work Marshall has received 4 Emmy Awards, the DGA Award, and the American Choreography Award.

BT McNICHOLL (Director) won the Australian “Tony” (the Helpmann) for Best Direction (along with Messrs. Mendes and Marshall) for Cabaret, which he also staged in record-setting runs in Paris and Madrid. McNicholl was the protégé of the legendary Mike Nichols, and has been associated with directors Stephen Daldry, James Lapine, David Hare and Jerry Zaks on 12 Broadway shows. He directed Spamalot at the Hollywood Bowl, the European premiere of The Producers for Mel Brooks, and the regional premiere of Billy Elliot (Moss Hart Award). A BMI-Award winning lyricist, his credits include the critically-acclaimed musical The It Girl.

PATRICK VACCARIELLO (Musical Supervisor). Patrick has just returned from an Arena tour throughout Australia Music Directing Hugh Jackman. He has supervised and conducted the most recent Tony Awards (2014 and 2015). He is currently the Music Coordinator for the new Broadway musical, On Your Feet . Broadway: Music director/arranger for Hugh Jackman: Back on Broadway, West Side Story, Come Fly Away, Lend Me a Tenor, Gypsy (both Patti LuPone and Bernadette Peters), La Cage aux Folles, The Boy From Oz, Cabaret, Dance of the Vampires, Jesus Christ Superstar, Victor/Victoria, Joseph and the Amazing Technicolor Dreamcoat, Cats and Take Me Along. West End: A Chorus Line. Worldwide: The Music of Andrew Lloyd Webber. Patrick has performed with the Philadelphia Orchestra and the Kansas City Symphony and conducted at Carnegie Hall, Radio City Music Hall, City Center, Steppenwolf Theatre, the Kennedy Center and the Great Hall of the People (Beijing). A graduate of the Hartt School of Music, Patrick received its Distinguished Alumni Award in 2010.

ROBERT BRILL (Set Design). Broadway: Cabaret, Jesus Christ Superstar, Assassins (Tony nom.), Buried Child, Guys and Dolls (Tony nom.), Design for Living, A Streetcar Named Desire, Laugh Whore, The Story of My Life, The Good Body, Anna in the Tropics, One Flew Over the Cuckoo’s Nest and The Rehearsal. Other credits include the Flaming Lips’ musical Yoshimi Battles the Pink Robots, Christopher Plummer’s A Word or Two, Moby-Dick (Dallas Opera), Faust (Met/ENO), Sinatra (Radio City), On the Record(Disney), An American in Paris (Boston Ballet), A Clockwork Orange (Steppenwolf) andThe Laramie Project (BAM and others). Founding member of Sledgehammer Theatre and recipient of the Merritt Award for Excellence in Design and Collaboration.

WILLIAM IVEY LONG (Costume Design). Select Broadway credits include Chicago (now in its 19th year); Rodgers+ Hammerstein’s Cinderella, Grey Gardens, The Producers, Hairspray, Cabaret (1998 and 2014), Crazy for You, Guys and Dolls, Nine. Mr. Long has been nominated for 15 Tony Awards, winning 6 times. He was inducted into the Theatre Hall of Fame- 2005, and was elected Chairman of The American Theatre Wing in June, 2012. www.williamiveylong.com

KEITH CAGGIANO (Sound Design) has worked across the country and internationally, from musicals on Broadway and London’s West End to spectacles in Vegas and Australia. Select credits include: (Broadway / Off-Broadway) The Radio City Spring Spectacular, Cabaret, Disenchanted, Bare; (National Tours) Irving Berlin’s White Christmas, Nice Work If You Can Get It, Anything Goes; (Regional) Big River, Guys and Dolls, Hedwig And The Angry Inch, Little Shop of Horrors.

PAUL HUNTLEY (Hair & Wig Design) London-born Paul Huntley has worked hundreds of Broadway shows, most memorably the original productions of Cats, Amadeus, Evita, The Producers, Sweeney Todd, and Hairspray. A recipient of the Drama Desk and Tony awards, he has also worked with the most legendary leading ladies of the cinema, ranging from Bette Davis and Marlene Dietrich to Jane Fonda and Scarlett Johansson. Current shows include Fun Home and Noises Off.