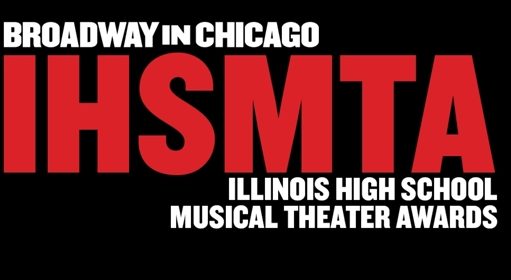 Broadway In Chicago is pleased to announce the twenty-four students nominated for Best Actor and Best Actress, and nominees for Best Production, Best Direction and the Grosh Award for Best Scenic Design for the sixth annual Illinois High School Musical Theatre Awards. The nominees (12 young actors and 12 young actresses), selected after evaluating 74 productions across the state of Illinois, have been invited to participate in the Awards program, which will be held at the Broadway Playhouse at Water Tower Place (175 E. Chestnut) on Monday, June 5, 2017 at 6:00 PM. Sponsored by Disney’s Aladdin and Grosh Backdrops & Drapery, the Illinois chapter of the National High School Musical Theatre Awards serves as an annual national celebration of outstanding achievement in musical theater performance by high school students.

Broadway In Chicago has crafted a workshop with theatre professionals, featuring Adam Jacobs, star of Disney’s Aladdin North American tour, who originated the title role in Aladdin on Broadway, along with his wife Kelly Jacobs, who previously performed in Chicago in the Mary Poppins North American tour.  The workshop for these twenty-four nominees will culminate in a performance on stage at the Broadway Playhouse at Water Tower Place.  During the day, nominees will audition for a panel of casting agents and theatre professionals who will choose the recipients of performance awards. A Best Actress and Best Actor winner from Illinois will be sent to New York City, on an all-expense paid trip, for a week-long theatre intensive of coaching and rehearsals with industry professionals in preparation for a one-night-only showcase on Broadway, where a panel of judges crowns the nation’s top performers.

In addition to the workshop, nominees will receive tickets to Disney’s Aladdinin Chicago, currently playing at Broadway In Chicago’s Cadillac Palace Theatre through Sept. 10, 2017.

Benet Academy’s production of All Shook Up

Libertyville High School’s production of In the Heights

Libertyville High School’s production of In the Heights

ABOUT THE JIMMY AWARDS
The Jimmy® Awards/The National High School Musical Theatre Awards™ (NHSMTA) impacts more than 50,000 students who participate in high school musical theatre competitions sponsored by presenters of Touring Broadway productions throughout the United States.  A Best Actress and Best Actor winner from each of these competitions is sent to New York for a week-long theatre intensive of coaching and rehearsals with industry professionals in preparation for a one-night-only showcase on Broadway, where a panel of judges crowns the nation’s top performers. Named for Broadway impresario James M. Nederlander, the program has been the catalyst for more than $1,000,000 in educational scholarships.

In 2012, the program inspired preeminent broadcaster WGBH Boston to produce a 3-part documentary series called “Broadway or Bust,” which follows students on a journey from their hometown competitions to their debut on Broadway. The series remains popular viewing at www.pbs.org. Presented by The Broadway League Foundation, the ninth annual Jimmy® Awards will take place on Monday, June 26, 2017 at the Minskoff Theatre on Broadway. Coaching and rehearsals for this one-of-a-kind event will be held Monday, June 19, 2017 through Monday, June 26, 2017 in New York City. For more information, please visit www.JimmyAwards.com.

Tickets for Aladdin at the Cadillac Palace Theatre are on sale now.  In Chicago, tickets are available at all Broadway In Chicago Box Offices (24 W. Randolph St., 151 W. Randolph St., 18 W. Monroe St. and 175 E. Chestnut), the Broadway In Chicago Ticket Line at (800) 775-2000, all Ticketmaster retail locations and online at www.BroadwayInChicago.com.  A select number of Premium Ticket Packages, which include a prime seat location, a commemorative souvenir program and an exclusive merchandise item, are also available for many performances. Group tickets for 15 or more are available by calling Broadway In Chicago Group Sales at (312) 977-1710. For a complete performance schedule for Aladdin, please visit www.BroadwayInChicago.com.