Montego Glover, a Tony nominee for her performance in MEMPHIS, will join the Chicago company of HAMILTON in the role of Angelica Schuyler starting in early September, it is announced by Jeffrey Seller, producer of HAMILTON.  Ms. Glover makes her HAMILTON debut in Chicago, replacing Karen Olivo, who takes her final bow as Angelica on August 6. 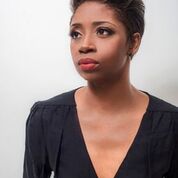 Daniel Breaker has been playing the role of Aaron Burr in Chicago since April 11, 2017; his final performance will be August 20. Current Broadway company member Gregory Treco will replace Breaker in Chicago on September 8.

Montego Glover was nominated for the Tony Award for her role in the musical MEMPHIS, winning a Drama Desk and OCC Award for her performance. She has appeared on Broadway, as well, in LES MISERABLES, IT SHOULDA BEEN YOU, THE COLOR PURPLE, and won her second Drama Desk for THE ROYALE at Lincoln Center Theater.  Montego’s television credits include “The Following,” “Black Box,” “Hostages,” “Smash,” and “The Good Wife.” 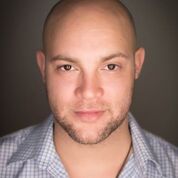 Gregory Treco is an actor, singer and dancer from Nassau, Bahamas. He has appeared on Broadway in TABOO on Broadway. Off-Broadway credits include hit ZANNA DON’T, where he created the role of Zanna, MIRACLE BROTHERS at the Vineyard Theatre (directed by Tina Landau), and the World Premiere of Neil Berg and Robert Schenkkan’s THE 12 at the Denver Center for the Performing Arts. Gregory was a finalist on WB’s television show “Popstars.” TV credits include a guest-starring role on the CBS sitcom “Whoopi.” He is a graduate of Carnegie Mellon University.

With book, music and lyrics by Lin-Manuel Miranda, direction by Thomas Kail, choreography by Andy Blankenbuehler, music direction/orchestrations by Alex Lacamoire, HAMILTON is based on Ron Chernow’s biography of Founding Father Alexander Hamilton.  The musical won eleven 2016 Tony Awards including Best Musical, Score, Book of a Musical, Direction of a Musical, Choreography and Orchestrations.  Mr. Miranda received the Pulitzer Prize for Drama for HAMILTON.

HAMILTON performs on Broadway at the Richard Rodgers Theatre (226 W. 46th St.), and in Chicago at The PrivateBank Theatre (18 W. Monroe St.)  The first national touring production of HAMILTON moves to the Pantages Theatre in Los Angeles next month.