In celebration of outstanding achievement in high school musical theater performances, Broadway In Chicago is thrilled to announce the award recipients of the Fifth Annual Illinois High School Musical Theater Awards: Jack Cahill-Lemme of Park Ridge, IL (Main South High School) as BEST ACTOR for his portrayal of Edward Bloom in BIG FISH and Cecilia Trippiedi of Orland Park, IL (Carl Sandburg High School) as BEST ACTRESS for her portrayal of Eliza Doolittle in MY FAIR LADY. Jack and Cecilia will represent the state of Illinois at The Jimmy™ Awards in New York on June 27, 2016.

On Monday, June 6, Broadway In Chicago crafted a full day of workshops with theatre professionals for twenty-four finalists that culminated in a performance on stage at the Broadway Playhouse at Water Tower Place.  During the day, finalists auditioned for a panel of casting agents and theater professionals who chose the recipients of performance awards.

In addition to the day of workshops featuring Kerstin Anderson, star of THE SOUND OF MUSIC National Tour, finalists will receive tickets to see THE SOUND OF MUSIC in Chicago, playing the Cadillac Palace Theatre June 7 through 19.

Jack Cahill-Lemme and Cecilia Trippiedi will be provided with an all-expense paid trip to participate in a performance enrichment program, representing the state of Illinois at the National High School Musical Theatre Awards, on Broadway, on Monday, June 29, 2015. The National High School Musical Theatre Awards, also known as The Jimmy™ Awards, are named for legendary Broadway theater owner and producer James M. Nederlander. Broadway In Chicago is a Nederlander presentation, and is excited to join the network of theatres across the country participating in The Jimmys™.

The National High School Musical Theatre Awards (NHSMTA) impacts more than 50,000 students annually who participate in high school musical theatre competitions sponsored by top professional theatres throughout the United States. A Best Actress and Best Actor winner from each of these competitions is sent to New York for a weeklong theatre intensive of coaching and rehearsals with industry professionals in preparation for a one-night-only showcase on Broadway, where a panel of judges crowns the nation’s top performers. Also known as The Jimmy™ Awards, named for Broadway impresario James M. Nederlander, the program has been the catalyst for more than $1,000,000 in educational scholarships. In 2012, the program inspired preeminent broadcaster WGBH Boston to produce a 3-part documentary series called “Broadway or Bust,” which follows students on a journey from their hometown competitions to their debut on Broadway. The series remains popular viewing at www.pbs.org. Presented by The Broadway League Foundation, the eighth annual National High School Musical Theatre Awards will take place in late June 2016 in New York City. For more information, please visit www.nhsmta.com.

THE SOUND OF MUSIC

THE HILLS ARE ALIVE! A brand new production of THE SOUND OF MUSIC, directed by three-time Tony Award® winner Jack O’Brien, is coming to Chicago’s Cadillac Palace Theatre. The spirited, romantic and beloved musical story of Maria and the von Trapp Family will once again thrill audiences with its Tony®, Grammy® and Academy Award® winning Best Score, including “My Favorite Things,”“Do-Re-Mi,”“Climb Ev’ry Mountain,”“Edelweiss” and the title song.

THE SOUND OF MUSIC enjoyed extraordinary success as the first live television production of a musical in over 50 years when “The Sound of Music Live!” aired on NBC in December, 2013 and was seen by over 44 million people. 2015 marked the 50th anniversary of the film version, which continues to be the most successful movie musical in history. 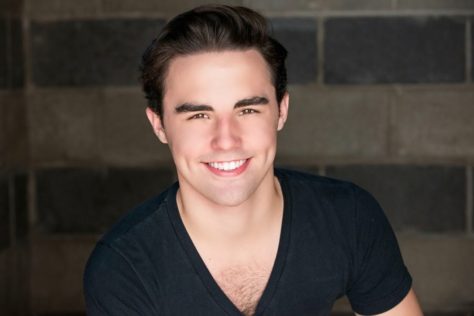