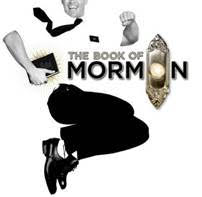 THE BOOK OF MORMON, winner of nine Tony Awards including Best Musical, is pleased to announce a day-of-show drawing for the Second National Tour, which returns to Chicago by popular demand for a limited engagement February 25 through May 17, 2015 at Broadway In Chicago’s Bank of America Theatre (18 W Monroe). The production will conduct a pre-show drawing at the box office, making a limited number of tickets available at $25 each. THE BOOK OF MORMON holds the record for the largest weekly gross in the history of the Bank of America Theatre and played to over 100% capacity during its 2012-2013 engagement.

The producers of THE BOOK OF MORMON are pleased to offer low-priced day-of-show drawing seats in Chicago. Entries for that day’s performance(s) will be accepted in-person when the Bank of America Theatre box office opens each day. Each person will print their name and the number of tickets (1 or 2) they wish to purchase on a card that is provided. Two hours before curtain, names will be drawn at random for a limited number of tickets priced at $25 each. Only one entry is allowed per person. Cards are checked for duplication prior to drawing. Winners must be present at the time of the drawing and show valid ID to purchase tickets. Limit one entry per person and two tickets per winner. Tickets are subject to availability.