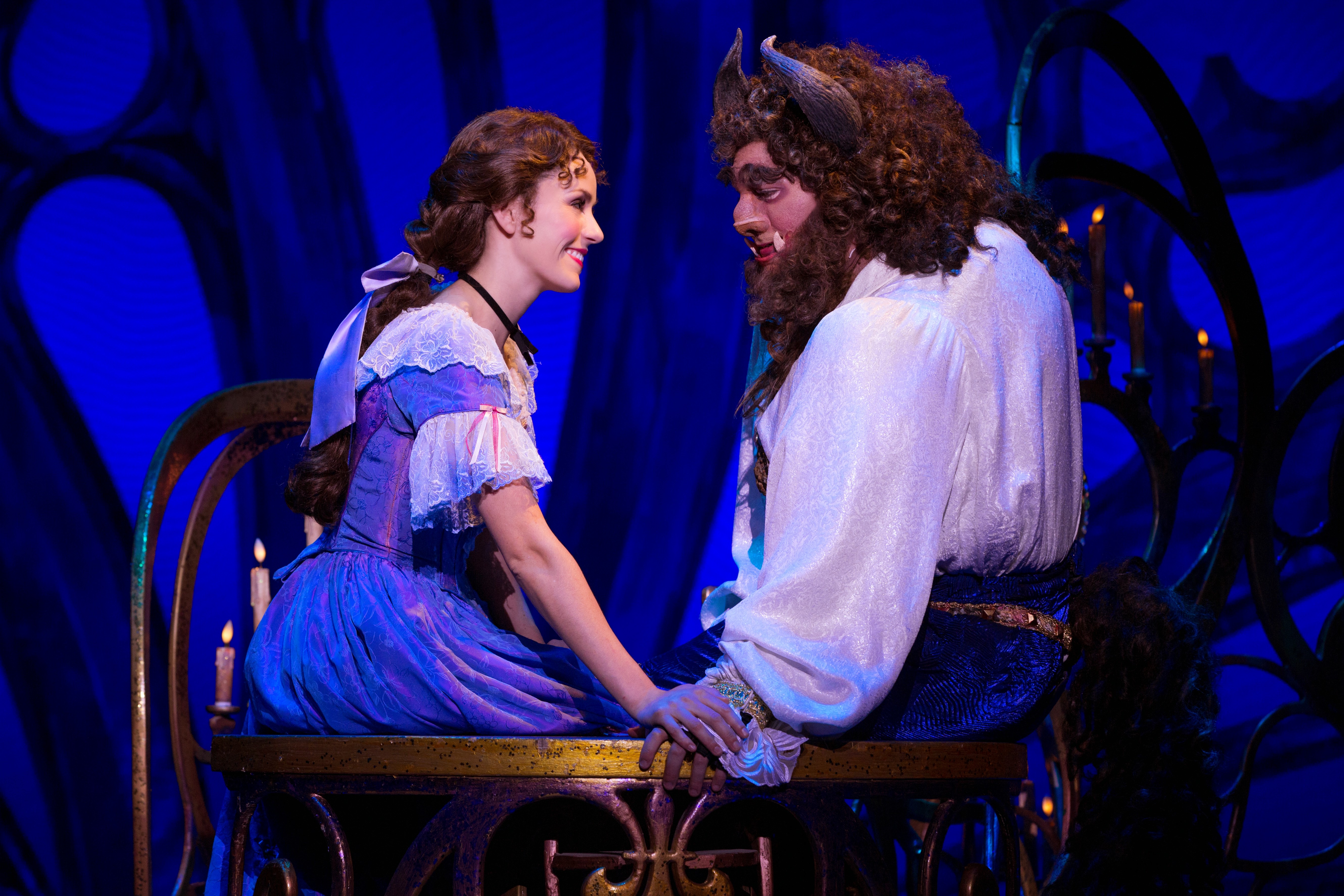 Broadway In Chicago is pleased to announce that individual tickets for Disney’s BEAUTY AND THE BEAST, the award-winning worldwide smash hit Broadway musical, go on sale to the public on Friday, January 23 at 10 AM.  Produced by NETworks Presentations, this elaborate theatrical production will come to life on stage at the Cadillac Palace Theatre (151 W Randolph) for a limited one-week engagement March 25 through 29.

The original creators of the Broadway production have reunited for this new touring production. The play is directed by Rob Roth and choreographed by Matt West, with Costume Design by Ann Hould-Ward (Tony Award® winner for her work on Disney’s Beauty and the Beast), Lighting Design by Natasha Katz (four-time Tony Award® winner), Scenic Design by Stanley A. Meyer, Sound Design by John Petrafesa Jr. and Music Supervision by Michael Kosarin.

Disney’s BEAUTY AND THE BEAST is the classic story of Belle, a young woman in a provincial town, and the Beast, who is really a young prince trapped in a spell placed by an enchantress.  If the Beast can learn to love and be loved, the curse will end and he will be transformed to his former self. But time is running out. If the Beast does not learn his lesson soon, he and his household will be doomed for all eternity.

Based on the 1991 Academy Award®-winning animated feature film and celebrating 20 years since its Broadway premiere in 1994, Disney’s BEAUTY AND THE BEAST has become an international sensation that has been seen by over 35 million people worldwide in 22 countries, and has been translated into 9 different languages.  This production launched in February 2010 and has been seen by 2.5 million people while playing over 1,000 performances in all 50 United States and 8 Canadian Provinces.  Currently, there are four other productions playing around the world including Paris, tours in Japan and Germany, and a new international tour that currently will visit over 12 countries in two years.

NETworks Presentations LLC (Producer), from its inception nearly 20 years ago, has been an industry-leading producer of touring musical theatre productions and remains committed to delivering quality entertainment to its audiences.   Having toured over 60 productions extensively throughout North America, NETworks is now expanding its tours into many international markets including South America, Greece, Italy, Turkey, and South East Asia.  Its current touring season includes Cameron Mackintosh’s The Phantom of the Opera, Disney’s Beauty and the Beast, Dirty Dancing, Blue Man Group, Flashdance, Anything Goes and Elf the Musical.

Individual tickets for Disney’s BEAUTY AND THE BEAST at the Cadillac Palace Theatre range from $18-$95.  A select number of premium seats are also available for many performances. Tickets are available now for groups of 10 or more by calling Broadway In Chicago Group Sales at (312) 977-1710.  Tickets are available at all Broadway In Chicago Box Offices (24 W. Randolph St., 151 W. Randolph St., 18 W. Monroe St. and 175 E. Chestnut), the Broadway In Chicago Ticket Line at (800) 775-2000, all Ticketmaster retail locations and online at www.BroadwayInChicago.com. For more information, visit www.BroadwayInChicago.com.