BROADWAY IN CHICAGO ANNOUNCES 15th SEASON INCLUDING “IF/THEN” AND “MATILDA” 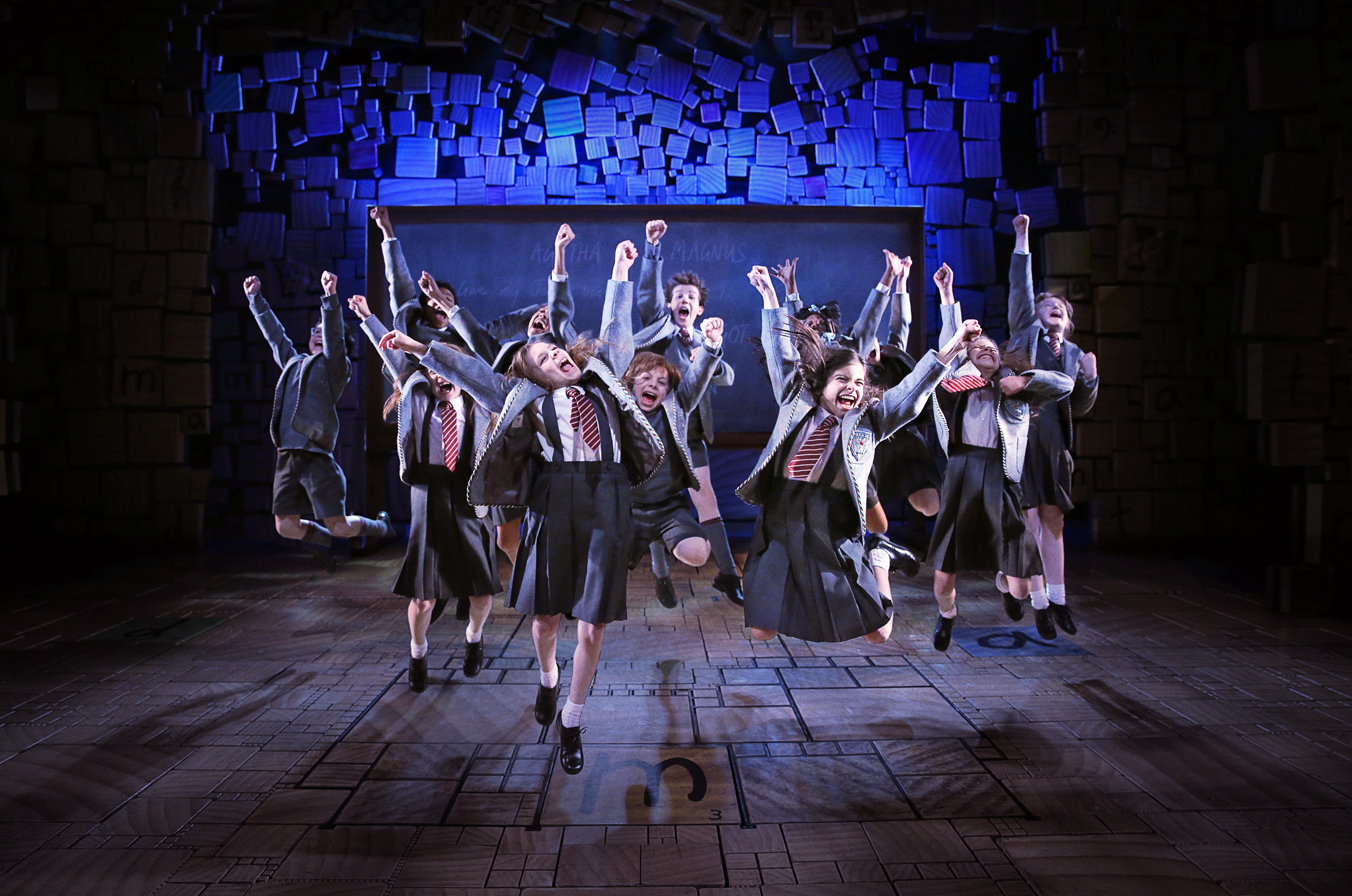 Broadway In Chicago is thrilled to announce the upcoming 2015-2016 season line-up celebrating Broadway In Chicago’s 15thanniversary.  The hits just keep on coming to Chicago with the Pre-Broadway World Premiere of GOTTA DANCE and Tony® Award-winning musicals A GENTLEMAN’S GUIDE TO LOVE & MURDER, CABARET and MATILDA THE MUSICAL plus IF/THEN and DIRTY DANCING.  The 2015-2016 season will go on saleSunday, March 8. To renew or purchase a new subscription, please visit BroadwayInChicago.com or call 312-977-1717.  Subscriber benefits include savings of up to 50% off ticket prices, discounts on both parking and suite service, invitations to Broadway In Chicago exclusive events, free exchange privileges and more.  The Broadway In Chicago 2015-2016 Season line-up, including performance dates and venues, is as follows:

DIRTY DANCING – THE CLASSIC STORY ON STAGE returns to Chicago! This unprecedented live experience explodes with heart-pounding music, passionate romance and sensational dancing. Seen by millions across the globe, this worldwide smash hit tells the classic story of Baby and Johnny, two fiercely independent young spirits from different worlds who come together in what will be the most challenging and triumphant summer of their lives. Featuring the hit songs, “Hungry Eyes,” “Hey Baby,” “Do You Love Me?” and the heart-stopping “(I’ve Had) The Time of My Life.” London’s Sunday Express says, “This crowd-pleasing stage adaptation hits the jackpot!”

A GENTLEMAN’S GUIDE TO LOVE & MURDER

Getting away with murder can be so much fun… and there’s no better proof than the knock-‘em-dead hit show that’s earned unanimous raves and won the 2014 Tony Award® for BEST MUSICAL—A GENTLEMAN’S GUIDE TO LOVE & MURDER! Coming direct from New York, where a most gentlemanly NPR critic said he’d “NEVER LAUGHED SO HARD AT A BROADWAY MUSICAL,” GENTLEMAN’S GUIDE tells the uproarious story of Monty Navarro, a distant heir to a family fortune who sets out to jump the line of succession by – you guessed it – eliminating the eight pesky relatives (all played by one fearless man) who stand in his way.  All the while, Monty has to juggle his mistress (she’s after more than just love), his fiancée (she’s his cousin but who’s keeping track?), and the constant threat of landing behind bars! Of course, it will all be worth it if he can slay his way to his inheritance… and be done in time for tea. The Hollywood Reporter raves, “GENTLEMAN’S GUIDE RESTORES OUR FAITH IN MUSICAL COMEDY” and The New York Times cheers, “IT WILL LIFT THE HEARTS OF ALL THOSE WHO’VE BEEN PINING FOR WHAT SOMETIMES SEEMS A LOST ART FORM.”

In 2007, a group of expert dancers was tasked with getting professional basketball’s first ever senior citizen dance team performance-ready.  The venue?  Center court.   The genre?  Hip-hop.  Over the coming months, bonds would be formed, generation gaps would be crossed, and, eventually, some pretty hot moves would be busted.  GOTTA DANCE tells the remarkable true story of these wildly diverse seniors with a common goal, the young coaches who help them achieve it, and the unlikely art form that brings them all together.  This Broadway-bound musical brings together an all-star creative team that includes book by Tony Award- nomineeChad Beguelin (Aladdin), lyrics by Tony Award-nominee Nell Benjamin (Legally Blonde), music by the legendary Marvin Hamlisch (an Emmy, Grammy, Tony® and Oscar winner), book by Tony Award-winner Bob Martin (The Drowsy Chaperone), music by Tony Award-nominee Matthew Sklar (The Wedding Singer) and direction and choreography by Tony Award-winner Jerry Mitchell (Kinky Boots).

Direct from Broadway, the acclaimed masterpiece returns to Chicago!  As part of their 50th Anniversary Season, the critically acclaimed and award-winning Roundabout Theatre Company is proud to present SAM MENDES (Skyfall, American Beauty) and ROB MARSHALL’S (Into the Woods and Chicago, the films) Tony Award®-winning production of CABARET.  Come hear some of the most memorable songs in theatre history, including “Cabaret,” “Willkommen” and “Maybe This Time.”  Leave your troubles outside – life is beautiful at CABARET, JOHN KANDER, FRED EBB and JOE MASTEROFF’s Tony-winning musical about following your heart while the world loses its way.

IF/THEN is a contemporary Broadway musical about living in New York today – and all the possibilities of tomorrow.  With unforgettable songs and a deeply moving story by the Pulitzer Prize and Tony Award-winning creators of Next to Normal, this “thoroughly fascinating, intellectually and musically rich new musical (Chicago Tribune)” simultaneously follows one woman’s two possible life paths, painting a deeply moving portrait of the lives we lead, as well as the lives we might have led.

Oriental Theatre (24 West Randolph)
TIME Magazine’s #1 Show of the Year! Winner of 50 international awards, including four Tony Awards®, MATILDA THE MUSICAL is the story of an extraordinary girl who, armed with a vivid imagination and a sharp mind, dares to take a stand and change her own destiny. Based on the beloved novel by Roald Dahl, MATILDAcontinues to thrill sold-out audiences of all ages on Broadway and in London’s West End. The Wall Street Journal says, “The makers of MATILDA have done the impossible – triumphantly! It is smart, sweet, zany and stupendous fun.”

Broadway In Chicago was created in July 2000 and over the past 15 years has grown to be one of the largest commercial touring homes in the country. A Nederlander Presentation, Broadway In Chicago lights up the Chicago Theater District entertaining up to 1.7 million people annually in five theatres. Broadway In Chicago presents a full range of entertainment, including musicals and plays, on the stages of five of the finest theatres in Chicago’s Loop including the Bank of America Theatre, Oriental Theatre, Palace Theatre, and the Auditorium Theatre of Roosevelt University and just off the Magnificent Mile, the Broadway Playhouse at Water Tower Place.  For more information, visit www.BroadwayInChicago.com.