Broadway Bound AMAZING GRACE Is The Ultimate Story of Redemption 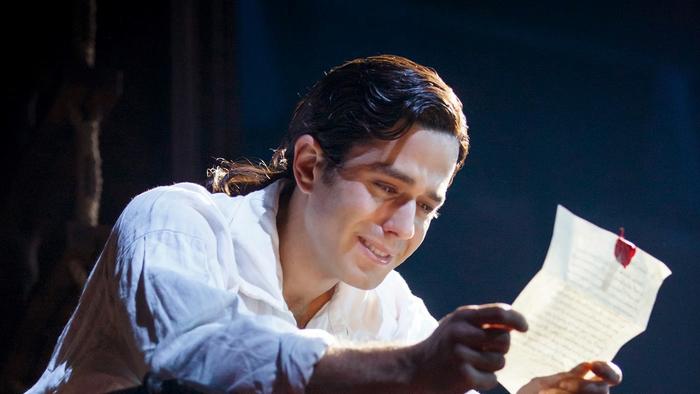 Regret, redemption, and the promise of life’s ultimate reward…eternal salvation. This is the story of Amazing Grace. A love story set amidst the abolitionist movement of the mid 18th century British Empire, Amazing Grace tells the tale of the song’s composer John Newton (amazingly performed by Tony Award nominee Josh Young).

Son of a slave merchant (Tom Hewitt) and scorned by both his father and the love of his life, Mary Catlett (Erin Mackey) he desperately grieves the loss of his beloved late mother while seeking only to please his father and prove his love to his childhood sweetheart. His journey takes him on a road from privilege to enslavement and the ultimate realization that life is a gifted privilege entitled by all.

The original score (aside from the title song) by Christopher Smith is melancholy and befitting the tale. No toe tapping tunes that you will be singing on the way home, but a somber reflection of the script’s story….the horror of human slavery. Although it’s been told many times before, it is still a powerful and emotionally charged issue almost 300 years later.

Unfortunately the historically based story line takes a ponderous turn by including a Rabbi as one of the abolitionists that recruits Mary to their cause. Anti­semitism not withstanding, this seems historically questionable and an obvious ploy to the NYC theater crowd (where the show is headed after this Chi­town preview.)

A powerhouse cast and some amazing staging effects will make this show a certain Broadway success. Catch it while you can here in Chicago now through November 2nd at the Bank of America Theater. For more information visit BroadwayinChciago.com