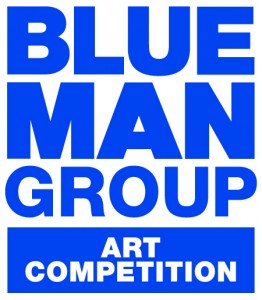 Blue Man Group, announces the judging team for the 2013 Blue Man-themed Art Competition. The panel includes: Alison Cuddy, Arts and Culture Reporter, Chicago Public Radio (WBEZ); Tom Galassi, Blue Man Chicago Captain; Carolina Jayaram, Executive Director, Chicago Artists Coalition; Stacey Lemp, Hawthorne Scholastic Academy art teacher; Jeff Quay, Associate Director, Blue Man Chicago as well as one of the Blue Man Group Founders. These talented judges have been chosen for their personal commitment and their passions for Chicago’s artistic community.   “Blue Man Group is only the catalyst for this art competition,” said Tom Galassi, a Blue Man. “The real emphasis of this competition is on the artists and the arts community in Chicago as a whole. We have been given an opportunity to share some phenomenal pieces of work from both experienced and up and coming artists and I am excited to find the pieces that most share the same exuberant energy as our show.”   The outdoor art gallery will be unveiled in September 2013 as part of EXPO ART WEEK (September 16-22), the weeklong celebration of art and culture surrounding EXPO CHICAGO, the International Exposition of Modern and Contemporary Art (September 19-22). Winners will have 10’ x 10’ reproductions of their artwork, featured in a semi-permanent outdoor art gallery on the south exterior wall of the Briar Street Theatre in Lakeview. In addition, winners will receive a $5,000 cash prize. Entries must be submitted digitally and will be accepted through August 1, 2013. Interested artists can visit entrythingy.com/www.blueman.com for more details, full rules and regulations and entry requirements.

Alison Cuddy is the arts and culture reporter at WBEZ 91.5 FM Chicago Public Radio. Alison’s been with the station since 2001, working as a producer, host and blogger. She was previously host of Eight Forty-Eight and Weekender with Alison Cuddy, a weekly guide to the cultural scene in Chicago and beyond.

Tom Galassi (Blue Man) has been the Blue Man Captain of the Chicago, Toronto, and Berlin shows and also the How To Be A Megastar Tour. He toured the U.S. and Canada on the Complex Rock Tour and is featured in Blue Man Group’s first concert DVD, The Complex Rock Tour Live! He has appeared on numerous TV shows including “The Tonight Show,” “The Wayne Brady Show,” “America’s Got Talent” and “The Royal Variety Show,” where he performed for and met the Queen of England. Galassi has also acted as a Blue Man Trainer.

Carolina O. Jayaram serves as the Executive Director of the Chicago Artists Coalition where she has revitalized the thirty nine-year-old organization into a vital resource whose mission is to build a sustainable marketplace for entrepreneurial artists and creatives. Her work has earned the organization “The Most Auspicious New Start Award” from The Chicago Tribune and “The Top Five Reinventions in Everything in Art” from NewCity. She served on the 2012 Chicago Cultural Plan Advisory Committee and sits on the boards of Threewalls and Cannonball.

Stacey Lemp is the art teacher at Hawthorne Scholastic Academy and has been an arts instructor at the elementary and high school level with Chicago Public Schools since 2007. She received a Masters of Arts Teaching degree in Interdisciplinary Art Education from Columbia College and a Bachelors of Arts in Art History from the University of Kansas. Lemp has instructed art and education courses at Roosevelt University, American Academy of Art and University of Phoenix as well as developed programs, workshops and curriculum for Chicago Public Schools, the Chicago Children’s’ Museum and Columbia College.

Jeff Quay (Associate Music Director, Blue Man Group) began as a drummer for the second production of Blue Man Group, opening in Boston before moving to Chicago in 1997 to open the third Blue Man Group production. Since that time his involvement in the group has grown to include several televised performances on “The Tonight Show with Jay Leno,” “Last Call with Carson Daly” and the 2001 Grammy Awards.

BLUE MAN GROUP AT THE BRIAR STREET THEATRE Blue Man Group’s production provides its audience with a unique and thrilling multi-sensory experience that blends innovative theatrical spectacle and dynamic original music with hilarious comedy, art, technology and science to create a performance experience unlike any other. Tickets are available from $49-$99. Tickets may be purchased at the Briar Street Theatre by calling the box office at (773) 348-4000; by calling Ticketmaster at (800) 982-2787; at all Ticketmaster ticket centers or online at www.ticketmaster.com.  For more information, visit www.blueman.com/tickets/chicago/.

ABOUT EXPO ART WEEK In an effort to highlight the vast cultural opportunities that Chicago has to offer to collectors, dealers, art enthusiasts and tourists, EXPO CHICAGO, in conjunction with Choose Chicago, the city’s tourism and marketing organization and Chicago’s    Department of Cultural Affairs and Special Events (DCASE), introduces EXPO ART WEEK September 16–22, 2013. With EXPO CHICAGO as the centerpiece, the exposition will join together with the city’s most prestigious cultural institutions for this citywide celebration of art and culture that will include museum exhibitions; gallery openings;installations; public art projects; music; theater and dance performances and special dining experiences for residents as well as visiting international cultural tourists. Visual art programming highlights include Gallery Weekend Chicago, working in tandem with EXPO CHICAGO.