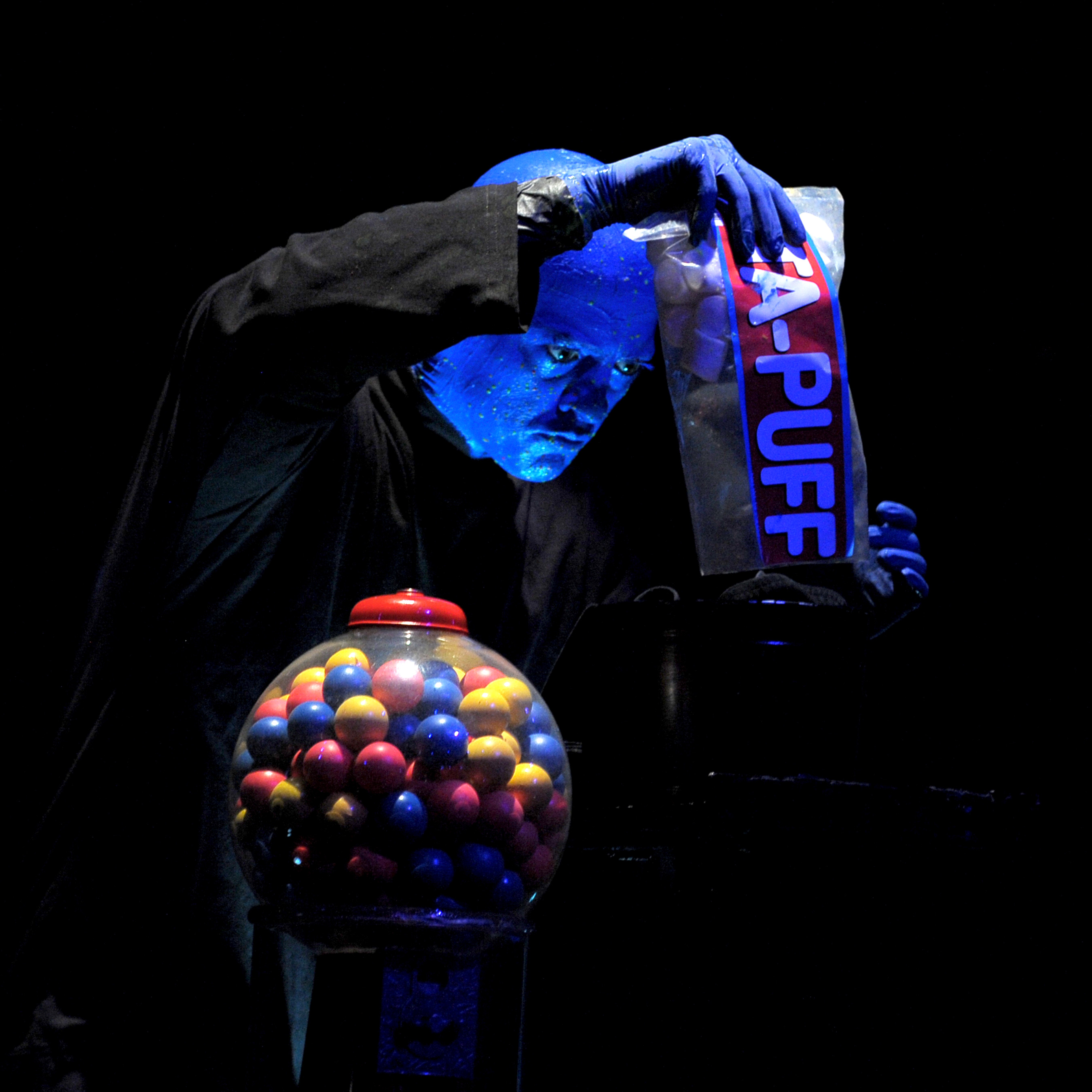 Blue Man Group, continuing its open run at Chicago’s Briar Street Theatre (3133 N. Halsted Street), is celebrating the spring season with the announcement of additional performances. The enhanced performance calendar will provide audiences with more opportunities to experience the ultimate spring break adventure.The critically acclaimed Blue Man Group blends innovative dramatic spectacle and dynamic original music with hilarious comedy, art, technology and science to create a performance experience unlike any other. The show provides audiences with a unique and exhilarating multi-sensory experience that is a truly must see experience.

Audiences looking to further enhance their spring break experience can take advantage of the variety of ticket packages that Blue Man Group has to offer. Chicago visitors looking to explore the city’s landmarks can enjoy special Blue Man Group packages with Skydeck Chicago, 360 Chicago (formerly the John Hancock Observatory) or Chicago Trolley and Double Decker Co. Upon purchasing a ticket for Blue Man Group, guests can receive a free ticket to visit Chicago’s Willis Tower Skydeck (where they can step out onto one of the building’s “Ledge” glass boxes) or 360 Chicago (for unparalleled views of Michigan Avenue and Lake Michigan.) For a unique tour of the city, audience members who purchase Blue Man Group tickets can save 10% on single or three-day tour tickets with Chicago Trolley and Double Decker Co.

Those looking to grab a bite before or after a Blue Man Group show can take advantage of dinner packages with Drew’s on Halsted (formally Jack’s on Halsted) and Yoshi’s Café, both located steps away from the Briar Street Theatre. To book dinner-show packages, guests can call the Blue Man Group box office to buy their tickets and make their dinner reservation. At Drew’s on Halsted, guests will receive an appetizer, entrée, dessert and coffee or tea for $29. Yoshi’s Café offers a prix fixe dinner including an appetizer, main entrée and dessert for $24.95.

College students looking for budget-friendly spring break activities can enjoy the entertainment of a Blue Man Group performance for a discounted price. Upon presenting a valid college ID, students will receive a discounted ticket for $35. College student tickets are available two hours prior to show time and are based on availability.

Blue Man Group Ticket Information
Tickets are available from $49-$99. Tickets may be purchased at the Briar Street Theatre by calling the box office at (773) 348-4000; by calling Ticketmaster at (800) 982-2787; at all Ticketmaster ticket centers or via the Internet at www.ticketmaster.com/bluemanchicago. For a full show schedule and ticket pricing, please visit www.blueman.com/chicago.

About Blue Man Productions
Blue Man Productions is a global entertainment company best known for the award-winning Blue Man Group show, performed in 15 countries and seen by more than 35 million people worldwide since 1991.  A dynamic combination of music, comedy and technology, the show appeals to a broad range of age groups and cultural backgrounds.  It is continually refreshed with new music, fresh stories, custom instruments and state-of-the-art technology.

This creative collective is part of the pop culture zeitgeist.  Beyond the stage show, they have toured the globe with the “Megastar World Tour” rock concert parody, produced five albums, including the Grammy-nominated Audio, contributed to numerous film and TV scores.  They’ve served as the face of branding campaigns for Intel and TIM/Brasil and appeared countless times on hit shows like “The Tonight Show”, “Arrested Development”, “Ellen”, “Schaag-den-Raab” (Germany), “WOWOW” (Japan), and “Calderão” (Brazil).