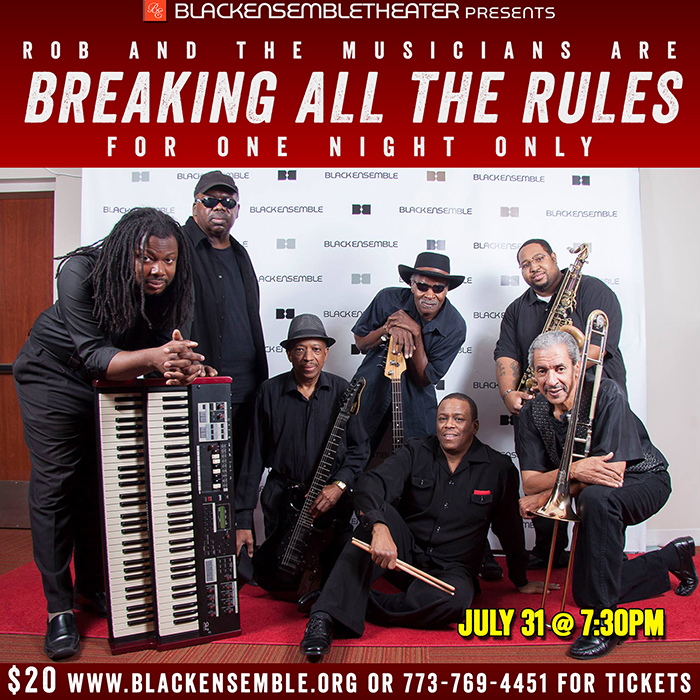 Black Ensemble Music Director Robert Reddrick leads the Black Ensemble band in a night of breaking all the rules. The audience is invited to take pictures, dance, and sing along with the band and special guest performers.Breaking All The Rules will be a night to remember as the musicians jam to their favorite tunes and even accept song requests from the audience.

On November 18, 2011, The Black Ensemble Theater Cultural Center opened and is able to accommodate larger-scale productions, bigger audiences and a wider range of educational programming. The new facility includes amenities such as a 299-seat main stage theater (double the capacity of the original venue); 14 offices, classroom space; rehearsal hall, dance studio, scene shop, costume shop, and wardrobe rooms; seven dressing rooms; rehearsal room for musicians; front lobby space with concession areas; and an indoor parking garage.  The completion of a 150-seat theater, which will serve as an experimental stage for the work of the Black Playwright Initiative (BPI), is expected in to begin construction in 2014.