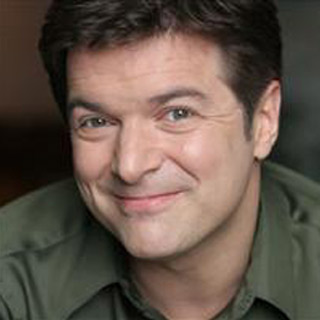 The Chicago acting community is mourning the loss of a second city performer Saturday after Bernard Yvon was killed in a crash in Northwest Indiana.

Yvon, 50, of the 4400 block of North Troy Street in Chicago, was killed in a crash just after 10 a.m. near Calumet and Broadmoor Avenues in Munster, Indiana.

Police said officers arrived at the scene to find a white 2007 freightliner semi-tractor trailer sitting on top of Yvon’s gray Toyota four-door vehicle. He was pronounced dead at the scene.

General Manager of Theatre at the Center, Richard Friedman, said Yvon was on his way to rehearsal at the theater in Munster, Ind., where he was scheduled to perform in the “Women On The Verge of a Nervous Breakdown” musical, set to open next week.

“This is a tremendous loss of a fantastic performer and treasured colleague,” he said. “Bernie made everyone he met feel better about life and every audience member who saw Bernie’s work was fortunate to be entertained by a masterful artist.”

Police said an investigation into the crash is ongoing, but preliminary information indicates Yvon was attempting to make a left-hand turn when he was struck by the semi.

“Bernie Yvon was a triple threat – an immensely talented singer, dancer, and actor – who solidly delivered in any production that I ever cast him in through the years,” Artistic Director at the Center, William Pullinsi, said in a statement. “Audiences just loved him. He was always upbeat, positive and kind and the Chicagoland theater community is in deep mourning of a great man.”

Yvon’s death marks the second death of a Chicago performer Saturday after 46-year-old actress Molly Glynn died after being struck by a falling tree during Friday storms.

According to a bio on the Marriott Theater’s website, Yvon appeared in dozens of productions at the theater, including leading roles in Mary Poppins, Alice in Wonderland, Aladdin, Pinocchio, the Wizard of Oz and more.

He appeared on Broadway as Houdini in the original production of Ragtime, in the First National Tours of The Producers, Cabaret, Ragtime and Joseph and received the After Dark Award, a Wilde Award nomination and several Jeff Award nominations.