BAT BOY Is Florida Theatre At Its Finest 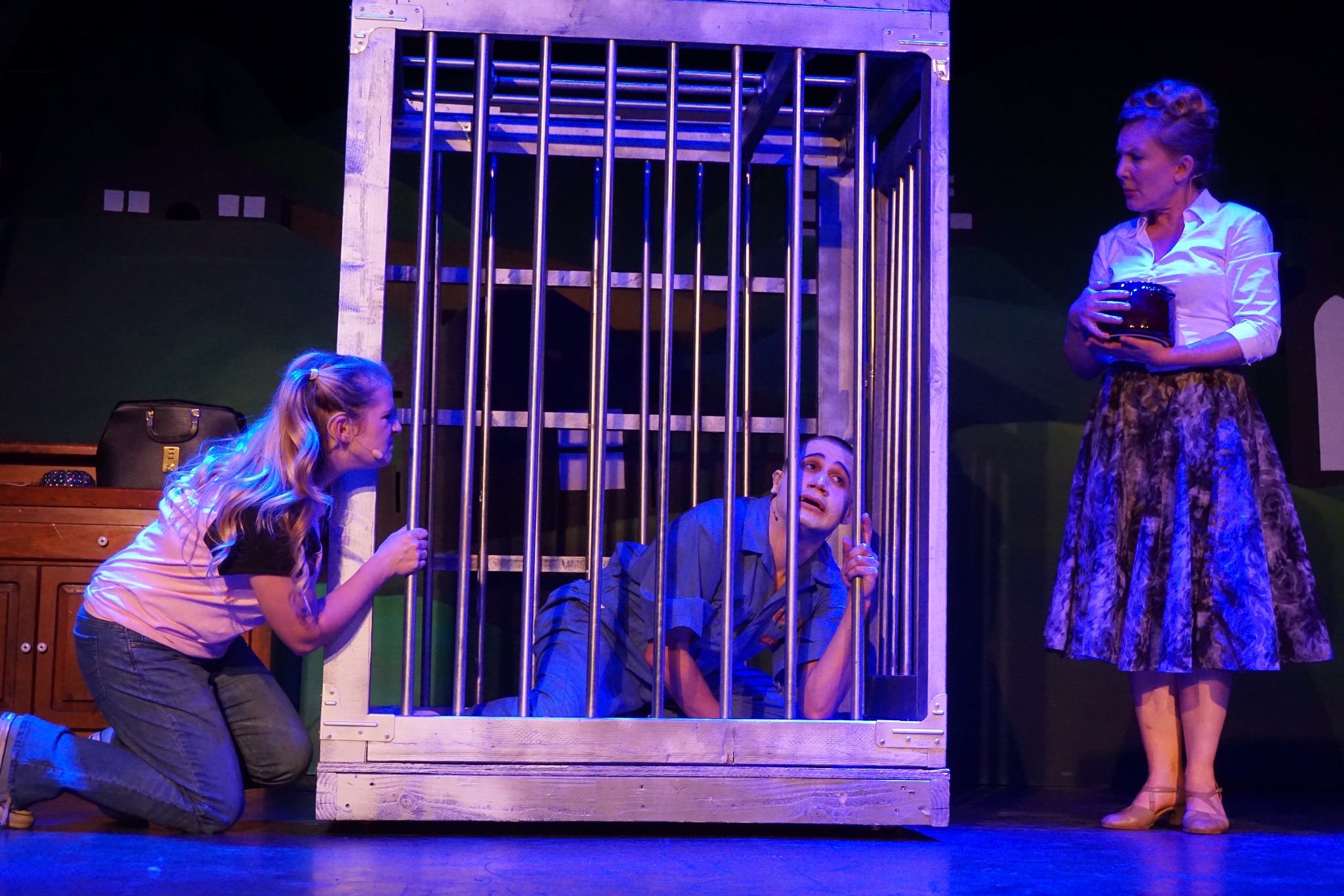 Sweet Wounded Jesus!  There are those rare moments in theatre when a production works on every level.  Director Kenny Howard’s intelligent and emotionally jarring Bat Boy: The Musical, currently being staged by Gen Y Productions at The Abbey is one of those rarities.

This 2001 off-Broadway gem found its origins in a 1992 Weekly World News story about a boy whose lineage is half human and half bat.  The Inquirer-like article was then adapted into a musical by Keythe Farley and Brian  composer/lyricist Laurence O’Keefe.  Bat Boy, The Musical  was instant critical hit earning best the Lucille Nortel and Outer Critics Circle Award for best musical when it premiered in March, 2001.

The musical opens with the Bat Boy being found and captured in a West Virginia cave where the residents of a small hick town want him euthanized.  Instead, he is adopted by the family of a local veterinarian, Dr. Parker, who name him Edgar and begin the process of trying to integrate him into society.  As the Bat Boy goes through his Eliza Doolittle transformation, prejudice soon takes over the community bringing out the worst of humanity, while uncovering truth about how Bat Boy was born.

Though at first glance, Bat Boy would seem nothing other than high camp.  But when this story is now juxtaposed into our current socio-political environment, Bat Boy takes on an entirely different momentum where prejudice disguised as religion becomes a vehicle to allow hatred to fill the void of what society doesn’t naturally accept.

Mr. Howard has assembled a cast that would feel equally comfortable on Broadway as they do at the Abbey, with a company lead by the astonishing Ricky Cona.  His Bat Boy weaves through the vocal challenges of the score with natural ease while uncovering nuanced moments with other cast members that the authors of this work could have only imagined.

On equal footing with Mr. Cona is the remarkable Rebecca Fisher who plays Edgar’s adoptive mother, Meredith.  Possessing one of the finest voices akin to Alice Ripley, Ms. Fisher is instantly connected to the title character and renders a story arch that is every bit as gripping as Edgar’s.  The triad is completed by the engaging Jennafer Newberry who has found her on stage soul mate with Mr. Cona and whose innate comic timing creates some of the evening’s more memorable moments.    As the Parker patriarch, William Flanagan has found the perfect balance of comic and creep, allowing the audience to actually be moved by his damaged character path to redemption.

What makes any show a success is the quality of the ensemble, and again, Mr. Howard has gathered a magnificent array of actors (Adam McCabe, Shonn McCloud, Kayla Kelsey Morales, David Lee, Michael Colavolpe and Amitria Fanae) who rap, cross-dress and find traveling salvation with the greatest of ease.

Technically, Bat Boy is superior than any other I have seen at this particular venue.  Musical director John DeHaas makes Bat Boy’s complex score unwind with ease while William Marchant’s choreography stays precise with the confines of the Abbey stage.  Bonnie Sprung’s diverse set design  is all the more impressive as lit by Roy Brown while Kyla Swanberg’s costumes are craftily designed to allow the on stage action to flow with ease; while assistant director Chris Yakubchik helps weave Mr. Howard’s vision into fruition.