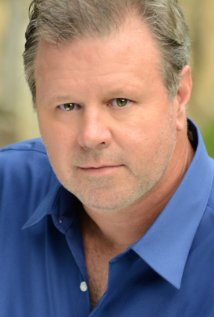 “Masterminds”, previously titled “Loomis Fargo” tells the story of a night guard at an armored car company in the Southwest that organizes one of the biggest heists in American History.

Veteran actor Barry Ratcliffe describes his first scene processing the main character David (Zach Galifianakis). “I had certainly had lots of rehearsal time, and was more than prepared, especially working with an amazing comedic talent like Zach, and then they brought out the chains for me to unlock on his waist, hands, and feet, while delivering my lines. Then the lead officer of the prison we were using, handed me a set of 40 keys. So let’s just say that my Oscar chances on this opening scene were destroyed by inanimate objects, lol. Seriously, it was a true honor to work with such an amazing cast and crew.”

About Barry Ratcliffe
Barry Ratcliffe is best known as city councilman Jason Tyler on the Lifetime drama “Army Wives”, and as an auctioneer on all 3 networks and the upcoming Nicholas Sparks film “The Longest Ride”. His wide range of characters span from comedy to drama on such shows as “Nashville”, “Person of Interest”, Tyler Perry’s “The Haves and The Have Nots”, “White Collar”, “Brothers and Sisters”, the award winning “House of Cards” and many more. His film resume is equally extensive from his latest comedy “Ted 2” for Seth MacFarlane, “Masterminds” with Zach Galifianakis and Owen Wilson, “Blue Mountain State: The Rise of Thadland”, and recreating the cowardly lion role in the feature film “Dorothy and the Witches of Oz”.