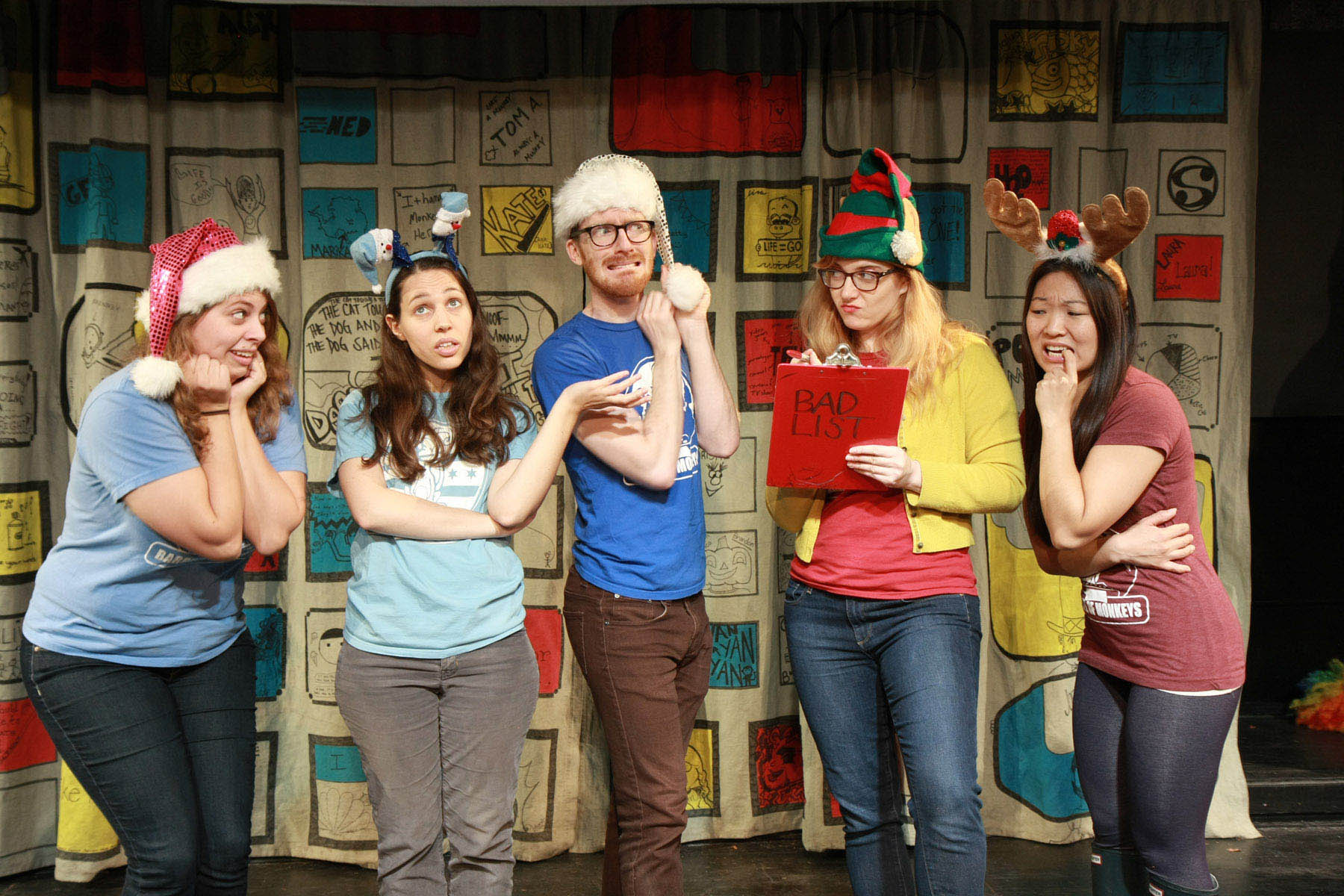 Barrel of Monkeys invites you to celebrate the warmth and joy of the holiday season at THAT’S WEIRD, GRANDMA: THE HOLIDAY SPECIAL, featuring a festive array of holiday-themed sketches like Santa and Taco Bell, Nightmare In My Eye, The Shopping Habit, Snowmen From Pluto, Santa’s Mean Day and many more – all written by Chicago Public School students and adapted for the stage by Barrel of Monkeys Company Members.

Directed by Company Member Marika Mashburn, THAT’S WEIRD GRANDMA: THE HOLIDAY SPECIAL plays Mondays at 8 pm from December 8, 2014 – January 5, 2015 at the Neo-Futurist Theater, 5153 N. Ashland Ave. in Chicago. Clever and funny – touching and poignant – the weekly collection of short sketches are equally entertaining for both adults and children. The line-up changes each week by audience vote – so no two shows are ever the same. For tickets, reservations and information visit www.barrelofmonkeys.org or call (312) 409-1954.  The press performance is Monday, December 15 at 8 pm.

Adapted for the stage by:  Barrel of Monkeys Company Members

Marika Mashburn has been a proud Company Member of Barrel of Monkeys since 2007.  She is also a Company Member and Casting Director with The House Theatre of Chicago, where she has originated roles in Death and Harry Houdini, Hatfield & McCoy, Dave DaVinci Saves the Universe, San Valentino and the Melancholy Kid and many others.  Regionally, she worked at Lookingglass (Our Town, Wooden Breeks), Steppenwolf, The Adrienne Arsht Center in Miami and Milwaukee Repertory Theater.  As a director, she has worked with The House and Theater on the Lake (The Attempters), Collaboraction and Hell in a Handbag.  As a writer, her short and full-length plays have been performed throughout the U.S., off-Broadway and in Iran.  TV: Chicago Fire, Wordscape (Emmy Award).