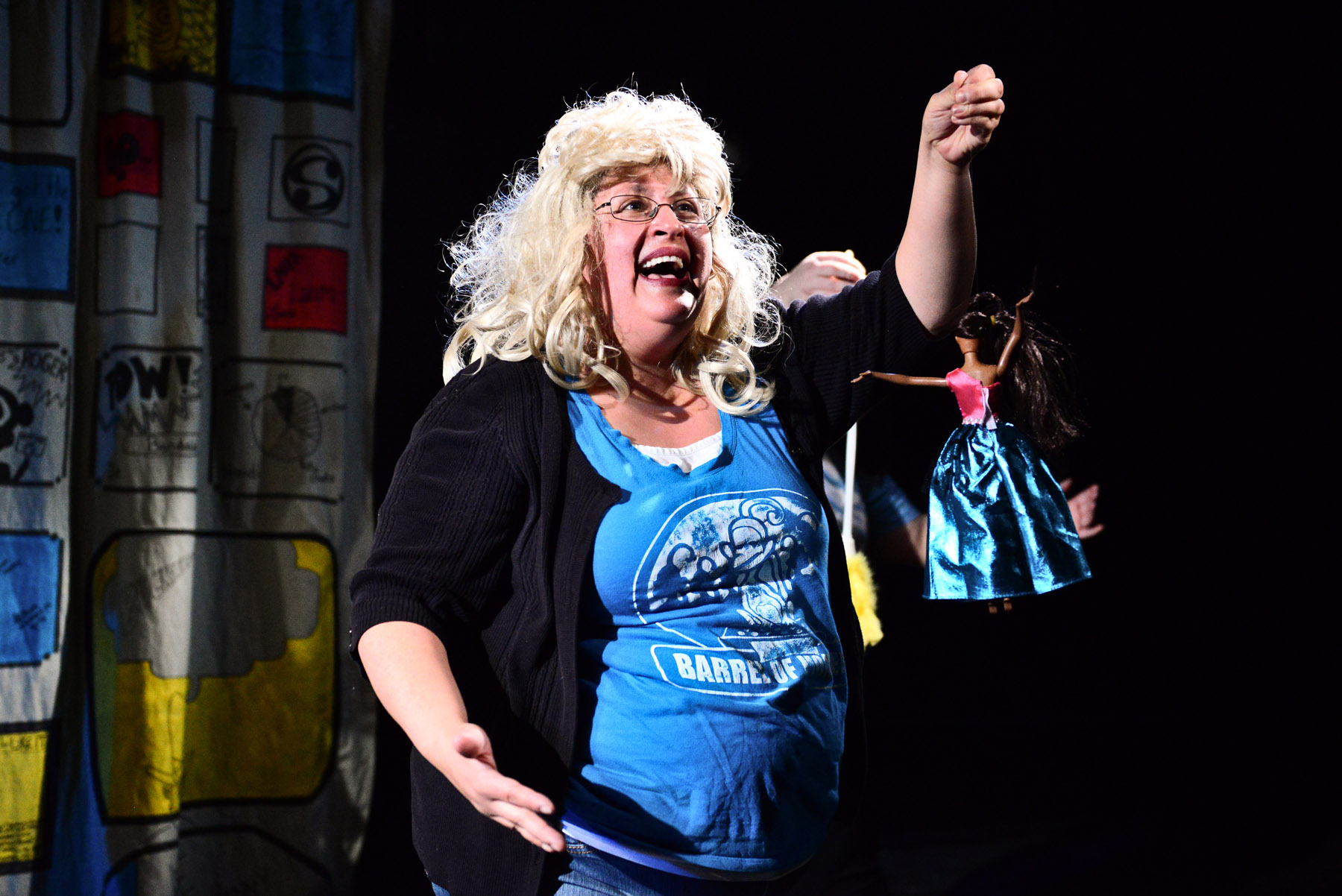 Barrel of Monkeys invites you to enjoy a line-up full of brand new stories at THAT’S WEIRD, GRANDMA: Summer Block Party, directed by Artistic Director Joseph Schupbach, playing Mondays at 8 pm from June 8 – August 10, 2015 at the Neo-Futurist Theater, 5153 N. Ashland Ave. in Chicago. Throughout the summer months, Barrel of Monkeys will premiere stories from the 2014-15 school year – all conceived and written by Chicago Public School students and adapted for the stage and performed by Barrel of Monkeys Company Members. For tickets, reservations and information visit www.barrelofmonkeys.org or call (312) 409-1954. Photos by Evan Hanover

Clever and funny – touching and poignant – the collection of short sketches featured in THAT’S WEIRD, GRANDMA are equally entertaining for adults and children. The line-up in the long running, critically acclaimed revue change each week by audience vote, so no two shows are ever the same.

Barrel of Monkeys’ spring revue, THAT’S WEIRD GRANDMA: Spring Into Action! will play April 5 – 26, 2015 at the Neo-Futurist Theater. The company also presents its annual CELEBRATION OF AUTHORS on Tuesday, June 2 at 7:30 pm (6:30 pm reception), featuring performances of student-written stories created at all of its partner schools and after-school program during the 2014-2015 season. The FREE event takes place at the University of Chicago’s Reva and David Logan Center for the Arts, 915 E 60th St. in Chicago. Reservations for CELEBRATION OF AUTHORS can be made beginning Friday, May 1, 2015 by calling (312) 409-1954.

Joseph Schupbach has directed shows for Barrel of Monkeys, North Park University, Murakami Sound Machine and InGen Productions – a company of which he is co-founder and Artistic Director. Joseph has assistant directed for The Ruffians and The Neo-Futurists and has performed all over Chicago. In November 2014, he was appointed Barrel of Monkeys’ new Artistic Director, having served as the company’s Education Coordinator since 2011.