Barrel of Monkeys Presents “THAT’S WEIRD, GRANDMA: Back To School” Through Sept. 7 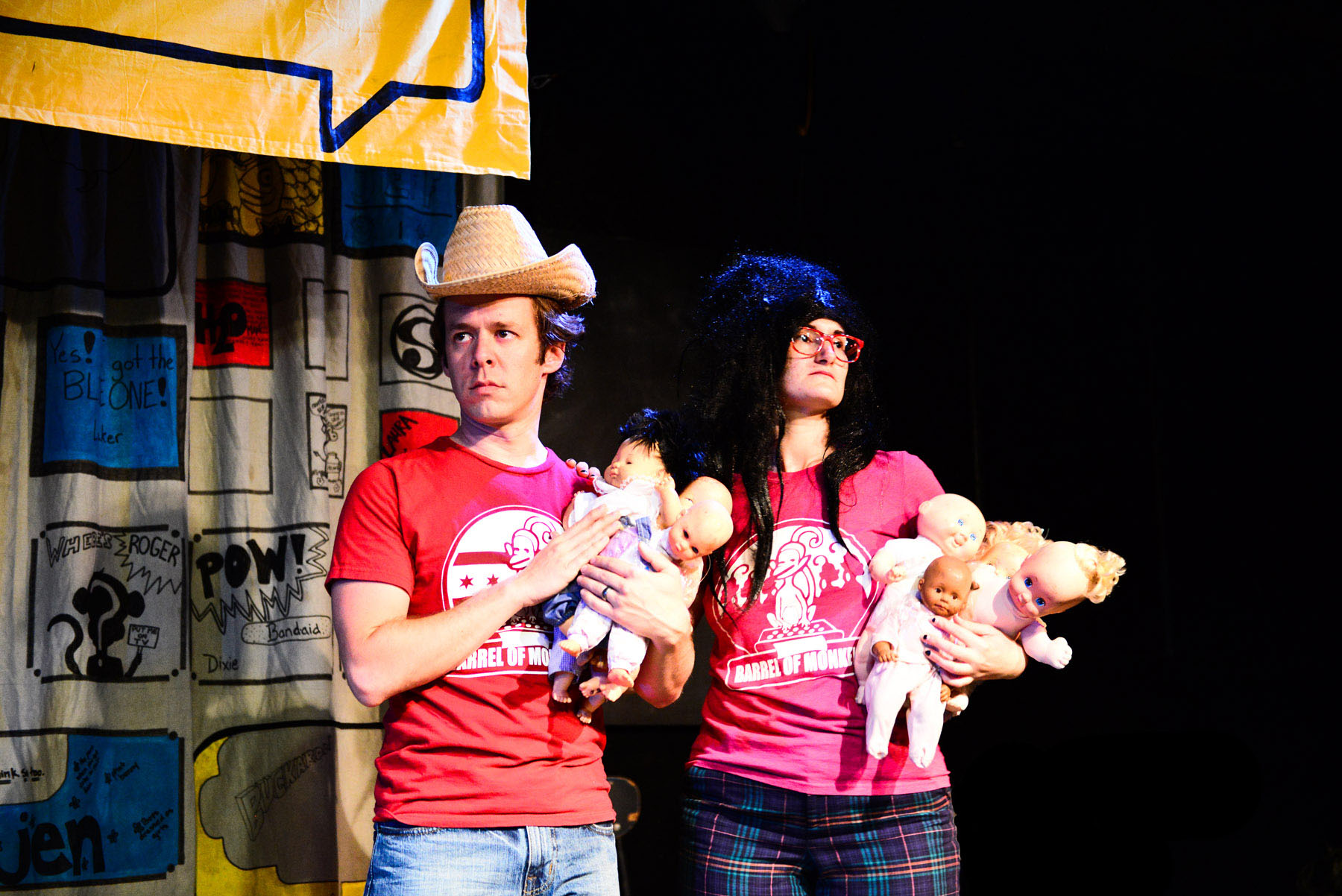 The summer fun never has to end! Barrel of Monkeys ushers in the school year with its revue THAT’S WEIRD, GRANDMA: Back To School, directed by Artistic Director Joseph Schupbach, playing Mondays at 8 pm through September 7, 2015 at the Neo-Futurist Theater, 5153 N. Ashland Ave. in Chicago. For tickets, reservations and information visit www.barrelofmonkeys.org or call (312) 409-1954.

THAT’S WEIRD, GRANDMA is a variety show of short sketches and songs adapted from stories written by students in Barrel of Monkeys’ arts education programs. The weekly show, now in its 14th year, runs the gamut from clever and funny to touching and poignant, and includes live music, original song-and-dance numbers, wigs and props galore and a rotating cast of talented professional actors who celebrate the imaginations of children through this raucous performance. Equally entertaining for adults and children, the line-up changes each week by audience vote, so no two shows are ever the same.

Joseph Schupbach has directed shows for Barrel of Monkeys, North Park University, Murakami Sound Machine and InGen Productions – a company of which he is co-founder and Artistic Director. Joseph has assistant directed for The Ruffians and The Neo-Futurists and has performed all over Chicago. In November 2014, he was appointed Barrel of Monkeys’ new Artistic Director, having served as the company’s Education Coordinator since 2011.