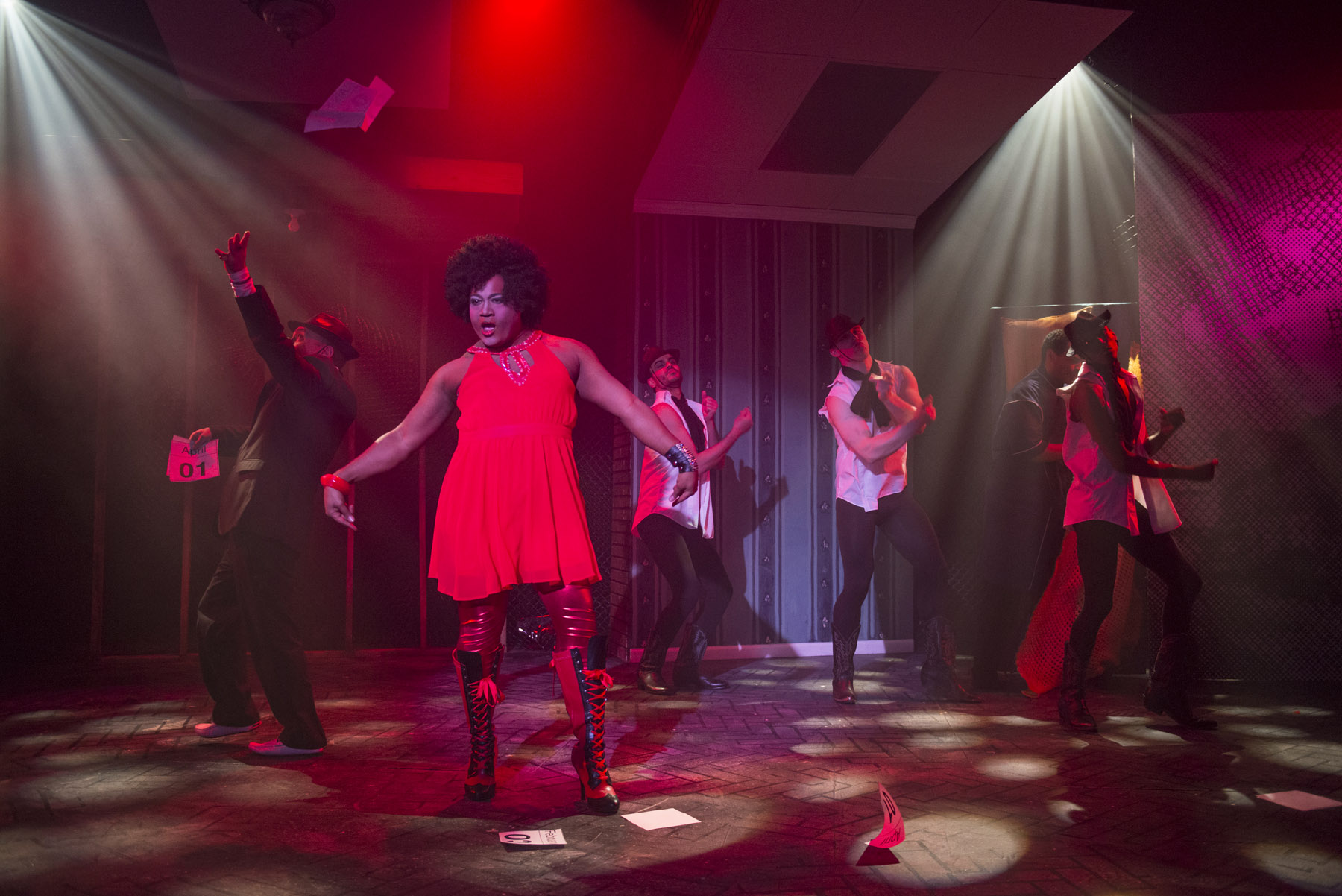 On the heels of its wildly-successful production of The Wild Party, Bailiwick Chicago is pleased to continue its 2014-15 season with the world premiere of the fierce new play PRINCESS MARY DEMANDS YOUR ATTENTION by Resident Playwright Aaron Holland, directed by Artistic Director Lili-Anne Brown, playing January 15 – February 21, 2015 at Victory Gardens Richard Christiansen Theater, 2433 N. Lincoln Ave. in Chicago. Tickets are available at www.victorygardens.org, by calling (773) 871-3000 or in-person at the Victory Gardens Box Office.

PRINCESS MARY DEMANDS YOUR ATTENTION tells the soulful story of Amari Bolkonski, a gay, black daydreamer seemingly “stuck” in life. A chance meeting throws him into to a decade-long journey to personal acceptance and freedom, guided (and haunted) by an inexplicable and challenging drag queen. With storytelling that incorporates music and dance, PRINCESS MARY DEMANDS YOUR ATTENTION – inspired by parts of Tolstoy’s War & Peace –is a fierce new play that ultimately demands an answer to the question: Is there really anything in your way

Curtain Times: Thursdays, Fridays and Saturdays at 8 pm; Sundays at 3 pm. Please note: there will be added performances on Wednesday, January 28 at 7:30 pm and Tuesday, February 10 at 7:30 pm (Industry Night).

Tickets: Previews: $15. Regular run: $30. Discounts available for groups of 10 or more. Tickets are available at www.victorygardens.org, by calling (773) 871-3000 or in-person at the Victory Gardens Box Office.

Aaron Holland has been performing in and around Chicagoland for the past ten years, working with everyone from Chicago Shakespeare, The Goodman and Steppenwolf to Profiles Theater, BoHo and Emerald City. Aaron has been nominated for two Black Theatre Alliance Awards and received the Kingsley Colton Award at the American College Theatre Festival at the Kennedy Center in 2003. In the ten years he’s been in Chicago, Aaron has also written and produced five of his own shows: The Golden Rose (A musical adventure inspired by the stories of Krishna in the Bhagavad-gita) at the Heartland Theater, The Secrets of Triple G (an African-American, gay, murder mystery farce) at The Abbiefest Angel Island Theater, Catharsis Or the Thing You Should Have Told Me (a family drama) Stage Left Theater and Skokie Theater, Five Mo’s Named Guy (Aagay parody of the jukebox musical format) at the Playground Theater and Sideways Tales From Front Street Beach (a song-cycle about sexual secrets) at Mary’s Attic. His latest work, A Plank In Reason, was recently produced as part of Prologue Theatre’s Landmark Festival in September 2014. Aaron has a BFA in Theatre-Performance from Virginia Commonwealth University, and is a proud member of the Actor’s Equity Association.

Lili-Anne Brown is the Artistic Director of Bailiwick Chicago. She received a Joseph Jefferson Award this year (Direction of a Musical) for her direction of last season’s Dessa Rose. Other directing credits include: Michael John LaChiusa’s See What I Wanna See (part of Steppenwolf Theatre’s Garage Rep), and the critically acclaimed Chicago Premiere of Passing Strange (Black Theatre Alliance Award for Best Director of a Musical, Jeff Award nomination for Best Director of a Musical), both for Bailiwick Chicago; Hearts of Darkness and the upcoming On the Boards at Roosevelt University; and Unnecessary Farce, Cabaret, Sweet Charity, The 25th Annual Putnam County Spelling Bee, and Buddy: The Buddy Holly Story, all at Timber Lake Playhouse, where she is an Artistic Associate. She works as an actor, director and educator, both locally and regionally, and is a member of Actors’ Equity Association and SAG-AFTRA. Lili-Anne is a Northwestern University graduate (Performance Studies), and a proud native Chicagoan.

Bailiwick Chicago is a non-profit professional company with a mission to produce contemporary musicals and plays, reinvent classic musicals and develop new work, while sharing a powerful, intimate theatrical experience. The company celebrates and engages our community through diverse programming, artistic partnerships and outreach opportunities. In its first four seasons Bailiwick Chicago has garnered 65 award nominations, including eight Non-Equity Jeff Award Nominations in its 2013-14 Season. For additional information, visit bailiwickchicago.com.