AstonRep’s THE WOMEN OF LOCKERBIE – Through May 8, 2016 at The Raven Theatre – Chicago Premiere 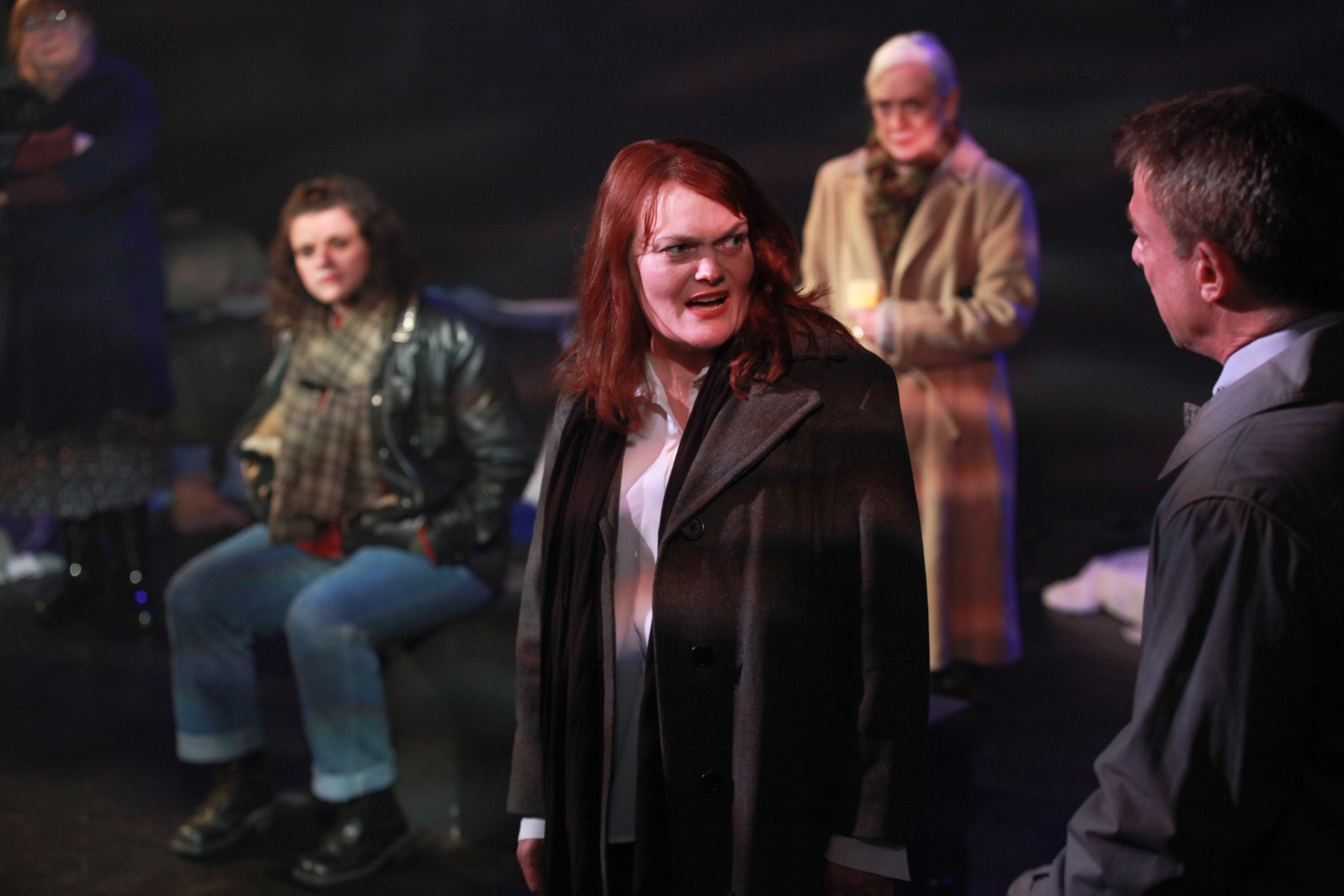 AstonRep Theatre Company is pleased to continue its 2015-16 season with the Chicago premiere of Deborah Brevoort’s moving drama THE WOMEN OF LOCKERBIE, directed by Artistic Director Robert Tobin*. Inspired by events following the infamous 1988 terrorist attack of Pan Am Flight 103, THE WOMEN OF LOCKERBIE will play April 7 – May 8, 2016 at The Raven Theatre (West Stage), 6157 N. Clark St. in Chicago. Tickets are available at www.astonrep.com or by calling (773) 828-9129.

Inspired by a true story, this moving drama follows a group known as the Women of Lockerbie – determined to turn an act of hatred into an act of love. The story begins with a couple trying to gain closure after the death of their son in the terrorist bombing of Pan Am Flight 103 over Lockerbie, Scotland. They meet the Women of Lockerbie, who want to wash the clothes of the dead and return them to the victims’ families. THE WOMEN OF LOCKERBIE is a poetic drama about the triumph of love over hate – amid one of the first tragedies of terrorism that shaped the world we live in.

Deborah Brevoort is a playwright and librettist from Alaska who now lives in the New York City area. She is an alumna of New Dramatists, one of the original company members of Perseverance Theatre in Juneau, Alaska and a co-founder of Theatre Without Borders, a group of individual artists dedicated to international theatre exchange. She is best known for her play The Women of Lockerbie, which won the Kennedy Center’s Fund for New American Plays Award and the silver medal in the Onassis International Playwriting Competition. It was produced in London at the Orange Tree, off-Broadway at the New Group and Women’s Project and in Los Angeles at the Actors Gang.

Robert Tobin is the Artistic Director of AstonRep Theatre Company and has been involved in some capacity with every one of AstonRep’s 16 productions. Recent directing credits with AstonRep include the Chicago Premiere of The Water’s Edge, The Dumbwaiter/In The Moment, The Lover and The Erpingham Camp. In Chicago, Robert has worked as an actor, playwright and/or director with companies including Steppenwolf, Chicago Shakespeare, First Folio, Oak Park Festival Theatre and Redtwist, among many others. Regionally, he has worked with the Utah, Colorado, and Montana Shakespeare Festivals, The MET Theatre (Los Angeles) and the Geffen Playhouse (Los Angeles), among others. As a playwright, he has had several critically acclaimed plays produced in Chicago, Los Angeles and regionally and recently won Best Literary Adaptation as part of the City Lit Theatre’s “Art of Adaptation” Festival.

AstonRep Theatre Company was formed in the summer of 2008. Since then, the company has produced 16 full-length productions and five annual Writer’s Series. AstonRep Theatre Company is an ensemble of artists committed to creating exciting, intimate theatrical experiences that go beyond the front door to challenge audiences and spark discussion where the show is not the end of the experience: it is just the beginning.