Artistic Home’s “By the Bog of Cats” Opens February 13 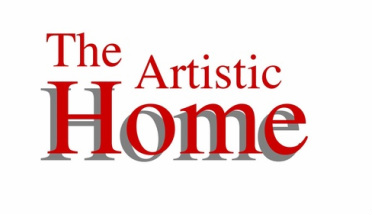 The Artistic Home Artistic Director Kathy Scambiatterra announced today that the company will perform By the Bog of Cats; a drama by Irish playwright Marina Carr (The Mai) that premiered at Dublin’s Abbey Theatre in 1998 and was produced in London’s West End in a 2004 production starring Holly Hunter. The company’s staging of this modern Irish drama inspired by the great Greek tragedies will run from February 8 through March 26, 2017. The Artistic Home’s production will be directed by Jeff Award winner and ensemble member John Mossman and open Monday, February 13 at 7:30 pm, following previews from February 8-10 and February 12.Set on a ghostly landscape in Ireland, By the Bog of Cats is the story of a woman who’s had a lifetime of abandonment and decides to lay claim to everything that’s hers on a day when her world’s being torn in half.  Not only did her mother run off when she was a girl, but today the great love of her life, with whom she has a seven-year-old daughter, is marrying into a family that wants her kicked off the land.  She has no one to turn to except local misfits, who are part of a community filled with outrageous, funny, terrible people. It’s one day in the life of a woman pushed beyond the limits of human endurance as she is forced to make a final horrible, self sacrificing decision.  Mossman says of the play, “Think Greek tragedy on an Irish Bog.  Just as tragic but twice as funny and pure poetry, in the great Irish tradition.”

The Chicago Tribune’s Richard Christiansen in reviewing the play’s 2001 American premiere production by Chicago’s now-departed Irish Repertory Theatre of Chicago, “… it’s a good, strong piece of theater that takes off from an imaginative premise and goes on to deliver an engrossing tale of love, rage and revenge.”

ABOUT MARINA CARR
Carr attended University College Dublin and has received an honorary degree of Doctorate of Literature from that university.  She has held posts as writer-in-residence at the Abbey Theatre, Trinity College Dublin, and Princeton University. She has written 16 plays since her career began, and is considered one of Ireland’s most prominent playwrights. Her award-winning plays—largely poetic tragedies of rural Irish domestic life—have been produced around the world. They include The Mai (1994), Portia Coughlan (1996), By the Bog of Cats  (1998), On Raftery’s Hill (2000); Ariel (2002), a retelling of Euripides’Iphigenia at Aulis extended into the aftermath shown in Aeschylus’ Oresteia; and Woman and Scarecrow (2006).

ABOUT THE ARTISTIC HOME
The Artistic Home is noted for their innovative and intimate presentations of rarely-produced classics as well developing new works. Audiences may know The Artistic Home best from their recent Jeff-Nominated productions of The Seagull, Watch on the Rhine,Macbeth and The Late Henry Moss or the 2013 Jeff Award winner The Goddess. Other Artistic Home productions include the Jeff-Award-winning production of Juno and the Paycock, which also received three After Dark Awards, the Jeff-Nominated Sweet Bird of Youth, The Tallest Man, Landscape of the Body, Natural Affection, Five Women Wearing the Same Dress, After the Fall and Peer Gynt (which also received an After Dark award for Direction).
For more than 18 years, The Artistic Home has consistently produced compelling theatre in Chicago. First formed in 1998 with the belief that the actor is at the heart of great theater, the company strives to give birth to unforgettable moments; to touch audiences who are increasingly distanced from human contact; to readdress the classics and explore new works with passion.