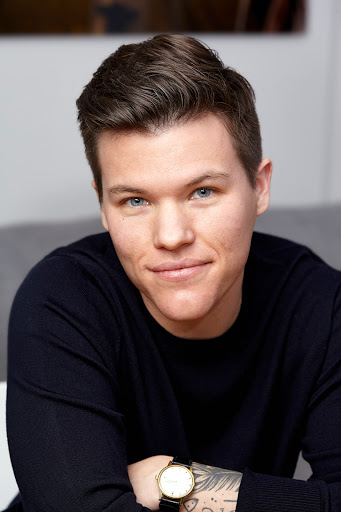 Following a six-month national search, American Theater Company’s (ATC) Board of Directors has named Will Davis its new artistic director, effective immediately. Currently based in New York, Davis is a director and choreographer known for physically adventurous new works, including the recently announced Off-Broadway run of Jaclyn Backhaus’ Men on Boats this summer (a coproduction of Playwrights Horizons and Clubbed Thumb), and two past productions of Colossal by Andrew Hinderaker, for which Davis won a Helen Hayes award for outstanding direction. The appointment at ATC marks a return to Chicago for Davis, who holds a BFA in Theatre Studies from DePaul University and served as assistant director for ATC’s 2006 production of William Inge’s The Dark at the Top of the Stairs.

Davis succeeds ATC’s Interim Artistic Director Bonnie Metzgar, who has held the post since the unexpected passing of ATC’s longtime Artistic Director PJ Paparelli last May. Davis will collaborate with Metzgar to finalize plans for the company’s 2016-17 Season.

“After a thorough and thoughtful national search, I’m extremely thrilled to welcome Will to ATC and the Chicago theater community,” says ATC Board President Art Cunningham. “His passion, artistic excellence and creative vision align perfectly with our goal of producing cutting-edge work that both challenges and entertains. We’re very fortunate to have someone of Will’s caliber drive ATC forward and build upon our artistic and educational achievements.”

“It is a great privilege to join the ATC family and to be entrusted with leading the company forward,” says Davis. “ATC’s mission to answer the question ‘What does it mean to be an American?’ invites us to make work aimed straight at the heart of the present moment, and provides a vital touchstone for us as citizens and art makers. I intend to deepen this conversation and ask what we are making, how we are making it, and who we are making it for. I feel a great resonance with the company’s staff and board, and I look forward to asking these questions together, lifting up ATC’s legacy and strengthening its reputation as a hub for ambitious and excellent works for the American theater.”

Davis will be among the distinguished guests at ATC’s 2016 gala, the Xanadu-inspired affair A Million Lights Are Dancing on April 8, 2016. Remaining productions in ATC’s Season 31: The Legacy Season are the regional premiere of Abe Koogler’s Kill Floor under the direction of Jonathan Berry (March 25-May 1, 2016), following its world premiere at New York’s LCT3/Lincoln Center Theater, and the musical comedy Xanadu, with music and lyrics by Jeff Lynne and John Farrar and book by Douglas Carter Beane, directed by Lili-Anne Brown (May 27-July 17, 2016).

Will Davis is a director and choreographer focused on physically adventurous new work. Recent projects include: Men on Boats by Jaclyn Backhaus for Clubbed Thumb’s Summerworks, which will receive a remount at Playwrights Horizons in July; Orange Julius by Basil Kreimendahl; Mike Iveson’s Sorry Robot for PS122’s COIL Festival; and two productions of Colossal by Andrew Hinderaker for Mixed Blood Theater and the Olney Theatre Center, for which he won a Helen Hayes award for outstanding direction. Davis has developed, directed and performed his work with New York Theatre Workshop, Clubbed Thumb, the New Museum, the Olney Theatre Center, the Alliance Theatre, the Playwright’s Realm, the Fusebox Festival, New Harmony Project, the Orchard Project, the Ground Floor Residency at Berkeley Rep, Performance Studies International at Stanford University, and the Kennedy Center. He is an alum of the Soho Rep Writer/Director Lab and the NYTW 2050 Directing Fellowship. Davis is currently an artist-in-residence at BAX (Brooklyn Art Exchange) where he is developing a new work inspired by William Inge’s Picnic. He holds a BFA in Theatre Studies from DePaul University and an MFA in Directing from UT Austin.