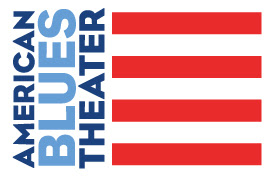 “I am of course honored and grateful, but mostly I am charged up,” said Idris Goodwin.  “I want to use the theatre as a venue to wrestle with our national sicknesses but also a place to nod heads in unison, as we collectively imagine towards liberation. HYPE MAN, this latest entry into my break beat plays series, exemplifies this desire. I can’t wait to further refine the play with the indomitable American Blues Theater, in one of the greatest cities for art.”

“We’re honored to announce Idris Goodwin’s script as the 2017 winner,” notes Producing Artistic Director Gwendolyn Whiteside. “Idris’s script is both heartbreaking and humorous with characters impossible to forget. The themes resonate empathy and a call to action. We’re thrilled to further develop HYPE MAN with Idris.

HYPE MAN is a story about a controversial police shooting inflaming tensions between an interracial hip hop trio. It is a rhythmically woven drama exploring race, representation, fame and friendship. 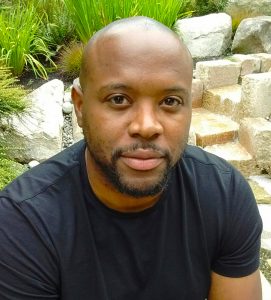 Idris Goodwin is a playwright, poet/performer and essayist. His play How We Got On developed at the O’Neill National Playwrights Conference, premiered in Actors Theatre’s 2012 Humana Festival, and is being produced at theatres across the country. It is the first in his “break beat play” series which includes The REALNESS and HYPE MAN. Other plays include Blackademics, This Is Modern Art co-written with Kevin Coval, And in This Corner: Cassius Clay, Bars and Measures, and The Raid. Goodwin is one of seven playwrights featured in the widely presented HANDS UP!, an anthology commissioned by The New Black Fest and published by Samuel French. His one act Black Flag was produced Off Broadway in Summer Shorts Festival at 59E59 Theatre. He’s received support from the NEA and Ford Foundation, and awarded Oregon Shakespeare’s American History Cycle Commission, and InterAct Theater’s 20/20 Prize. He’s had work produced and/or commissioned/developed with Steppenwolf Theatre, The Kennedy Center, Berkeley Rep’s Ground Floor Program, La Jolla Playhouse, The Lark Playwriting Center, The Playwrights’ Center and New Harmony Project. These Are The Breaks (Write Bloody, 2011), his debut collection of essays and poetry, was nominated for a Pushcart Prize. Goodwin’s poetry has featured on HBO, The Discovery Channel, Sesame Street and National Public Radio.  Goodwin is an assistant professor in The Department of Theatre and Dance at Colorado College. Find him at www.idrisgoodwin.com

About the Blue Ink Playwriting Award

The annual Blue Ink Playwriting Award was created in 2010 to support new work. Since inception, American Blues Theater has named 7 Award winners, 35 finalists, and 59 semi-finalists. American Blues awarded more than $5,000 in cash and prizes for 2017.  The full list of 2017 Blue Ink Playwriting Award winners can be found at AmericanBluesTheater.com.

Each year American Blues Theater accepts worldwide submissions of original, unpublished full-length plays. The winning play is selected by Producing Artistic Director Gwendolyn Whiteside and the theater’s Ensemble. The playwright receives a monetary prize of $1,000 and a developmental workshop or staged reading at American Blues Theater in Chicago.  Finalists and semi-finalists are also awarded a cash prize.

Submissions for the 2018 Blue Ink Playwriting Award open July 1, 2017. All submissions must be received by American Blues Theater by August 31, 2017 at 11:59pm. Playwrights may only submit one (1) manuscript each year for consideration.

The diverse and multi-generational artists have established the second-oldest professional Equity Ensemble theater in Chicago.  The 37-member Ensemble has 530+ combined years of collaboration on stage. As of 2016, the theater and artists received 186 Joseph Jefferson Awards and nominations that celebrate excellence in Chicago theater and over 31 Black Theatre Alliance Awards. The artists are honored with Pulitzer Prize nominations, Academy Awards, Golden Globe Awards, Emmy Awards and numerous other accolades.