ALL AT ONCE Joint Program Moves Forward the Conversation on Diversity in Contemporary Dance At Stage773, February 28 – March 3 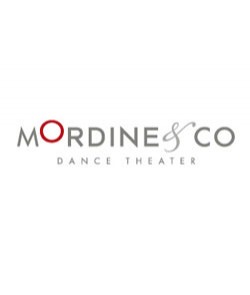 Mordine & Company Dance Theater, the Midwest’s longest running contemporary dance company, presents All at Once, a shared weekend of vibrant programming celebrating the diversity of Chicago’s dance community, in four performances only at Stage773, 1225 W. Belmont Ave., Thursday, February 28 – Saturday, March 2 at 8 pm and Sunday, March 3 at 3 pm.  All at Once features a World Premiere by Founder and Artistic DirectorShirley Mordine, plus performances by guest artists, contemporary Flamenco ensemble Clinard Dance Theatre(February 28 and March 1) and contemporary African-American dance-based ensemble Deeply Rooted Dance Theatre(March 2 and 3).  A discussion with the artists follows each performance.

“Following the Dance/USA Conference in San Francisco this past summer, a group of fellow choreographers and I initiated the idea of conversations with the Chicago dance community on the subject of diversity,” said Mordine.  “In addition to these conversations, I felt it was important to design performances that include a diverse representation of cultural dance styles on the program.  We feel there is a need to ask the question, ‘what would make you come to the table?’”

For its share of the program, Mordine & Co. presents the World Premiere of All at Once/Acts of Renewal, a new work for eight dancers exploring simultaneity in an over-stimulated world.  Inspired by the ability – and need – to process a deluge of information in the digital age, Mordine’s new work navigates through surprising, contrasting and sometimes comical simultaneous realities to discover where we find the true sense of self in the modern age.  The company also presents the reprise of Mordine’s 2011 work LifeSpeak, a work about stories, in particular life stories that illuminate one’s individual past and our collective history, that are composed, decomposed, and re-composed again based on the times, the teller and the audience.  Both works are set to original music by Shawn Decker.

Clinard Dance Theater performs From the Arctic to the Middle East (Broken Narratives by an American Flamenco Dancer), choreographed by Wendy Clinard with music by Steve Gibons, which uses the timeless tools of story, song, music and dance to create an odyssey between the ancient and the modern.

Now in its 44th year, Mordine & Co. has won critical acclaim for its dance theater works that combine sheer movement with wit and technical sophistication.   Known for its cross-disciplinary collaborations with artists in the fields of music, theater, visual design, video and puppetry, Mordine & Co. strives to infuse the field of dance with new modes of performance and expression.  Founder Shirley Mordine began her early training in San Francisco with Welland Lathrop, Anna Halprin, and the San Francisco Ballet School.  She performed with the Welland Lathrop Dance Co. for 10 years.  After graduating from Mills College in Oakland, California, she taught at the University of Minnesota for three years and continued her studies with Alwin Nikolais and Murray Louis.  Moving to Chicago in 1969 she founded The Dance Center of Columbia College and directed it until 1999.  Under her direction, The Dance Center has evolved into a multifaceted institution at the national forefront of dance education.  She received the first Ruth Page Award for Outstanding Individual Contribution to the field of dance and was honored again in 1994 with a Ruth Page Award for Outstanding Artistic Achievement for her ground breaking work combining movement with text, film, video, slides, and computer images,Edge Mode, Part I.  In 2008, Mordine was awarded an Illinois Arts Council 2008 Artists Fellowship Award in Choreography in recognition for outstanding work and commitment within the arts.  In honor of the Mordine & Co. Dance Theater’s 40th Anniversary and to recognize the company’s contribution to the performing arts, Chicago Mayor Richard M. Daley proclaimed February 28, 2009, to be “Mordine & Co. Dance Theater Day in Chicago.”

Clinard Dance Theater is a flamenco dance company that offers bold new works, dance classes, and community outreach work.  Artistic Director Wendy Clinard founded the ensemble in 1999.  After completing a BFA at The Art Inst of Chicago in 1993, Clinard embarked on a rigorous apprenticeship with flamenco dancer Edo Sie and augmented her studies in Spain with notable teachers as Juana Amaya and Hiniesta Cortez.  Clinard has created four full-evening works and several smaller works.  Through her company work, Clinard has been an invited choreographer to Jacob’s Pillow (2000) and The Birmingham Royal Ballet (2001).  The company has participated in a guest residency at the Hambidge Center in Rapbun, Georgia (2002) and at The Chicago Cultural Center’s Dance Bridge Program (2006 and 2010).  Clinard has taught for the past 15 years in schools, higher education and dance/theatre/painting studios.  Locally she has taught for Chicago’s Gallery37, De Paul University, Columbia College, College of Lake County, Salt Creek Ballet, Homer Bryant Ballet, Dimitri Roudnev Ballet, and Redmoon Theatre.  Clinard is the principal instructor at Clinard Dance Theatre Studio, located in Chicago’s Pilsen neighborhood, where she runs their adult and pre professional dance school.

Chicago’s Deeply Rooted Dance Theater (DRDT) is rooted in traditions of African-American dance, storytelling, and universal themes that spark a visceral experience and ignite an emotional response in diverse audiences worldwide.  Collaborating with nationally renowned choreographers, across the spectrum of modern, ballet, and African dance, DRDT’s work reflects many voices in contemporary life.  In Chicago, DRDT has performed at numerous renowned venues including the Auditorium Theater, the Shubert Theater, and The Dance Center of Columbia College, Chicago.   DRDT has been a resident company of the Harris Theater for Music and Dance since 2003 where it now presents its annual fall performances.  Co-Founder and Artistic Director Kevin Iega Jeff trained at the Bernice Johnson Cultural Arts Center, New York City’s High School for the Performing Arts, Darvash Ballet School, and the Alvin Ailey American Dance Center before matriculating into The Juilliard School.  As a dancer he has been praised for his technical brilliance and rigor, his dramatic power, and the singular ability to perform and bridge different dance forms in a seamless manner, whether it be ballet, modern, contemporary or African-American dance.  In 1995, he co-founded Deeply Rooted Productions in Chicago along with Gary Abbott.  As a choreographer, Iega has created more than fifty works.  In 2005, Iega was named as one of the Juilliard School’s 100 Outstanding Alumni in celebration of the school’s centenary anniversary.  Among his other awards are those from the National Endowment for the Arts, the National Council for Culture and Arts, and the BTAA Best Choreography award for Church of Nations.

Shawn Decker is a composer and artist who creates sound and electronic media installations and writes music for live performance, film and video.  His work has been frequently performed, seen and heard in the U.S. and Europe at a wide variety of venues.  He frequently collaborates with other artists, including most recently Jan Erik-Andersson and Anne Wilson.  Decker is a Professor in the Art and Technology and Sound departments at the School of the Art Institute of Chicago.