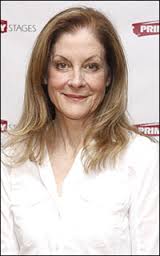 Hallie Foote, an actress best known for playing some of her father’s most memorable characters both on and off Broadway and in feature films, will visit Raven Theatre on Wednesday, January 14, 2015 for a public event entitled “A Conversation with Hallie Foote” about Horton Foote. Horton Foote, who died in 2009, was the author of nearly 100 plays, teleplays and screenplays, including The Trip to Bountiful, Tender Mercies and To Kill a Mockingbird. Hallie Foote’s roles in her father’s plays have included award-winning turns in The Trip to Bountiful and The Roads to Home and a Tony Award nomination for Dividing the Estate. She was a producer of both the 2013 Broadway production of The Trip to Bountiful starring Cicely Tyson and the television version of the same. While in Chicago, Ms. Foote will attend a rehearsal and consult on Raven’s upcoming production of Horton Foote’s Dividing the Estate.

The conversation will be led by Chris Jones, the Chief Theatre Critic of the Chicago Tribune. The discussion will begin at 7:30 and is open to the public. The program will also include a reading by Raven ensemble members and other Chicago actors, directed by Producing Artistic Director Michael Menendian, of a short excerpt from Foote’s play The Old Friends (seen in New York in fall 2013 in a production by the Signature Theatre featuring Betty Buckley and Hallie Foote). Admission price is $10.00 and tickets may be ordered online at www.raventheatre.com or by phone at 773-338-2177. Raven Theatre is located at 6157 N. Clark Street.

The public appearance by Ms. Foote will be the first in a series of events presenting and discussing Horton Foote’s plays for stage, screen and television as well as his book-length memoirs.

Foote’s last new play to be presented on Broadway, Dividing the Estate will be presented in Chicago for the first time by Raven Theatre Company, in a production directed by Associate Artistic Director Cody Estle. One of Foote’s few comedies, it’s a sharply satiric look at the members of a once-wealthy family whose fortunes have declined and are debating dividing the family estate before the death of their octogenarian matriarch Stella. Though a comedy, it like many of Foote’s dramas is an insightful look at the changes in American society over the course of the 20th Century. Preview performances are Tuesday, January 27 through Sunday, February 1. Opening night is Monday, February 2and the production will run through Saturday, March 28.

Free Screening of The Trip to Bountiful, featuring the Tony and Emmy Award Winning performance of Cicely Tyson; with an introduction by Professor Anna Everett of the University of California at Santa Barbara. Sunday, February 15, 7 PM.

Foote’s best-known play, about a woman in her sixties who longs to travel from Houston to her rural Texas hometown, initially premiered as a live television drama in March 1953. It was expanded into a full-length Broadway play later that year and was revived on Broadway in 2013 with Tyson and Vanessa Williams in the lead roles. A feature film version with Tyson and Williams reprising their roles was produced by Lifetime Television and aired in early 2014. Tyson’s portrayal of Carrie Watts, for which she won a Tony Award as Leading Actress in a Play, again brought gold to the actress when she was honored with an Emmy Award for her performance in the TV film version.

This screening of the film, shot on location in Georgia, will be introduced by Professor Anna Everett of the University of California at Santa Barbara. Professor Everett, who is a noted broadcast historian and theorist in African-American film studies will speak live via Skype.
Audience Talkback following the Sunday, February 22 matinee performance of Dividing the Estate, led by Raven Theatre Executive Director Kelli Strickland.

Raven’s regular audience talkback will give audiences a chance to offer feedback and ask questions of some of the artists involved in the production.
Free reading of Foote’s Courtship and Valentine’s Day, directed by Raven Associate Artistic Director Cody Estle.

The Orphans’ Home Cycle is a series of nine plays based on the life of Foote’s father between the years 1902 and 1928. The first play, Roots in a Parched Ground, was originally written in 1962. The other eight were written in the 1970’s and produced individually between 1978 and 1999. The plays were produced as a complete cycle for the first time in 2009 by Hartford Stage and New York’s Signature Theater. Courtship and Valentine’s Day are the fifth and sixth plays of the cycle, and concern the courtship and the first year of marriage of Horace and Elizabeth Robedaux, the characters based on Foote’s parents.

Book club discussion of Farewell: A Memoir of a Texas Childhoodby Horton Foote.

Foote’s memoir, written in 1999, is an affectionate look back at Foote’s extended family members and neighbors in Wharton Texas, where he was born in 1916 and lived until he was 16 years old. As a boy, Foote eagerly listened to the stories told by his elders. Those histories, as well as his own experiences, inspired the many plays and screenplays he created over his lifetime and readers will recognize characters and situations from those works in his memoir.

Raven will have copies of Farewell for sale throughout the run of Dividing the Estate and will invite readers to gather for a one-time book club to discuss it at the theater on Tuesday, April 14.

Horton Foote (1916-2009) had a 70-year career in which he authored plays for the stage as well as original dramas and literary adaptations for feature films and television. Most of his stage plays, teleplays and screenplays were set in Harrison, Texas – a fictionalized version of his real life hometown of Wharton, Texas. His biographer Wilborn Hampton said “Mr. Foote depicted the way ordinary people shoulder the ordinary burdens of life, finding drama in the resilience by which they carry on in the face of change, economic hardship, disappointment, loss and death.”

His first hit, which arguably remains his best known work, was The Trip to Bountiful, which was first produced as a live television drama in 1953. It was expanded for a Broadway production later that year and was an Academy-Award winning film in 1985, a Tony-Award winning stage production in 2013 and Emmy-Award winning television film in 2014. He also won Academy Awards for his film adaptation of Harper Lee’s novel To Kill a Mockingbird and his original screenplay for 1983’s Tender Mercies. Foote won the Pulitzer Prize for Drama in 1995 for his play The Young Man from Atlanta.

Frank Rich, chief theater critic of The New York Times from 1980 to 1993, said. Foote was “a major American dramatist whose epic body of work recalls Chekhov in its quotidian comedy and heartbreak, and Faulkner in its ability to make his own corner of America stand for the whole.”

Chris Jones is the chief theater critic and a Sunday culture columnist for the Chicago Tribune. His reviews of theater, performance, circus and comedy for the newspaper now number in the thousands and his weekly, wide-ranging Sunday column explores all aspects of culture and its relationship with American life and ideas. He also serves as a critic for CBS-2 Chicago, appearing live each week, and, in 2014, he became the new director of the National Critics’ Institute at the Eugene O’Neill Theater Center in Connecticut. He also is the author of Bigger, Brighter, Louder: 150 Years of Chicago Theater, published in 2013 by the University of Chicago Press.

His major public interviews in Chicago have included events with Stephen Sondheim, Kevin Spacey, Ayad Akhtar, David Henry Hwang, Harvey Fierstein, Richard M. Sherman, Tracy Letts and many others. He has appeared on “Nightline” with Ted Koppel, CBS Sunday Morning, NPR’s “Morning Edition” and “All Things Considered” and a variety of other networks including the Canadian Broadcasting Corporation and the BBC.

Dr. Anna Everett is a Professor of Film, Television and New Media Studies at the University of California, Santa Barbara (UCSB). Her former administrative positions include Acting Associate Chancellor for Diversity, Equity and Academic Policy; Chair of the UCSB Department of Film and Media Studies, Director of the UCSB Center for Black Studies. Dr. Everett is a two-time recipient of the Fulbright Senior Scholar Award (2005, 2007) among other honors and awards. Her many other publications include the books Returning the Gaze: A Geneology of Black Film Criticism, 1909-1949. Learning Race and Ethnicity: Youth and Digital Media (for the MacArthur Foundation’s series on Digital Media, Youth and Learning), New Media: Theories and Practices of Digitextuality, AfroGeeks: Beyond the Digital Divide, Digital Diaspora: A Race for Cyberspace, and Pretty People: Movie Stars of the 1990s. She is finishing a new book on President Obama, social media culture and the Where U @ generation.

Michael Menendian
Michael Menendian is a co-founding member and Co-Artistic Director of Raven Theatre, where he has directed and designed many productions including: All My Sons, The Playboy of the Western World, A Soldier’s Play, Glengarry Glen Ross, Golden Boy, A Streetcar Named Desire, A View From The Bridge, Dancing At Lughnasa, Death Of A Salesman and Cat on a Hot Tin Roof. He has earned multiple Jeff awards for direction and design.

Cody Estle
Cody Estle is Associate Artistic Director of Raven Theatre Company, where he has directed Vieux Carré, Good Boys and True, Brighton Beach Memoirs, Boy Gets Girl and Dating Walter Dante. Some of his other directing credits include Watch on the Rhine (Artistic Home) and Uncle Bob (Mary-Arrchie). He’s assistant directed at Northlight Theatre, Goodspeed Musicals, Court Theatre, Writers Theatre, Next Theatre, Caffeine Theatre and Strawdog Theatre. He serves on the faculty of Cherubs at Northwestern University and is a graduate of Columbia College Chicago.

Kelli Strickland, Executive Director of Raven Theatre Company, previously served as Raven’s Director of Education and Outreach. Prior to her return to Chicago, she was a Fellow at the Kennedy Center for Performing Arts in Washington, DC. Onstage, Kelli was most recently seen in Good Boys And True and Raven’s inaugural Evermore!performance, with her nationally touring one-woman show, We’ve Got A Badge For That. Kelli taught in Loyola University’s Department of Fine and Performing Arts for 15 years, including courses in Theatre History, Dramatic Literature and Theatre in Chicago.