About Face Theatre’s Chicago Premiere of ABRAHAM LINCOLN WAS A F*GG*T Continues Through July 5, 2015 at Greenhouse Theater Center 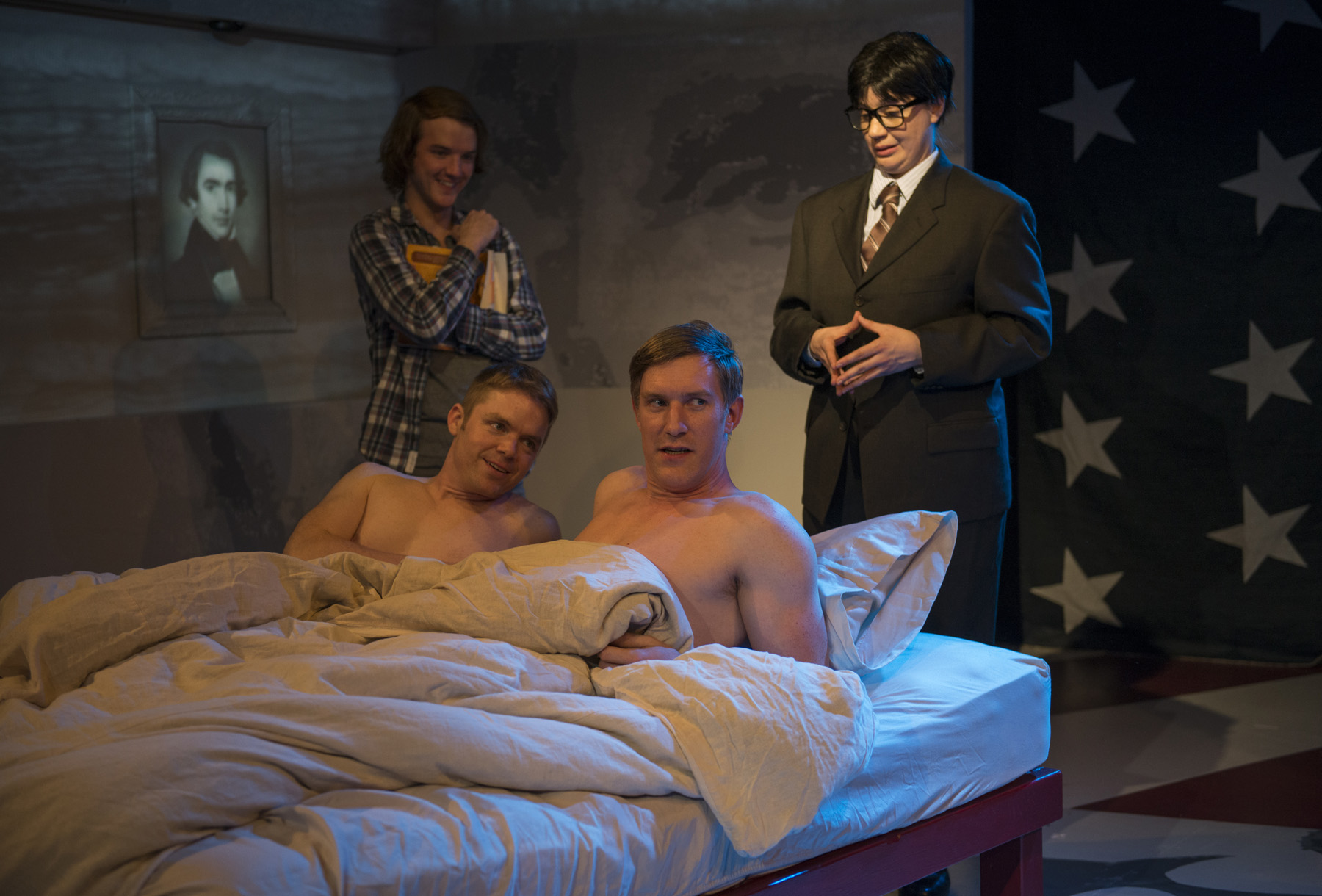 About Face Theatre is pleased to continue its 2014-15 season with the Chicago premiere of ABRAHAM LINCOLN WAS A F*GG*T by Bixby Elliot, directed by Artistic Director Andrew Volkoff, playing June 5 – July 5, 2015 at the Greenhouse Theater Center (Upstairs Studio), 2257 N. Lincoln Ave. in Chicago.  Tickets are currently on sale at www.aboutfacetheatre.org, by calling (773) 404-7336 or in person at the Greenhouse Theater Center Box Office.ABRAHAM LINCOLN WAS A F*GG*T will feature Dana Black, Matt Farabee, Jessie Fisher, Lane Flores, Nathan Hosner and Derrick Trumbly.

17-year-old Cal thinks his favorite president was gay, just like him. In his quest for proof, he takes a road trip to the nation’s capital and encounters budding high-school romance, Ellen DeGeneres, party girl Mary Todd and sex in a 19th century mattress store. Discover the truth lurking just beneath the stovepipe hat in this time-jumping, pop music-infused play about history, family and the importance of heroes… then and now.

“I’m thrilled to share Bixby Elliot’s irreverent and insightful comedy with Chicago audiences,” comments AFT Artistic Director Andrew Volkoff. “His unique voice and theatrical sensibility brings just the right touch of humanity to understanding what it means to be a hero and what it means to need one.”

Title: ABRAHAM LINCOLN WAS A F*GG*T

Tickets: Previews: $20 adults/$10 students & seniors. Regular run: $35 adults/$20 students & seniors. Discounts available for groups of 10 or more. Tickets are currently on sale at www.aboutfacetheatre.org, by calling (773) 404-7336 or in person at the Greenhouse Theater Center Box Office.

Andrew Volkoff (Director) joined About Face Theatre in 2013 as Artistic Director. He is also a freelance director specializing in new and contemporary works and has directed numerous productions (including several world and regional premieres) in New York, across the U.S. and abroad. Andrew served as Associate Artistic Director of Barrington Stage Company (BSC) in Massachusetts for five years and Genesius Theatre Group in New York City for three years. He also acted as the Co-Artistic Director of the Hangar Theatre Lab for one season. Andrew has worked as the Associate Director on Ella for Rob Ruggiero at Dallas Theatre Center and other regional theatres, is a Drama League Directing Fellow, and an SDC member.  Proud to be the first director chosen to participate in the U.S./Bulgaria Directors Exchange Project, Andrew directed the Bulgarian premiere of John Kolvenbach’s Lovesong in Sofia at the Nikolai Binev Theatre, where it is in its second year of repertory. He is currently developing several plays and musicals.  He attended Macalester College in St. Paul, MN.

ABRAHAM LINCOLN WAS A F*GG*T is supported by the Arch and Bruce Brown Foundation.