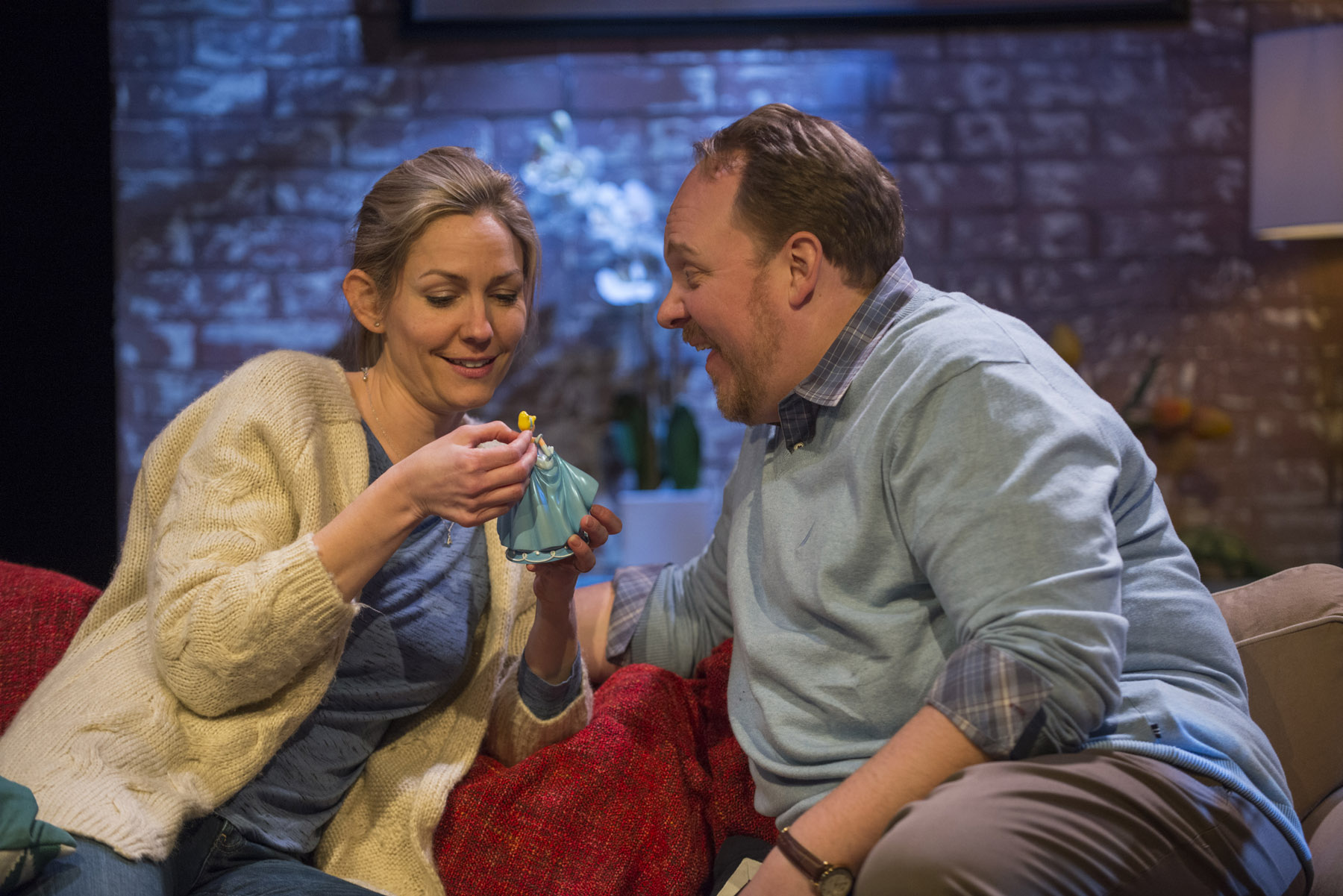 About Face Theatre is pleased to continue its 2014-15 season with the Chicago premiere of A KID LIKE JAKE, Daniel Pearle’s contemporary dramedy about parenting, gender and fitting in. Directed by Keira Fromm, A KID LIKE JAKE will play February 6 – March 15, 2015 at the Greenhouse Theater Center (Upstairs Studio), 2257 N. Lincoln Ave. in Chicago.  Tickets are available at www.aboutfacetheatre.org, by calling (773) 404-7336 or in person at the Greenhouse Theater Center Box Office.

Alexandra and Greg’s intelligent and precocious four year-old son Jake is a leading candidate for enrollment in one of Manhattan’s top kindergarten programs.  But when attention turns to his passion for Cinderella and dress-up, Jake’s gender non-conforming behavior becomes a lightning rod, calling into question assumptions about gender, class, education and acceptance through the lens of 21st century parenting.

“I’m thrilled to be giving this important play its Chicago premiere, with modern parenthood becoming more and more complex and the definition of family ever broadening,” comments About Face Artistic Director Andrew Volkoff. “Daniel Pearle’s intelligent, perceptive script wades into the highly charged waters of gender identity, parenting and our need to ‘fit in.’ It’s a thought-provoking and timely story that will speak to every one of us,” adds Volkoff.

As part of its mission to facilitate dialogue around LGBTQIA issues, About Face will be hosting a series of free, weekly post-show discussions following each Sunday matinee. A moderated panel of experts will discuss a variety of topics including gender development in children, contemporary parenting and discovering identity for young people. For a complete listing of Sunday Symposium topics and panelists, visit www.aboutfacetheatre.org.

Daniel Pearle (Playwright) received the 2013 Laurents/Hatcher Foundation Award for A Kid Like Jake. His other plays include Bel Canto, Tearin’ Up My Heart, The Prodigies, Freefall, Plunder and The Truth About Christmas. Additional honors include: 2013 Laurie Foundation Theatre Visions Fund Award, 2008 Loeb Drama Center Phyllis Anderson Prize and MacDowell Fellow.

Keira Fromm (Director) is a Jeff Award nominated director, casting director, and teacher in Chicago. Recent directing credits include the hit TimeLine Theatre production of The How and the Why, Luce (Next Theatre), Charles Ives Take Me Home (Strawdog), Broadsword (Gift Theatre), Fallow (Steep Theatre), Enfrascada (16th Street Theater) and Lobby Hero (Redtwist); as well as staged readings at TimeLine, Steep, About Face, Route 66 and Chicago Dramatists. While living in NYC, Keira served as the Resident Director of the popular off-Broadway shows The Donkey Show and The Karaoke Show and was the Audience Casting Coordinator for the original Broadway production of The 25th Annual Putnam County Spelling Bee. Keira received her MFA in Directing from The Theatre School at DePaul University. She is a proud member of the Lincoln Center Theater Directors Lab and an ensemble member of the New York based theater company Stage 13. She teaches audition and monologue workshops at Green Shirt Studio.