About Face Theatre Benefit Reading of THE HOMOSEXUALS – Saturday, December 19 at The Chicago History Museum 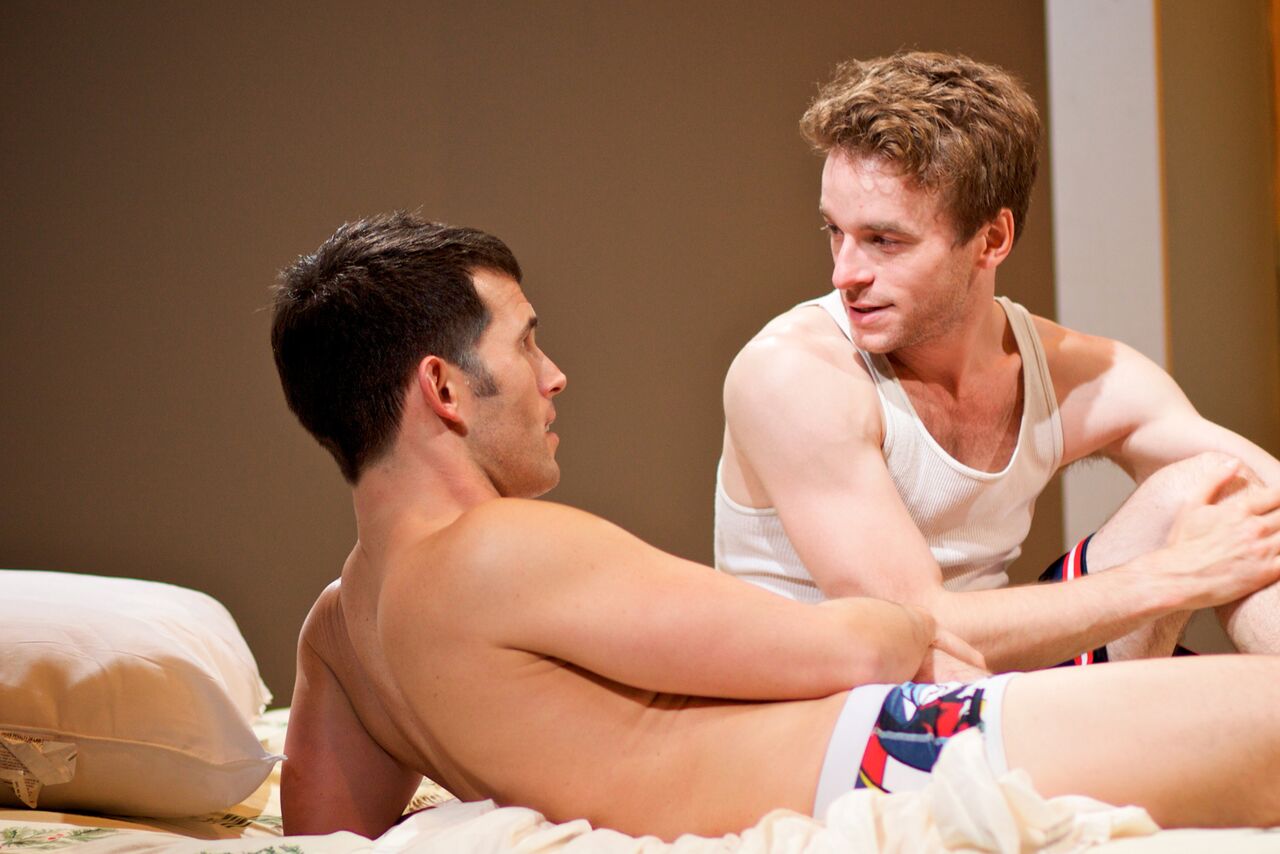 About Face Theatre is excited to present a one-night-only benefit reading of its 2011 runaway hit THE HOMOSEXUALS by AFT Artistic Associate Philip Dawkins, directed by original director Bonnie Metzgar and featuring the full original cast. Throughout its 20th anniversary season, About Face is serving up readings of some of their most succesful and pivotal plays from the last two decades. THE HOMOSEXUALS benefit reading will be held Saturday, December 19, 2015 at 6:30 pm at The Chicago History Museum’s Rubloff Auditorium, 1601 N. Clark St. in Chicago. Following the performance, guests are invited to participate in a talkback with the playwright, director and cast – and enjoy food and refreshments sponsored by Apart Pizza. Tickets go on sale on Friday, November 20, 2015at aboutfacetheatre.com.

THE HOMOSEXUALS is a comedic and heartwarming work for anyone who’s ever fallen in love with a friend. The play follows Evan, a young gay man who moves to the Midwest with nothing but the shirt on his back. When a kind man invites him to a party his first night in town – the circle of friends he meets that night have an impact on his life that he (nor we) could ever imagine. Philip Dawkins’ epic play careens through a decade, examining the fears, doubts and hopes facing the gay community in the 21st century.

During its original run, THE HOMOSEXUALS enjoyed two sold out extensions and has gone on to many productions across the country. This winter, About Face will also present the world premiere of Dawkins’ romantic comedy LE SWITCH.

Philip Dawkins‘ (Playwright) work includes the upcoming world premiere of Le Switch with About Face Theatre in January 2016. Other works include the world premiere of Miss Marx: Or The Involuntary Effect of Living (Strawdog Theatre), which won the Joseph Jefferson Award for Best New Work, as well as recent critically-acclaimed plays The Homosexuals and Failure: A Love Story, which both also received Joseph Jefferson nominations for New Work after their world premieres with About Face Theatre (2011) and Victory Gardens Theater (2012), respectively. His plays for young folks are published through Playscripts, Inc. A graduate of Loyola University, Mr. Dawkins is an Artistic Associate of About Face Theatre and an Ensemble Playwright at Victory Gardens. He teaches playwriting at Northwestern University, his alma mater Loyola University Chicago and through the Victory Gardens ACCESS Program for writers with disabilities.  His latest play, Charm, (a commission by Northlight Theatre) had its world premiere this October at Steppenwolf Garage.

Bonnie Metzgar (Director) is a playwright, director, dramaturg and producer. Recent directing: Let Me Down Easy at American Theater Company and Walk Across America for Mother Earth by Taylor Mac for Garage Rep at Steppenwolf. Currently, Metzgar is the interim Artistic Director at American Theater Company and is on the National Advisory Committee for Howlround. She served as Artistic Director of About Face from 2008-2013 where she directed numerous shows including The Pride and The Homosexuals at Victory Gardens. Previously, Metzgar produced the 365 Festival with Suzan-Lori Parks and was Associate Producer at the Public Theater where she founded Joe’s Pub. She is a proud alum of the 2015 Goodman Theater Playwrights unit and got her MFA from University of Iowa Playwrights Workshop.