The Auditorium Theatre’s 2016 – 17 Season kicks off with two great events opening their American Music Series, Cole Porter 125 – A Birthday Celebration and On Stage With…Susan Werner. Cole Porter is celebrated as a master of the American Songbook, known for writing classics like “I’ve Got You Under My Skin” and “I Get a Kick Out of You,” along with many other well-known musicals and songs. Susan Werner is a celebrated contemporary folk singer who has received national acclaim for her songwriting and modern interpretations of classic styles.

“The American Music Series highlights some of the greatest songwriters of our time,” says Henry Fogel, Auditorium Theatre’s Interim Chief Executive Officer. “The Auditorium is thrilled to open our season with one of the greatest American songwriters, as well as this unique and talented Chicago artist, and celebrate both of their contributions to the country’s cultural landscape.”

On Saturday, September 24, Chicago’s favorite cabaret singer Joan Curto directs and stars in Cole Porter 125 – A Birthday Celebration along with some of the best musicians and singers in the area: jazz vocalists Paul Marinaro and Tammy McCann and the cabaret duo Beckie Menzie and Tom Michael. Porter was born in 1891 and had a lustrous career that spanned over five decades, during which he wrote the music and lyrics for the musicals Anything Goes and Kiss Me, Kate. Curto’s program features many of Porter’s most beloved songs including “Night and Day” and “Just One of Those Things,” as well as a few lesser known gems. The City Lights Orchestra, led by Rich Daniels, will accompany the cast. The orchestra has performed alongside Ray Charles, Paul McCartney, and Mel Torme in the past. 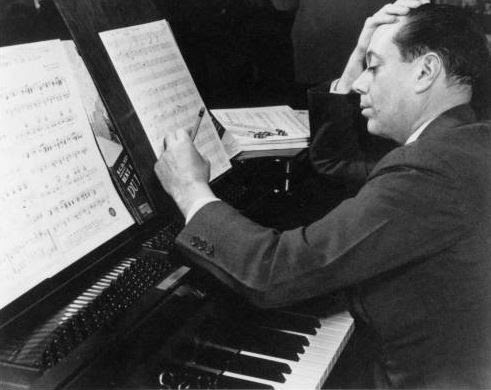 “The sophisticated rhymes and erudite imagery of Cole Porter’s lyrics made him one of the nation’s preeminent songsmiths.” – PBS

“[Curto is] a seasoned interpreter who makes every note count.” – Chicago Tribune

Saturday, September 24 | 7:30 PM Tickets start at $29, and are available online atAuditoriumTheatre.org, by phone at 312.341.2300, or in-person at the Auditorium Theatre Box Office (50 E. Congress Parkway). Discounts available for groups of 10+. Cole Porter 125 is part of the American Music Series, which offers a 30% discounted subscription online at AuditoriumTheatre.org.

Susan Werner returns for her ninth Auditorium Theatre performance on Thursday, September 22. Werner, whom NPR calls the “Empress of the Unexpected,” effortlessly mixes folk, jazz and pop with her classic Midwestern charm and sassy wit. The audience will be seated right on the Auditorium’s historic landmark stage, giving Werner’s performance an intimate cabaret feel. Her most recent album, Hayseed, was released in 2013.

“A triply blessed artist who sings adroitly, plays the piano smartly, and, best of all, writes songs of genuine distinction and high craft.” – Chicago Tribune

“Susan Werner, a clever songwriter and an engaging performer, brings literacy and wit back to popular song.” – The New Yorker

Tickets start at $50, and are available online at AuditoriumTheatre.org, by phone at312.341.2300, or in-person at the Auditorium Theatre Box Office (50 E. Congress Parkway). Discounts available for groups of 10+. Susan Werner is an add-on of the American Music Series, which offers a 30% discounted subscription online atAuditoriumTheatre.org.

Chicago Jazz Magazine is the Official Media Sponsor of the American Music Series.

Upcoming Events at the Auditorium Theatre

September 22: On Stage With … Susan Werner

About The Auditorium Theatre

The Auditorium Theatre, located at 50 E. Congress Pkwy in Chicago, is an Illinois, not-for-profit organization committed to presenting the finest in international, cultural, community and educational programming to Chicago, and to the continued restoration and preservation of the National Historic Landmark. In September of 2014, the Auditorium Theatre was awarded the inaugural Fifth Star Award by Mayor Rahm Emanuel and the Chicago Department of Cultural Affairs and Special Events.

The Auditorium Theatre 2016-17 Season is made possible in part with support from theMacArthur Foundation, the Illinois Arts Council and the Palmer House Hilton. For more information about programming, volunteer and donor opportunities or theatre tours, call312.341.2310 or visit AuditoriumTheatre.org. For a complete listing of events at the Auditorium Theatre, please click here.