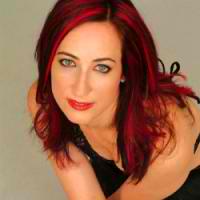 Podcast With Rachael Sage from Michael Roberts on Vimeo.

Indie singer/songwriter/producer Rachael Sage is honored to have caught the eye of one of music’s legendary artists, Judy Collins. Collins has hand-picked Sage to perform at New York’s renowned Café Carlyle, on September 22nd. The 10:45pm show by Sage will be a stand-alone concert following Collins’ residency performance, which will take place earlier that evening.


For Sage, a long-time New Yorker and a singer-songwriter of growing acclaim, her burgeoning relationship with an artist of Collins’ stature is a dream come true. In addition to the high-profile Carlyle invitation, Collins has recently presented Sage on a series of U.S. tour dates, and an itinerary of upcoming joint appearances follows below.

Judy Collins has shown a long-standing love for singer-songwriters. She was one of the first to bring the works of Leonard Cohen, Joni Mitchell, Jimmy Webb and others to the forefront of pop music, and she continues support legit up-and-coming artists such as Rachael Sage. Collins praised:

“Rachael Sage is a marvelous young artist – and I am a fan! “Haunted By You” has a beauty that shines through her lyrics and melodies– poignant, tender and tough. These are stories from the heart that will lift you up and carry you to places you had never dreamed.” Judy Collins


As for what to expect at her Café Carlyle debut, Sage is likely to embrace the room’s legacy of elegance, and place her focus on the power of her songwriting. She is known for an engaging theatricality all her own, and, while not a Broadway/Cabaret artist, Sage is no stranger to the impact of the genre and has great respect for the Carlyle’s history of notable performers.

Sage’s two Edinburgh Fringe Festival one-woman shows, her Joe’s Pub appearances (including the holiday-themed “Tchatchkes & Latkes”), her acting background (she studied at The Actors Studio and The New York Shakespeare Lab at The Public Theater), all combine to create a singer-songwriter with a compelling stage presence. She has been covered by THE WALL STREET JOURNAL, THE NEW YORK TIMES, THE HUFFINGTON POST, TIME OUT NY, AMERICAN SONGWRITER, M MUSIC & MUSICIANS MAGAZINE, ALL MUSIC, iTUNES EDITORIAL, GAY CITY NEWS, and more. Visit her Press Page to read key coverage:http://rachaelsage.com/press-kit/press-clips


More about Rachael Sage:
A soulful vocalist and innovative keyboardist, singer/songwriter and producer Rachael Sage has become one of the busiest touring artists in independent music, performing 150+ dates a year throughout the US, UK, Europe and Asia.

MPress Records released “Haunted By You” in May 2012. With special guest appearances by Dar Williams, Mike Visceglia (Suzanne Vega), David Immergluck (Counting Crows), Doug Yowell (Duncan Sheik) and more, it was produced by Sage and mixed by Kevin Killen (U2, Elvis Costello).